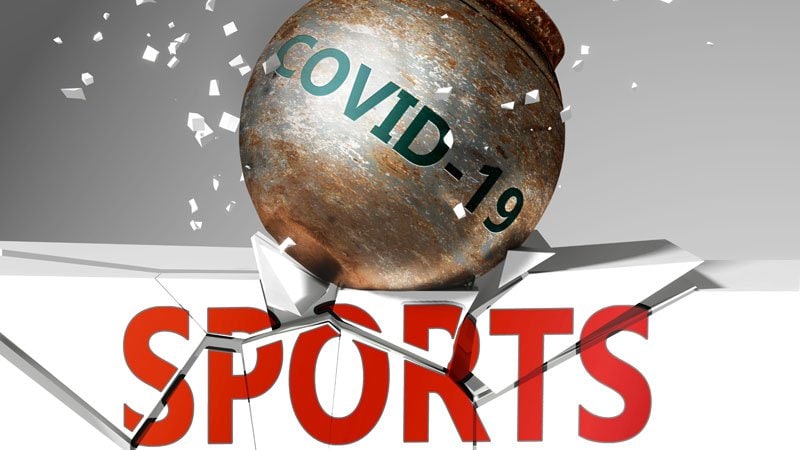 In 2004, Tara Kirk Sell broke the world record in the 100-meter breaststroke, earning a silver medal at the Olympics in Athens, Greece. She remembers the grueling training leading up to the games but also fondly recalls the camaraderie among the athletes. One evening in the dining hall, she says, Greek music blared out over the speakers and the sense of celebration was palpable.

Now, with the debate heating up about whether the Tokyo Olympics, postponed last year due to the pandemic, should again be canceled or postponed, Sell also sees the public health side. She’s a senior scholar at the Johns Hopkins Center for Health Security and studies pandemic preparedness. Like other public health experts, she understands the call to cancel the games. Fueling the fear over the Olympics is the recent disclosure that nine vaccinated New York Yankees team members and staff tested positive in what are being called “breakthrough” cases. If it happened to them, what might happen to vaccinated Olympians?

“From an athlete’s perspective, I would want the games to go on if they could,” Sell says. For some, it could be their last chance at winning the gold. “I think we could have the Olympics safely, but if people don’t want to have the Olympics, that changes the story. I think we also need to respect what’s going on in Japan.”

Japanese citizens, traditionally strong supporters of the Olympics, are anxious. Protests in Tokyo, with citizens marching in the streets, are ongoing. A survey released Monday found that 83% of Japanese voters believe the games should be canceled or postponed again. And, earlier this week, the Tokyo Medical Practitioners Association, with 6,000 members, urged the International Olympic Committee to cancel the games, which are scheduled to begin July 23.

Vaccination rates in Japan are extremely low. As of May 19, only 2.8% of Japan’s 126 million citizens were vaccinated, according to Reuters. COVID infections are on the rise, with 5,679 new infections reported on average each day.

Even so, the IOC is standing firm. In a posting on the IOC website May 10, president Thomas Bach says: “We will continue to be guided by scientific and medical expertise from around the world to organize safe Olympic and Paralympic Games Tokyo 2020 for everyone.” The IOC is working with the World Health Organization to manage testing, quarantines, arrival, and other measures.

On Wednesday, Bach said he was confident that 80% of athletes would be vaccinated before the start of the games, according to Reuters.

Many public health experts say the games should be canceled or postponed. If the games proceed in Tokyo as planned, ”this has the potential of being a super-spreader event,” says William Schaffner, MD, an infectious disease expert at Vanderbilt University Medical Center in Nashville. “With the widespread COVID in Japan stressing their health care system, with very low vaccination rates at the moment in Japan, bringing many people into international venues this summer is setting things up for future spread, including among the athletes and all the people who service the athletes.

“From a public health point of view, the facts line up in favor of not having the Olympics in Tokyo.”

One option short of cancellation, he says, would be to set up venues around the world so the event could be made safer.

“This is really all about money,” says Timothy Brewer, MD, a professor of medicine and epidemiology at the UCLA School of Public Health and Medicine. While COVID case numbers are increasing in Japan, ”Japan is still doing really well compared to the U.S. and Europe in their peaks.” The real issue, he says, is the country’s low vaccination rate. “They haven’t vaccinated a lot of people, so why run the risk of causing more spread? I think the risk is not necessarily to the athletes [many of whom may be vaccinated], but more to the Japanese general population.”

Ethics would dictate postponement, agrees Arthur Caplan, PhD, a bioethicist at New York University. “Protect your athletes, protect Japan,” he says. “I think it’s still premature to mix the vaccinated and the unvaccinated.”

He doesn’t hold out hope that that will happen. “It looks like the government is gung-ho to make this happen.”

Transmission After Vaccination: How Likely?

The Yankees’ cluster of infections in vaccinated people has triggered more questions about what might happen in families, at workplaces, and at events like the Olympics. Seven of the infected members don’t have symptoms, and two have mild symptoms, CNBC reported.

The Yankees’ outbreak ”is the kind of clustered outbreak that suggests the vaccine is not infallible in preventing transmission,” says Larry Corey, MD, a professor of medicine at the Fred Hutchinson Cancer Research Center and principal investigator of the COVID-19 Prevention Network operations center. While he and other experts say the evidence is leaning toward the vaccines usually protecting against transmission of the virus, ”the evidence that we have on reducing transmission is indirect evidence,” he says.

The studies most often cited on transmission risk after vaccination include:

· Research studies in Israel that looked at newly vaccinated people and compared them to people who didn’t get vaccinated. They looked at different age groups. “The rates [of COVID-19] in kids declined as the vaccination rates in adults increased,” Corey says, suggesting vaccination reduces the risk of transmission.

· A study of 3,960 vaccinated U.S. health care workers and other front-line workers in which researchers found the Moderna and Pfizer vaccines 90% effective against infections, regardless of symptom status. The workers were tested weekly for 13 weeks.

“No vaccine is 100%,” Corey says. “The vaccine protects you from acquiring severe disease, hospitalization, and death,” which is its aim, he says. In that respect, the vaccines are doing their job.

Experts also agreed that it is difficult to pinpoint exactly what happened with the Yankees’ cluster. Many details are not available, such as how much time passed after vaccination. While some experts say it was likely the team members gave it to each other, citing time spent together in close quarters, others say they may have gotten infected from others they were in contact with. “It’s also possible that some [tests] were false positives,” Brewer says. What’s unique about the Yankees’ situation, he says, is the frequent testing even in the absence of symptoms.

”If the vaccine prevents severe disease and helps get the disease under control faster, it makes sense that it reduces transmission,” Sell says. “I think the answer is mostly yes.”

That was never going to be likely, other experts say.

Michael Mina, MD, an epidemiologist at the Harvard T.H. Chan School of Public Health, has argued the COVID-19 vaccines are very effective but will not prevent infections. The real point, he said, is that those post-vaccination infections are typically fairly meaningless.

“In my opinion, if they’re not infections that are causing disease, they should be viewed very differently from a breakthrough case, which is a term that should absolutely be reserved for a case that’s causing disease,” he told New York magazine.

Mina said a true breakthrough case is where a vaccinated person overwhelms the vaccines and causes the infected person to become sick.

“The real question is do those reinfections matter ― or more to the point ― do the reinfections have negative consequences?” he said.

Reuters: “IOC reassures anxious Japan that Olympics will be safe.”

The Asahi Shimbun: “Survey: 83% against holding Tokyo Olympics this summer.”