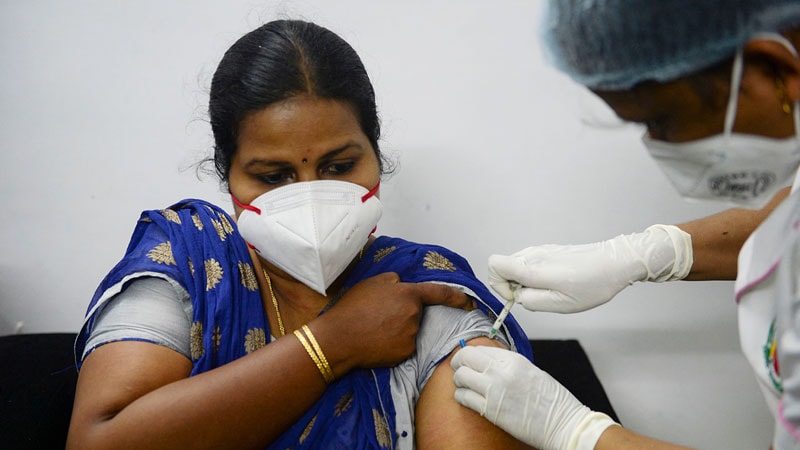 India extended COVID-19 vaccine eligibility to ages 18 and older on Saturday as the country reported another world record for new cases and states announced new lockdowns in an attempt to slow the massive coronavirus surge, according to  The New York Times .

Several states reported that vaccine shortages prevented them from expanding access, and officials urged caution around overwhelming the vaccine centers.

“As soon as vaccines arrive, we will let you know, then you can come for shots,” Arvind Kejriwal, the chief minister for Delhi, said on Saturday.

Kejriwal also extended a lockdown in the nation’s capital until May 10, according to the BBC.

“We appeal to you not to crowd vaccine centers the next few days,” he said.

India reported nearly 402,000 new daily cases on Saturday, becoming the first country to report more than 400,000 cases in a single day. The country has reported more than 300,000 daily cases for more than 10 days in a row, according to Reuters.

At the same time, about 150 million shots have been given, with about 11% of the population who have received the first dose and 2% considered fully vaccinated.

Hospitals continue to face shortages of beds, medical oxygen and personal protective equipment. At one hospital in Delhi, 12 people died on Saturday when critical patients didn’t have oxygen for about 80 minutes before re-supply tankers arrived, according to The Associated Press. In the western state of Gujarat, a hospital fire killed 18 patients and two health care workers.

Ten Indian states have imposed some form of restrictions, including night curfews, weekend lockdowns or full two-week shutdowns, the AP reported. On Sunday, the northern state of Haryana announced a complete lockdown until May 10, according to CNN. Last week,nine districts in Haryana were under lockdown, and state officials decided on Sunday to cover the full state.

The entire country should consider an “immediate” shutdown for a few weeks, Anthony Fauci, MD, the director of the National Institute of Allergy and Infectious Diseases and President Joe Biden’s chief medical advisor, told The Indian Express on Friday.

“No one likes to lock down the country,” he said. “But if you do it just for a few weeks, you could have a significant impact on the dynamics of the outbreak.”