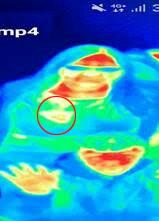 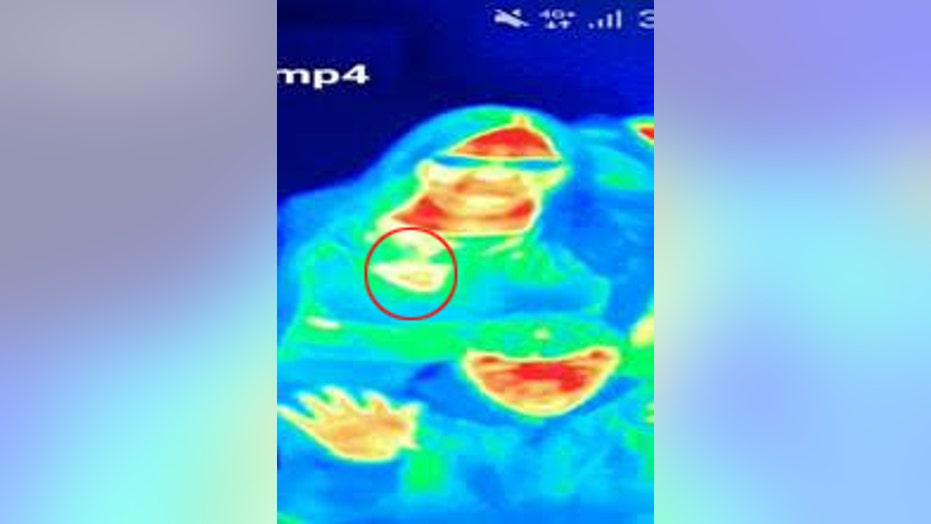 A visit to a popular tourist spot in Edinburgh, Scotland, was life-saving for one English woman after a thermal imaging display revealed a spot in her breast later diagnosed as cancer.

Bal Gill, 41, visited Camera Obscura & World of Illusions in May and has since had two surgeries to get rid of the cancer, according to a news release.

“We had been to Edinburgh Castle and on the way down we saw the museum,” she said. “While making our way through the floors we got to the thermal imaging camera room. As all families do, we entered and started to wave our arms and look at the images created. While doing this I noticed a heat patch (red in color) coming from my left breast. We thought it was odd and having looked at everyone else they didn’t have the same. I took a picture and we carried on and enjoyed the rest of the museum.” 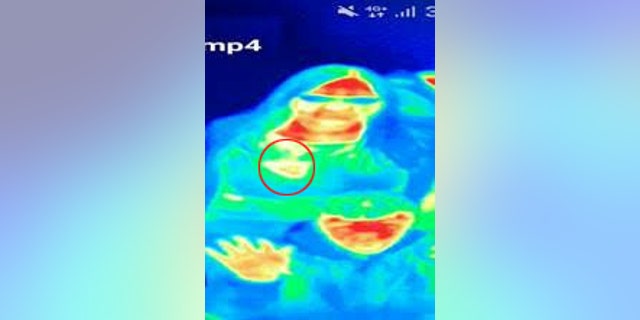 Bal Gill, 41, saw her a picture showed a red heat patch on her left breast.
(SWNS)

Gill said when the family returned home a few days later, she turned to Google to do some research on thermal images and breast cancer. When her search returned dozens of articles, she made an appointment with her doctor and was diagnosed with early-stage breast cancer.

AFTER MISCARRIAGES, WOMAN DISCOVERS CONDITION WAS GIVING HER UTERUS 'AN ACID BATH'

“I have now had two surgeries and have one to go to prevent it from spreading,” she said, in the news release. “I just wanted to say thank you: without that camera, I would never have known. I know it’s not the intention of the camera but, for me, it really was a life-changing visit. I cannot tell you enough about how my visit to the Camera Obscura changed my life.”

The camera, which was installed in 2009, is a noninvasive scan with no radiation.

“We did not realize that our Thermal Camera had the potential to detect life-changing symptoms in this way,” Andrew Johnson, the museum’s general manager, said in the news release. “We were really moved when Bal contacted us to share her story, as breast cancer is very close to home for me and a number of our team. It’s amazing that Bal noticed the difference in the image and crucially acted on it promptly. We wish her all the best with her recovery and hope to meet her and her family in the future.”