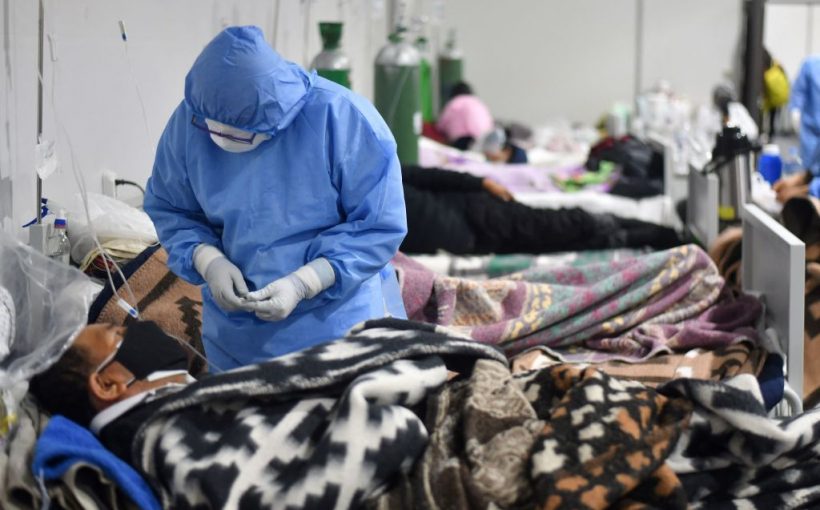 A coronavirus variant known as “lambda” is gaining the attention of health officials as it spreads around the world.

The variant, also known as C.37, was first detected in Peru in August 2020, according to the World Health Organization (WHO). On June 14, the agency designated C.37 a global “variant of interest,” or VOI, and named it lambda.

VOI means the variant is increasingly showing up in communities and has mutations that are predicted to have some effect on viral characteristics, such as increased transmissibility. In contrast, officials use the term “variant of concern,” or VOC, once reliable data shows that the variant has increased transmissibility — such as what’s been seen with the delta variant — or other worrying features.

Most recently, the variant popped up in the United Kingdom. On June 25, Public Health England reported six cases of the lambda variant, all of which were tied to overseas travel.

—Fauci says delta variant is the ‘greatest threat’ in our fight against COVID-19. Why?

—Could the novel coronavirus one day become a common cold?

Officials are monitoring the lambda variant because it carries a number of mutations that could potentially aid its spread. The variant has seven mutations in the virus’s “spike protein” compared with the original strain of SARS-CoV-2 detected in Wuhan, China.

Some of these mutations have the potential to increase transmissibility of the virus or to reduce the ability of certain antibodies to neutralize, or inactivate, the virus, according to the WHO. For example, lambda has a mutation known as F490S located in the spike protein’s receptor-binding domain (RBD), where the virus first docks onto human cells. A paper published in the July issue of the journal Genomics identified F490S as a likely “vaccine escape mutation” that could both make the virus more infectious and disrupt the ability of vaccine-generated antibodies to recognize the variant.

Still, these effects are theoretical at this point. “There is currently no evidence that this variant causes more severe disease or renders the vaccines currently deployed any less effective,” according to Public Health England. More studies are needed to see if these mutations really do affect how the virus behaves.