Home » Health News » UVA To Cut Back On Lawsuits Against Patients 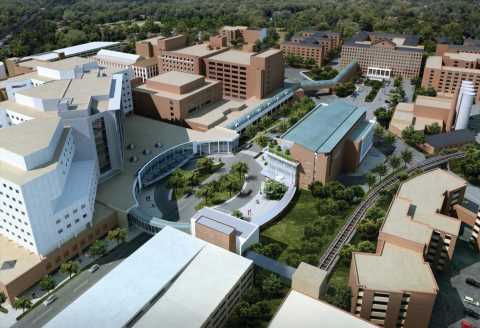 UVA Health System, which sues thousands of patients each year, seizing wages and home equity to collect on overdue medical bills, said Friday it would increase financial assistance, give bigger discounts to the uninsured and “reduce our reliance on the legal system.”

“This will have a huge impact on patients to the good,” Doug Lischke, the health system’s chief financial officer, said in an interview. The changes will “positively, drastically reduce the legal process” of lawsuits, garnishments and property liens.

“We believe this is much more generous than what we’re doing now.”

Lischke called the new policy “a first step” that could later include financial assistance beyond what was announced Friday. UVA also plans to ask the Virginia General Assembly to change a state law requiring state agencies, including health systems, to “aggressively collect” unpaid bills and charge 6% interest on the balance, he said.

But independent experts said the new UVA policy, which comes on the heels of a Kaiser Health News investigation detailing UVA’s aggressive collection practices, still leaves numerous patients exposed to lawsuits and crippling bills. KHN found that UVA sued patients more than 36,000 times over six years for more than $106 million, sending many families into bankruptcy. And it routinely billed uninsured patients for far more than what a typical insurance company would have paid.

By leaving family assets vulnerable and not fully discounting sticker-price charges, the new UVA guidelines remain “very tough on the poor and near-poor who have managed to amass anything of value that will help them with the daily costs of life,” said Sara Rosenbaum, a health policy professor at George Washington University.

The amended policy loosens qualifications for financial assistance, awarding aid to families with income of up to 400% of the federal poverty level, or $103,000 for a family of four. Until now, families making more than half that much were ineligible for assistance — the most restrictive rules of any major hospital system in Virginia, KHN found. Except in “unusual circumstances,” UVA won’t sue patients unless balances are more than $1,000 and families make more than 400% of the poverty guidelines, the health system said in a written statement.

“While these changes represent a step in the right direction, it’s unfortunate that UVA, a public institution, insists on still suing patients,” said Dr. Marty Makary, a surgeon and researcher at Johns Hopkins Medicine who studies hospital debt collection. “In my conversations with UVA surgeons, they are appalled by the practice of their center in suing patients and want it to stop.”

The changes take effect Jan. 1 but a UVA statement said the health system is “committed to working with anyone who currently has an outstanding balance or debt that they are struggling to pay.”

UVA has not decided what to do about patient lawsuits in the pipeline, Lischke said. Online court records show there are hearings scheduled for hundreds of UVA Medical Center cases over the next few weeks.

Mary Washington Healthcare of Fredericksburg, criticized earlier this summer for a far smaller number of lawsuits, said it would suspend suing patients and try to eliminate current garnishments. Methodist Le Bonheur Healthcare in Memphis, another on a growing list of hospitals called out for aggressive collections, said it would suspend all court activity for a month.

UVA will apply the new financial assistance and charging policies to patients treated in July 2017 or later, Lischke said. That means patients on current payment plans or with judgments against them could have bills eliminated or adjusted. But there will be no refunds of payments already made, he said.

The policies also apply to patients treated after July 2017 with judgments against them but no payment plan, he said. But there will be no refunds of payments already made, he said.

Taken together the changes will cost UVA “millions to tens of millions,” he said declining to give a more precise figure.

UVA Medical Center, the core of UVA Health, made an $87 million operating profit on revenue of $1.7 billion in the fiscal year ending in June and held stocks, bonds and other investments worth about $1 billion.

UVA began revising its billing and collections policies after being informed of KHN’s findings in August. It examined policies of neighboring hospitals such as Mary Washington as well as other major academic medical centers, Lischke said.

Previously just $4,000 in a retirement account could bar UVA patients from financial help, no matter how low their income. Now patients can have at least $50,000 in savings beyond the value of their home and car and still get assistance as long as they meet the income test, UVA said.

The nonprofit health system, a taxpayer-supported state agency, also said it would grant discounts of 40% to the uninsured to better reflect lower rates negotiated and paid by insurance companies. Previously, uninsured patients got only 20% off the sticker price plus another 10% to 15% if they paid promptly, which few could.

Shaving 40% from “chargemaster” prices used as a starting point for insurer negotiations puts bills to the uninsured in line with what a commercial health plan would pay, Lischke said.

That’s not enough, Rosenbaum said. She recommended they be lowered further to Medicare levels, which can be 75% off or more.  The total of UVA’s cash revenue from all health plans and government programs is 70% below chargemaster, financial forms filed with the Department of Health and Human Services show.

“Even a 40% write-off of charges remains a brutal exposure” for the uninsured, she said. “How could they possibly remain tied to their chargemaster and keep a straight face?”

As part of its ongoing review of billing and collections, UVA will consider further lowering charges to the uninsured — perhaps to Medicare levels, Lischke said.

The new policy also does nothing for those who were sued and garnished for treatment before July 2017.

So far the health system’s announcement doesn’t help the 20 UVA students reported by KHN to have “active holds” on their enrollment this semester because they owe money to the UVA Medical Center. UVA treats unpaid hospital bills the same as unpaid tuition.

UVA has not approached legislators yet about changing billing laws but hoped to have next year’s General Assembly consider it.

“I am hopeful that we are able to influence a change to not only the Debt Collection Act” requiring aggressive collection “but also the state indigent care guidelines,” Lischke said.

Gov. Ralph Northam, a physician who is close to Dr. L.D. Britt, a Norfolk surgeon and professor who is chairman of the health system’s board, has said nothing publicly beyond his Monday statement that “I am glad to hear the UVA Health System is in the process of changing their policies and practices.”