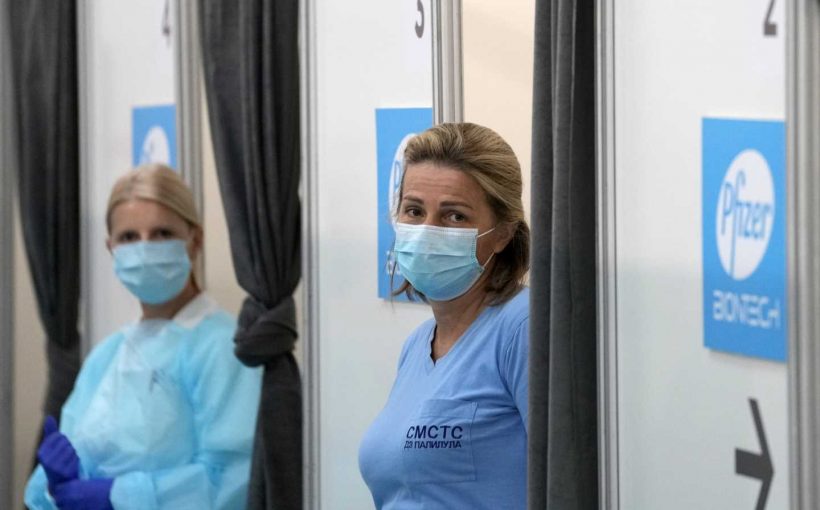 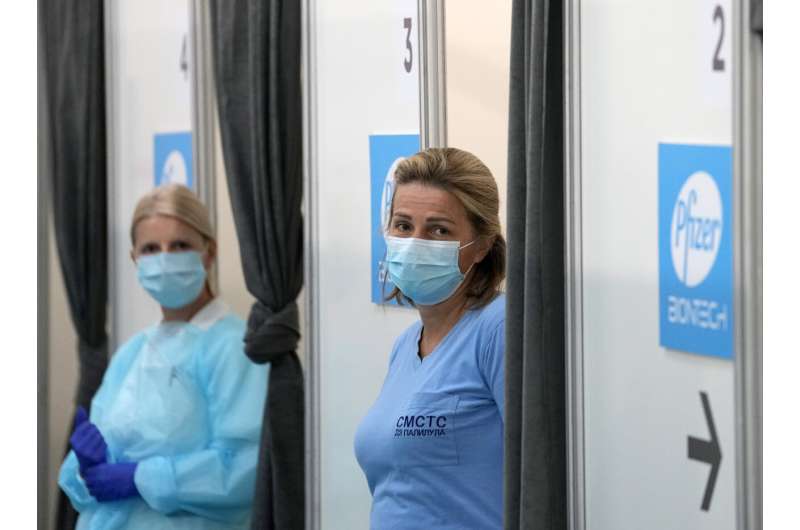 Slovenia’s health minister on Wednesday warned that the country could face a nightmare scenario if it does not contain the virus outbreak raging in the small Alpine nation and other low-vaccination countries of Central and Eastern Europe.

Health Minister Janez Poklukar said hospital beds have been filling up as the country logged the highest number of daily cases since January. With more than 3,000 confirmed infections in the past 24 hours, Poklukar said a lockdown is looming.

“While we watched with fear at neighboring Italy at the start of the epidemic, we are now at a turning point because of low vaccination rates and we could easily have a Bergamo scenario,” Poklukar said, evoking the hardest-hit Italian city last year.

Other nations in Central and Eastern Europe that also have low vaccination numbers have seen infections surge to record levels. Reluctantly, countries have been reimposing some restrictions to get a grip on the situation.

Slovenia so far has required COVID-19 passes for employees to enter their workplaces. Croatia has required them for health care and nursing home workers and in Serbia, the health pass detailing one’s vaccination status is required for late evening hours in bars, restaurants and nightclubs. Romania has reinstated tougher restrictions that also include a curfew and shutting down some venues.

While the European Union’s average vaccination rate is around 70%, countries in Central and Eastern Europe hover around 50% and less. Despite high numbers of COVID-related deaths in recent weeks in the region, it has seen only a slight up-pick in vaccinations.

“We have the weapon and the means, which is vaccination,” Poklukar said. “And we are not using it.”

In neighboring Croatia, health authorities on Wednesday also reported surging daily new cases of around 4,500 in the country of 4.2 million. Every second test in the capital Zagreb came out positive and new testing sites are being opened, authorities said.

Serbian doctors said children and small babies are among those on ventilation as the weeks-long surge of COVID-19 infections and hospitalizations shows no sign of abating. Prime Minister Ana Brnabic said there will be no immediate new restrictions but health authorities were contemplating shifting school classes online.

Serbia on Wednesday logged nearly 7,000 new infections and 64 more deaths. More than 1.1 million people have been infected in the Balkan country of 7 million while nearly 10,000 have died.