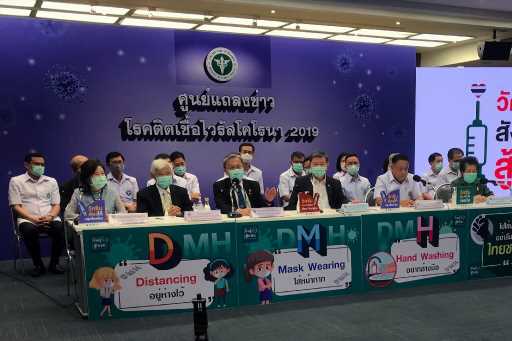 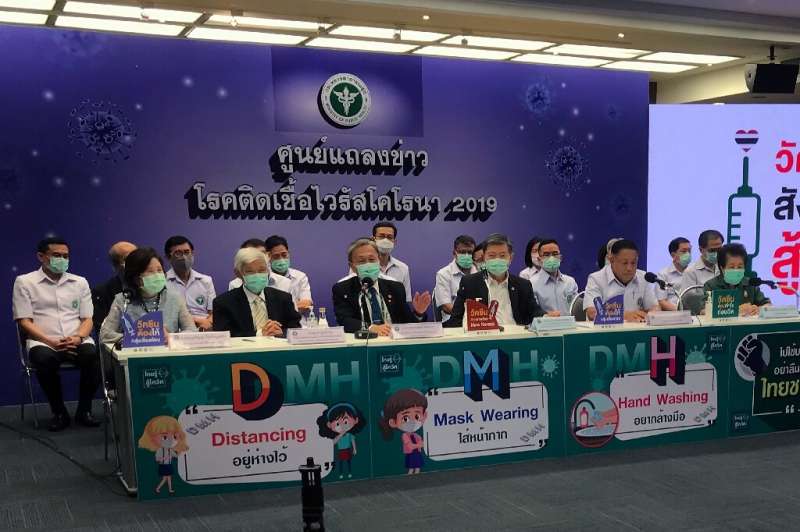 Thailand on Friday joined several European nations in suspending the AstraZeneca vaccine over blood clot fears, despite a range of health authorities around the world insisting it was safe.

The move came just hours after US President Joe Biden offered COVID-weary Americans hope of a return to some kind of normality by July 4, marking the national holiday as his target for “independence” from the virus.

After a shaky start, the US has ramped up its vaccination programme, following the advice of scientists who say jabs are the only way out of a pandemic that has killed 2.6 million people around the world.

But global hopes received a blow Thursday when Denmark, Norway, Iceland, Italy and Romania postponed or limited the rollout of their quota of Oxford/AstraZeneca vaccines after isolated reports of recipients developing blood clots.

Health regulators stressed there was no evidence of any link, but they were acting out of an abundance of caution.

Australia, Mexico and the Philippines said they would continue their rollouts as they had found no reason to alter course. Canada said there was no evidence the jab causes adverse reactions.

“Vaccine injection for Thais must be safe, we do not have to be in a hurry,” said Piyasakol Sakolsatayadorn, an adviser for the country’s COVID-19 vaccine committee. 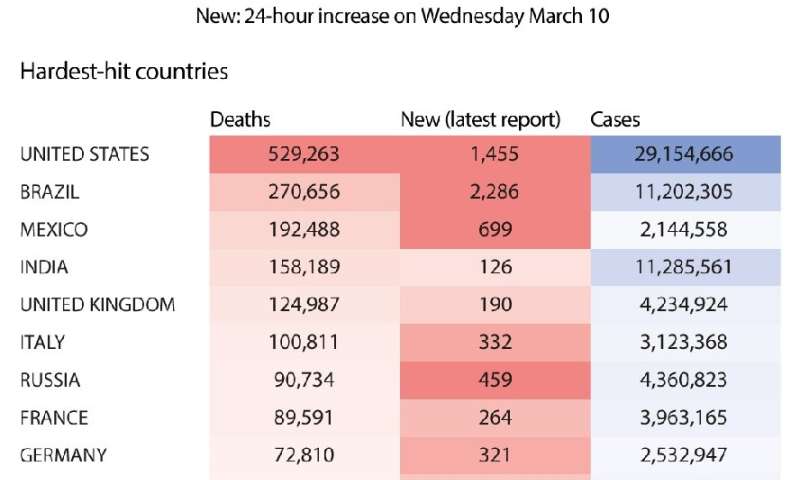 In the US, Biden laid out the path for escape from the darkest days of the pandemic in the world’s worst-hit country.

“This fight is far from over,” Biden said in his first televised primetime address as president, delivering an emotional tribute to the more than 530,000 Americans who have died from COVID-19.

He said Americans could overcome the virus if they worked together and followed health experts’ guidelines on wearing masks and getting vaccinated.

“Just as we are emerging from a dark winter into a hopeful spring and summer is not the time to not stick with the rules,” he said.

If Americans stay the course, they may be able to mark their cherished July 4th national holiday in somewhat normal circumstances, with a backyard barbecue, he said.

After falling behind in its immunisation effort, the EU is now fighting hard to accelerate its vaccine push.

It has targeted AstraZeneca, whose shares plunged more than 2.5 percent on the London Stock Exchange over the vaccine concerns, for censure over its failure to meet delivery promises. 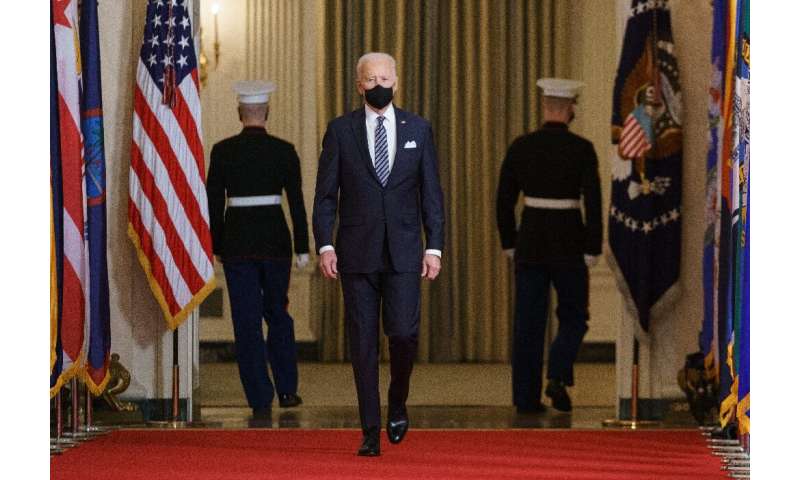 The head of the EU’s coronavirus vaccine supply task force said the pace of the company’s production was “not good enough” to meet its obligations for the first quarter of the year, the latest in a bitter spat between the 27-nation bloc and the company.

The EU approved the single-shot Johnson & Johnson vaccine on Thursday, which is stored at higher temperatures than competitors and is easier to distribute.

Despite the sluggish bloc-wide rollout, Greece on Thursday said it is aiming to reopen for tourists by mid-May because of the acceleration of its own programme.

In another boost for vaccine hopes, a real-world study in Israel showed the Pfizer/BioNTech jabs to be 97 percent effective against symptomatic COVID cases, higher than originally thought.

Since first emerging in China at the end of 2019, the coronavirus has infected more than 118 million people, with few parts of the globe left untouched.

Countries have jostled for the most effective vaccines and enough doses to inoculate their populations, in some cases many times over.

United Nations chief Antonio Guterres on Thursday lashed out at what he called the “many examples of vaccine nationalism and hoarding” that will prevent some countries from getting the resources to bring their health crises to an end.

“Many low-income countries have not yet received a single dose,” he said.