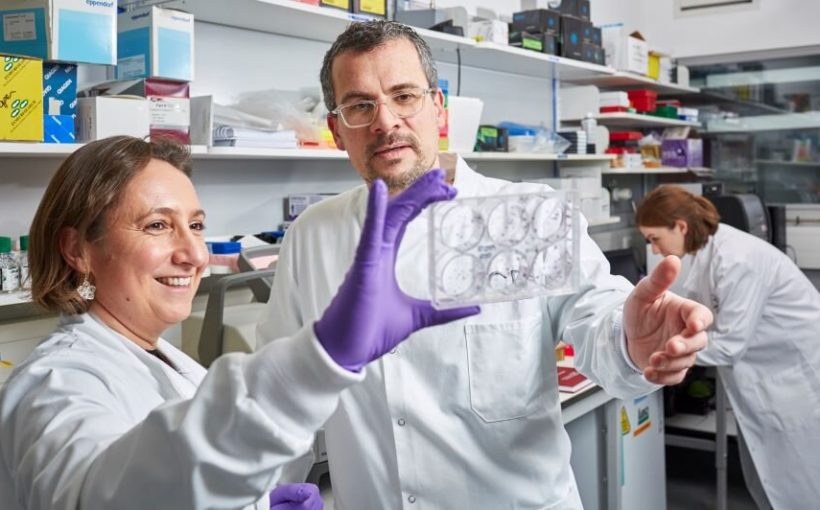 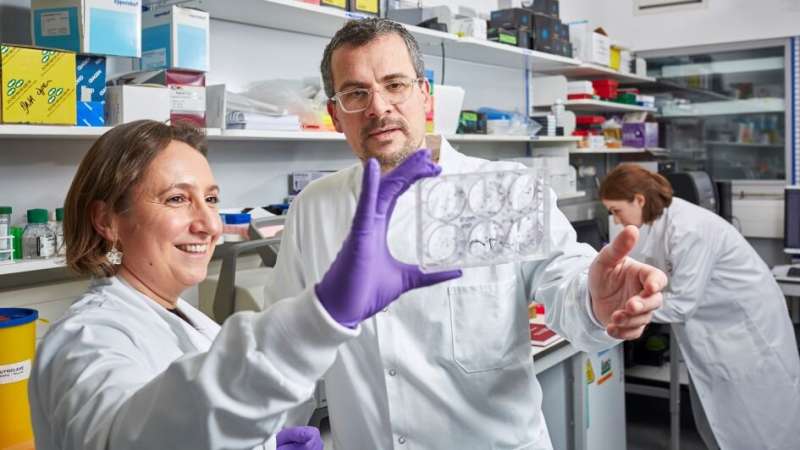 Scientists can use genetic ‘weather forecasting’ to predict how long it will take for bowel cancer to evolve resistance to a drug before a patient has even started treatment, a new study has shown.

Researchers made long-range forecasts of how cancers would evolve drug resistance by applying similar principles to those used in meteorology to predict which mutations might arise, and how they would undergo selection.

Their findings could help doctors anticipate how patients will respond to treatment—allowing them to stay one step ahead of cancer.

A team at The Institute of Cancer Research, London and The Royal Marsden NHS Foundation Trust analyzed 42 tumor samples from patients with advanced bowel cancer treated with a drug called cetuximab, an anti-EGFR antibody, which blocks growth signals to cancer cells.

The study is published today in the journal Nature Ecology and Evolution and was funded by the European Research Council under the European Union’s Horizon 2020 research and innovation program.

Scientists used genetic profiling to measure how new mutations were generated in bowel cancers prior to treatment with cetuximab.

These so-called ‘mutational signatures’ are distinct footprints left by the different processes that alter the DNA sequence of cancer cells. They can be more or less active in tumors and drive the generation of further mutations.

By understanding the complex interplay between active mutational signatures before treatment, the DNA alterations they drive, and resistance mutations that occur in response to this treatment, the researchers developed forecasting models to make precise, long-term predictions about how the cancer would evolve.

Several cancer drugs are highly effective for bowel cancer but their effects are often short-lived, with resistance developing within months. This is a consequence of cancer’s ability to adapt to new environments through Darwinian evolution.

Much like long-term weather forecasting which simulates fundamental atmospheric processes to generate accurate predictions, the study modeled how mutational signatures—the fundamental processes that fuel evolution—influence the development of resistance.

They showed that the SBS17b signature leads to specific mutations which cause drug resistance.

A specific group of mutations, referred to as KRAS/NRAS Q61H, was particularly common in cancer cells that developed resistance to cetuximab. These mutations only evolved in tumors that already had an active SBS17b signature before treatment was started, suggesting that SBS17b could be used to predict that someone will develop resistance quickly.

Knowing when drugs are likely to stop working could give clinicians more time to prepare for the next step in a person’s treatment, and to consider offering them alternative therapies or to enroll them in clinical trials.

“Allowing us to stay a step ahead of cancer’

“Over the last few years, we’ve developed ways of tracking early signs of drug resistance by taking blood samples while patients are receiving treatment, and assessing which resistance mutations are starting to evolve. Our new study goes several steps further, by instead making long-range forecasts about the development of drug resistance in bowel cancer before patients have even started on a drug.

“Our approach is similar to weather forecasting as it analyzes the most basic processes that enable cancer evolution in order to make longer-term predictions. This new technique will allow us to predict before a patient starts treatment how long it will take for a cancer to evolve resistance—allowing us to stay a step ahead of their cancer, and shape their treatment accordingly.”

“The biggest challenge we face in cancer medicine’

Professor Paul Workman, Chief Executive of The Institute of Cancer Research London, said: “Cancer evolution is the biggest challenge we face in cancer medicine. This new study assesses mutational signatures like a meteorologist measures long-term weather patterns and could offer a completely new way to predict how and when bowel cancers will evolve to evade treatment. Being able to make accurate long-range forecasts could be hugely valuable in planning a patient’s treatment, and ensuring we keep patients alive and healthy for much longer.”

Professor David Cunningham, Director of Clinical Research at The Royal Marsden, said: “Colorectal cancer is a common disease with relatively few treatment options for advanced stages. Identifying a biomarker to predict cetuximab resistance is an important step towards improving outcomes for patients with advanced colorectal cancer.

“This research demonstrates how findings from clinical trials can have a tangible and rapid impact on patients. Improving our understanding of tackling tumor mutations and drug resistance, before they occur, may enable us to develop more effective treatment plans and offer patients more timely options to stay well for longer.”

“More time to spend making memories together as a family”

Tim Morgan was diagnosed with stage 4 bowel cancer in 2015. He underwent operations, several rounds of chemotherapy and immunotherapy and a new targeted treatment—but none of the treatments worked for long. He died in November 2019, aged 48.

In 2016, while Tim received the experimental targeted therapy, he and 10 of his friends and family took on the Dartmoor Demon race, a grueling 90km cycle ride. This punishing challenge raised more than £270,000 to the ICR to support Dr. Marco Gerlinger’s research into bowel cancer. The current study was dedicated to the memory of Tim Morgan.