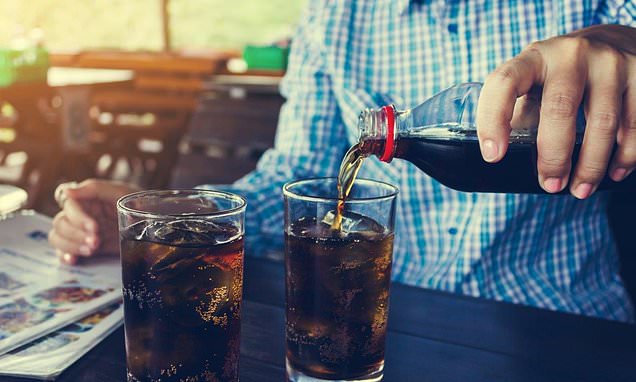 An organisation advising the EU and UN about health has been accused of trying to influence politicians on behalf of giant food companies.

The International Life Sciences Institute, based in Washington DC, is influenced by, and working to help, the companies which fund it, scientists said in a study.

The institute, funded by Coca Cola and Mars among other firms, describes its own purpose as promoting ‘global partnerships for a healthier world’.

But researchers who looked more closely at the body’s work called it a ‘global stealth network to defeat scientists’ on behalf of multinational businesses.

In one damning email to food company executives, the founder of the institute described guidelines to reduce sugar in food and drinks in the US as a ‘disaster’. 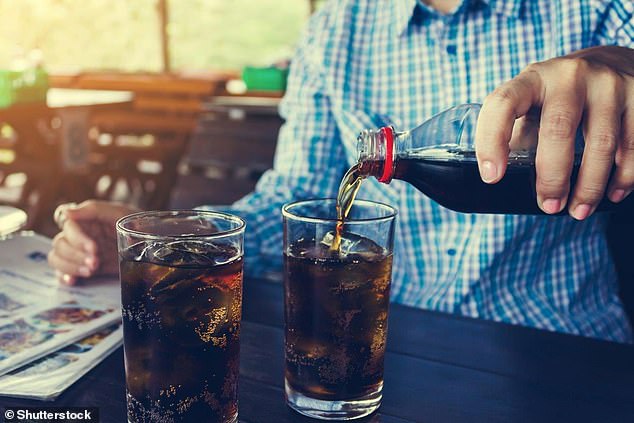 The International Life Sciences Institute has been accused of trying to influence politicians on behalf of food companies such as Coca Cola, Nestlé and Mars, which fund it (stock image)

Experts from the University of Cambridge, London School of Hygiene & Tropical Medicine, and US non-profit organisation, US Right to Know, did the research.

Using Freedom of Information rules in the US, the researchers read correspondence between senior members of the ILSI and major companies.

The organisation, which has 17 branches across the world, was founded by Alex Malaspina, a former senior vice president of the Coca Cola Company.

He was implicated in an email to manufacturers in 2015 in which he said rules to cut back on sugar in the US would ‘affect us significantly in many ways’, The Guardian reported.

Dr Sarah Steele, a Cambridge University researcher who led the study, said: ‘This non-profit organisation has been used by its corporate backers for years to counter public health policies.

‘We contend that the International Life Sciences Institute should be regarded as an industry group – a private body – and regulated as such, not as a body acting for the greater good.’

Research funded by the ILSI is regularly published in scientific journals so experts have warned it’s ‘critical’ that people understand how it works.

WHAT IS THE INTERNATIONAL LIFE SCIENCES INSTITUTE?

The International Institute of Life Sciences (ILSI) is a non-profit organisation which fund research into nutrition, public health and agriculture.

On its website the ILSI says its mission is to ‘provide science that improves human health and well-being and safeguards the environment’.

It lists research with which it is involved under the categories of food safety, nutrition and health, toxicology, and sustainable agriculture and nutrition security.

The ILSI says it is transparent about who funds it – a study by Cambridge researchers said funders include Coca Cola, Mars, Nestlé, Kraft and Monsanto.

Research it has funded appears in medical and scientific journals and the ILSI has advised the European Union and United Nations.

The World Health Organization distanced itself from the ILSI because it was concerned about links to the tobacco industry, The Guardian reported.

The Cambridge team’s study said the organisation was ‘promoting its agenda with national and international bodies to influence policy and law’.

And it added: ‘ILSI seeks to influence individuals, positions, and policy, both nationally and internationally, and its corporate members deploy it as a tool to promote their interests globally.’

Food representatives who have sat on the board include staff from Nestlé and Kraft – which owns Heinz and Capri-Sun.

And a member of Monsanto, which sells crop seeds and makes weedkiller which contains a controversial chemical linked to cancer, was also involved.

In one example of the institute trying to influence politicians, an email chain revealed executives targeting Margaret Chan, former director of the World Health Organization.

Mr Malaspina was involved in an email chain which said Ms Chan’s stance against junk food producers had ‘hardened’.

He said the ILSI ‘must find a way of someone such as a famous scientist’ to speak to Ms Chan on their behalf.

If they didn’t, Mr Malaspina continued, the WHO director would ‘continue to blast us with significant negative consequences on a global basis’.

In their study the researchers said public health officials should be ‘wary’ of the ILSI and think carefully before acting on research funded by it.

‘ILSI is Big Food’s global stealth network to defeat scientists, regulators and others who point out the health risks of their products,’ said Gary Ruskin, co-director of US Right to Know.

‘Big Food wants you to believe that ILSI works for your health, but really it defends food industry profits.’

Mr Ruskin and the UK researchers published their paper in the journal Globalization and Health.