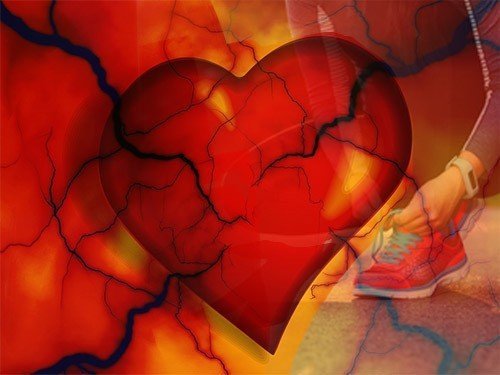 In a study published in BMJ Open Sport & Exercise Medicine, emphasizes how for athletes in middle age is important to check the risk factors of cardiovascular problems, especially high blood pressure, high cholesterol or a family history of heredity in the field of cardiovascular diseases.

Cardiovascular diseases are conditions in which there is a narrowing or blockage of blood vessels, which can lead to myocardial infarction, chest pain (angina) or stroke.

We all know that exercise is good for us, they can help prevent a number of health problems and diseases, from cancer to depression, said Barbara Morrison (Barbara Morrison), the study’s lead author and doctoral student in the Department of experimental medicine at the University. However, even if you are really active, our results show that you still can’t circumvent their risk factors.

Participants of the study were 798 athletes veterans (35 years and older) who deal with moderate to high intensity at least three times a week. This group included runners, cyclists, triathletes, rowers and hockey players.

Participants were asked a series of questions about their health, family history of disease and levels of physical activity. Also they checked blood pressure, measured waist circumference, some have an electrocardiogram with exercise. In the case of abnormal results, we conducted computed tomographic coronary angiography to determine whether there is cardiovascular disease.

In 94 men (12%) were detected expressed cardiovascular disease, 10 (1,3%) severe coronary artery disease (clogged artery of 70% or more), despite the absence of any symptoms.

These results are based on previous studies showing that acknowledged that among athletes, the veterans higher levels of cardiovascular disease than non-athletes of the same age with similar risk factors. However, veteran athletes usually have a calcified atherosclerotic plaque (they are more stable and less likely to cause myocardial infarction).

While the findings may seem alarming, the researchers stressed that this does not mean the need to quit. They are advised to regularly visit the doctor to check their health, including measurement of blood pressure and monitoring cholesterol levels, especially if you have a family history of myocardial infarction or stroke. Cardiovascular disease is treatable and the right medication may reduce the risk of mortality, especially in active people.

It is necessary to observe moderation in the exercise, explained Barbara Morrison: there is No evidence that performing exercises to the limit will make your life longer or your heart stronger, but, when brought to extremes, it can potentially cause harm. You never have to strain so much that you will not be able to train the next day.