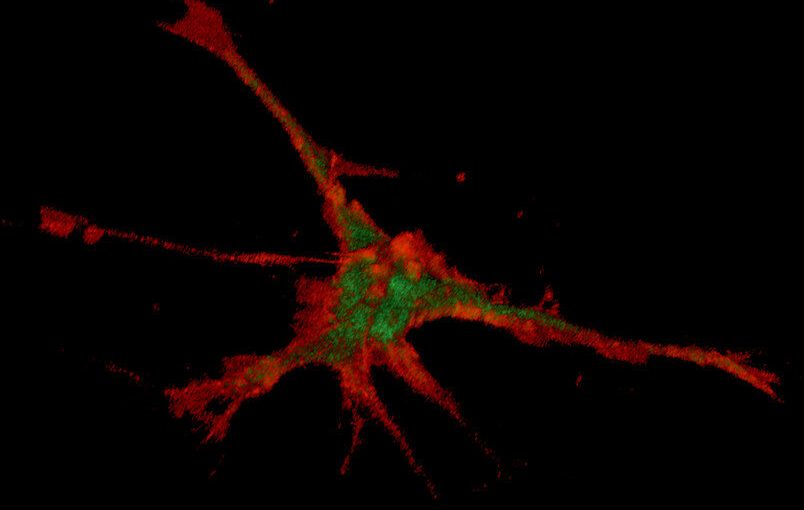 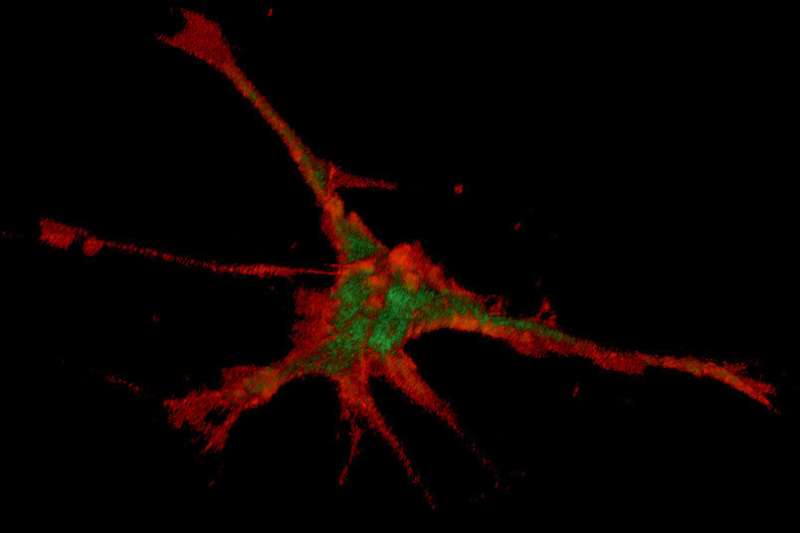 One reason why nerve damage in the brain cannot regenerate easily is that the neurites do not know in which direction they should grow. A team of researchers from Ruhr-Universität Bochum (RUB), Sorbonne University Paris, and the Technische Universität Braunschweig is now working on showing them the direction using magnetic nanoparticles. The team led by Professor Rolf Heumann, Senior Researcher for Molecular Neurobiochemistry at RUB, is hoping that this will allow the effects of neurodegenerative diseases such as Parkinson’s to be alleviated over the long term. The results of the work were published on 31 December 2020 in the journal Scientific Reports.

Neurites do not know the way

Restoring brain function following an injury or due to neurodegenerative diseases remains an unresolved problem in neuroscience and medicine. Regeneration in the central nervous system is only possible to a very limited degree as the regenerating neurite, the axon, comes into contact with proteins that have growth-inhibiting properties. “The regenerating axon also does not initially know in which direction it needs to grow to reach and functionally connect the denervated target tissue,” explains Rolf Heumann.

The team in Bochum was previously able to show that the activation of a central signaling pathway within neurons, which is triggered by the Ras protein attached to the cell membrane, protects the cells from degeneration and also brings about fiber growth. The researchers wanted to control the direction of fiber growth in the current project. To do this, they used magnetic nanoparticles, which they implanted inside model neurons. The activation of the Ras signaling pathway is triggered by permanently active Ras protein or by a Ras-regulating switch protein.

“We initially showed that we were able to move the ferrous nanoparticles within neurons in a controlled manner using magnetic tips,” explains Fabian Raudzus. The group then also succeeded in binding the Ras-regulating switch protein inside the cell to the nanoparticles and magnetically transporting them to the cell membrane. The researchers were then able to implant these functionalised nanoparticles into the neurite and allow them to accumulate at its tip, where the direction of growth is determined. The binding of the nanoparticles and Ras switch protein was demonstrated using light scattering measurements and by microscopic procedures such as fluorescence correlation spectroscopy.

The research team sees therapeutic potential in the ability to magnetically control the functionalised nanoparticles in nerve fibers: “The Japanese researcher Professor Jun Takahashi recently started a clinical trial based on the transplantation of customized neurons, to replace certain dopaminergic neurons that are lost due to Parkinson’s ” explains Heumann. “The long-term goal of our study is to promote the regeneration of transplanted dopaminergic neurons using functionalised magnetic nanoparticles in the brain.”

To achieve this, the nanoparticles must be introduced into several million neurons. The team was able to show using model cells that large cell populations were simultaneously loaded with these magnetic nanoparticles using a simple method based on mechanical pressure. This did not disrupt the induction of the growth of nerve fibers.