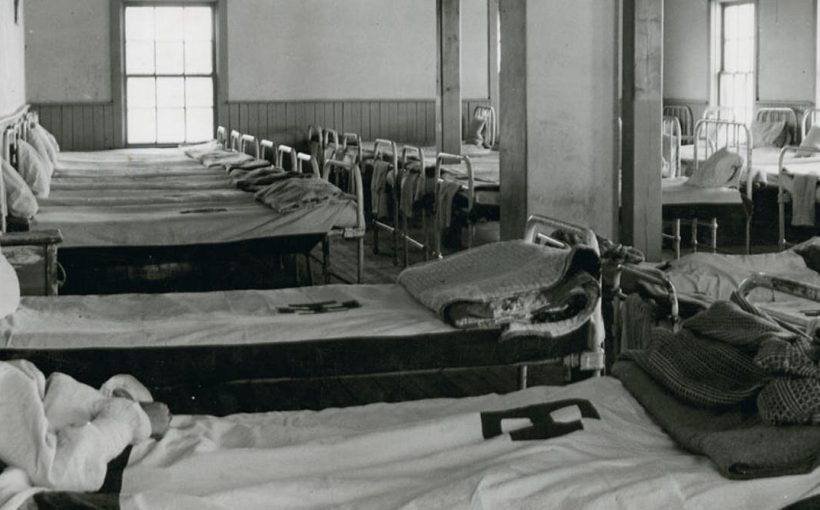 The discovery of hundreds of children’s remains in Kamloops, Brandon and Cowessess have exposed the absolute devastation settlers inflicted upon Indigenous children, families and communities through the Indian Residential School system.

As a nutrition researcher, and settler-Canadian, I am calling on my peers to recognize and understand the harms that malnutrition and nutrition experiments on Indigenous people have caused and the legacy they have left.

Ian Mosby, historian of food, Indigenous health and the politics of Canadian settler colonialism, uncovered that between 1942 and 1952, Canada’s most prominent nutrition scientists performed highly unethical research on 1,300 Indigenous people, including 1,000 children, in Cree communities in northern Manitoba and at six residential schools across Canada.

Many were already suffering from malnutrition because of destructive government policies and terrible conditions at residential schools.

In the eyes of researchers, this made them ideal test subjects.

Frederick Tisdall—famous for being a co-creator of the infant food Pablum at the Hospital for Sick Children in Toronto—along with Percy Moore and Lionel Bradley Pett were the main architects of the nutrition experiments.

They proposed that education and dietary interventions would make Indigenous people more profitable assets to Canada, that if Indigenous people were healthier, transmission of diseases like tuberculosis to white people would decline and assimilation would be easier.

They successfully pitched their plan for nutrition experiments to the federal government.

Tisdall, Moore and their team based their pitch on the results they found after subjecting 400 Cree adults and children in northern Manitoba to a range of intrusive assessments, including physical exams, X–rays and blood draws.

The pitch from Pett and his team centered on determining a baseline. They wanted to give children at the Alberni Indian Residential School a low amount of milk for two years, enough to substantially deprive growing children of the calories and nutrients they needed.

Other experiments involved withholding essential vitamins and minerals to children in control groups, while preventing Indian Health Services from providing dental care under the guise that this could impact the study results.

And even before these experiments, children at Indian Residential Schools were going hungry—with reports of severe malnutrition and signs of serious vitamin and mineral deficiencies.

Motives and racial underpinnings of the nutrition experiments

Interest in nutrition research rose dramatically in the 1940s after the Canadian Council on Nutrition stated publicly that more than 60 percent of people in Canada had nutritional deficiencies.

Most experiments up to then had been done in animals, but researchers like Pett, who was the main author of what later became Canada’s Food Guide, capitalized on the opportunity to use Indigenous people as lab rats. 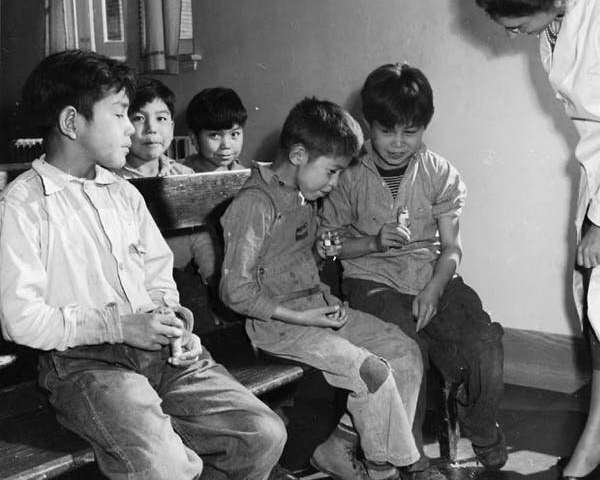 While perpetrators like Pett often operated under the façade of comprehending and helping Indigenous people, racial underpinnings of these nutrition experiments have been clear.

Investigators sought to unravel the “Indian Problem.” Moore, Tisdall and their collaborators attributed discriminatory stereotypes like “shiftlessness, indolence, improvidence and inertia” to malnutrition.

A.E. Caldwell, principal of Alberni Indian Residential School, claimed the malnutrition was caused by traditional diets and ways of living, which he also called “indolent habits.” The nutrition experiments, alongside the profoundly inadequate and low-quality foods given to children in residential schools, aligned perfectly with Caldwell’s mandate of assimilation.

Barring virtually all children from adequate traditional foods is yet another means of colonization and cultural genocide.

According to Mosby’s findings, Pett stated that he aimed to better understand the “inevitable” transition away from traditional foods, yet Indian residential schools were purposefully designed to cause this.

Their research is unethical by contemporary standards, and it is hard to believe it was ever acceptable to experiment on anyone, let alone children, without consent.

The aftermath of the Holocaust and the biomedical experiments in concentration camps led to the development of the Nuremberg Code in 1947, which states that voluntary consent for research is absolutely essential and that experiments should avoid all unnecessary mental and physical suffering.

The code came out the same year that Pett embarked on his nutrition experiments at six residential schools.

Consequences of malnutrition and experimentation

Childhood malnutrition can be deadly, especially when when coupled with the risk of disease, which was often the case in residential schools.

The Truth and Reconciliation Commission’s Final Report indicates that the main causes of death in children at residential schools were physical harm, malnutrition, illness and neglect.

For residential school survivors, malnutrition has lasting effects. Starvation during childhood increases risk of chronic conditions like Type 2 diabetes, and research indicates that severe malnutrition may even cause epigenetic changes that can be passed on through generations.

Experimenting on children who were already made to suffer was immoral.

Food insecurity and nutrition problems in Indigenous communities are major issues in Canada, resulting from residential schools and colonial policies that continue to this day.

Experiments at residential schools and in communities have made health care settings precarious and traumatic places for many Indigenous peoples and have led to a degree of vaccine hesitancy during the COVID-19 pandemic. At the same time, stigma, violence and racism towards Indigenous peoples in these contexts persist.

This particular story of malnutrition and nutrition experiments on Indigenous children and adults has been told before. It caught mainstream media’s attention in 2013 after Mosby’s research and advocacy.