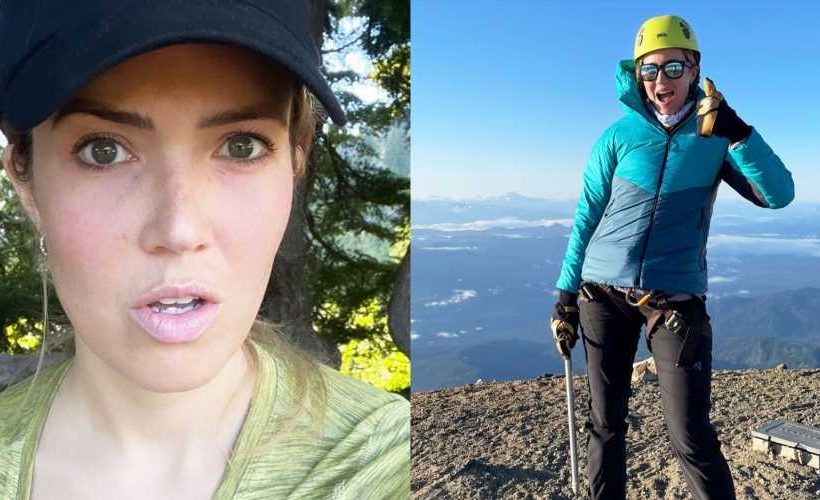 Breastfeeding and pumping is impressive under any circumstances, but Mandy Moore completely mic-dropped motherhood when she shared that she actually pumped while climbing a mountain.

Mandy, who welcomed her son August in February, documented her intense climb in a serious of Instagram Story posts. In the first one, Mandy can be seen giving the camera a thumbs up while standing on a mountain peak. “We made it. On the summit at 6:30 this am,” she wrote. “Never been this tired. And I have an infant.”

Cut to the next shot, which showed Mandy with a few friends decked out in Eddie Bauer gear. “I love you both,” she wrote, adding that they’re her “fav adventurers.” (Worth pointing out: One of them isclimber Melissa Arnot Reid, who is the first American woman to climb and descend Mount Everest without using supplemental oxygen.)

In another snap, Mandy can be seen with her hand over her eyes, next to a time that reads 12:01 a.m. “This is when we woke up this am to climb,” she wrote. “Here I am pumping lol.”

Next up is a shot of Mandy pumping on the trail. “New realities of adventuring,” she wrote. Later, you can see Mandy posing in hiking gear next to the words, “Happy to be back at it.”

Naturally, there was more pumping in the mix. Mandy shared a pic of herself with a hand pump, writing “and more pumping on the summit” over top. She even shared breathtaking video from the top and shared that she was on Mt. Baker, an active glacier-covered volcano (!) in Washington state.

FYI: Mt. Baker is 10,778 feet high and is the fourth highest summit in Washington, according to the United States Department of Agriculture (USDA).

This is far from Mandy’s first hike: She previously hiked to Mt. Everest’s Base Camp. Yep, that Mt. Everest. Mandy wrote about the “overwhelming” experience for The Hollywood Reporter in 2019, saying, “I have tears in my eyes just remembering it. I never in my life thought I would see something that remarkable. It literally took my breath away.”

And, then she pumped while hiking an active volcano… Mountain Mandy FTW!