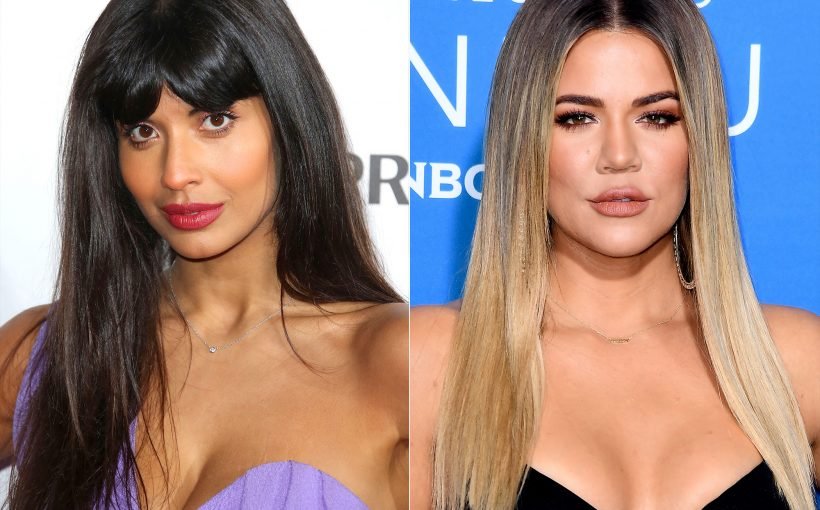 Kardashian, 34, frequently shares inspirational quotes or memes on her Instagram story, but Jamil was frustrated after the reality star posted one about weight.

Jamil, 32, tweeted a screenshot of Kardashian’s post, and said that it “makes me sad.”

Jamil said it showed how society has affected Kardashian’s self-esteem.

“Sending love to this poor woman. This industry did this to her. The media did it to her. They fat shamed her into a prison of self-critique. Dear girls, WANT MORE THAN THIS.” Jamil wrote.

A few hours later, the actress clarified that her post was not meant as a criticism of Kardashian.

“To the press outlets that said I ‘slammed’ ‘called out’ ‘came for’ ‘hit out at’ Khloé in this post. You suck. You’re trying to make a woman of colour look violent and aggressive when I could not have been more empathetic. I was criticizing the fat shaming media,” she said.

And Jamil added that her goal is to change the body image conversation.

“I am doing what I do, and saying what I say, for the mental health of young kids who follow damaging rhetoric and are at risk of internalizing it more than adults,” she said. “Nobody thinks/cares enough about their mental health … People who haven’t suffered with/or understand eating disorders don’t understand the desperate need we are in to change the conversation around weight and food. Especially media and celebrities. They need to understand how triggering words can be for those suffering with ED.”

Jamil often uses her platform to fight against online body shaming. She started the “I Weigh” movement, where people share the things they value in life, after seeing a meme that guessed the weights of all the Kardashian-Jenner women.

RELATED VIDEO: Jameela Jamil Reveals She Developed Seizures After Trying to Eat a Cookie off the Floor

But she’s also a frequent critic of the Kardashians, and several other stars. She called Kim Kardashian West a “terrible and toxic influence on young girls” in May for promoting Flat Tummy’s appetite-suppressing lollipops, and had similar words for Cardi B, who touted a detox tea.

And Jamil criticized the Kardashians during an interview on Channel 4’s Ways to Change the World podcast in September.