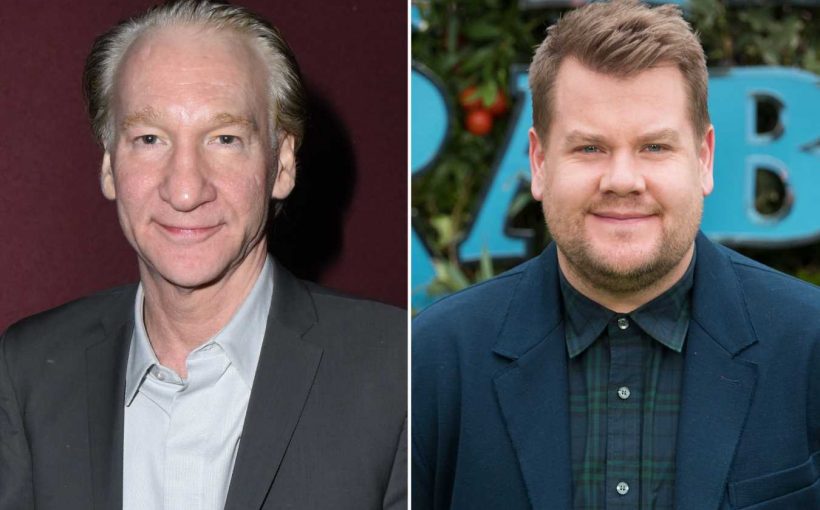 James Corden delivered a thoughtful and pointed response to Bill Maher nearly a week after the host sparked outrage by delivering a pro-fat-shaming rant in which he said criticizing people about their weight “doesn’t need to end” but “needs to make a comeback.”

During Thursday night’s show, Corden remarked that as he watched last week’s segment on Real Time with Bill Maher, he thought to himself, “if only there was someone with a platform who knew what it was actually like to be overweight,” before realizing that it was his responsibility to respond.

The Late Late Show host, 41, said he “found it so surprising that he, or anybody, thinks that fat shaming needs to make a comeback because fat shaming never went anywhere.”

“We are reminded of it all the time,” he said. “There’s a common and insulting misconception that fat people are stupid and lazy. We’re not. We get it, we know. We know that being overweight isn’t good for us. I’ve struggled my entire life trying to manage my weight.”

He quipped, “We’re not all as lucky as Bill Maher. We don’t all have a sense of superiority that burns 35,000 calories a day.”

Corden went on to say that making people feel ashamed about their weight only “leads to depression, anxiety and self-destructive behavior,” such as over-eating.

“Let’s be honest, fat-shaming is just bullying. It’s bullying, and bullying only makes the problem worse,” he said, before going on to address a specific claim Maher made about how “Europe doesn’t really have fat people”

“Your honor, I would like to present exhibit A,” Corden joked. “I lived there for 37 years and trust me, there are fat people in Europe. Maybe not as many as in America, but the reasons for that are complex. In fact, this entire issue is a lot more complex than he’s making it out to be.”

“Now Billy’s right about one thing, he really, really is, this is a health problem, it’s an issue that needs to be discussed clearly and honestly,” Corden continued, adding that there are many reasons “why people live their lives at an unhealthy weight.”

“Junk food, portion control, a lack of exercise, are all major contributing factors but poverty is also an issue,” he said, noting that genetics can play a role as well.

Corden went on to correctly point out that “a lack of shame is not the issue here.”

“If making fun of fat people made them lose weight, there’d be no fat people in schools and I’d have a six pack by now, right?” he said. “Until we make healthy food and health care more accessible and we properly educate people on nutrition and exercise, maybe we can hold back on the whole call-fat-people-virgins- until-they-lose-weight strategy.”

Corden offered one last bit of advice to the controversial host: “Bill, while you’re encouraging people to think about what goes into their mouths, just think a little harder about what comes out of yours.”