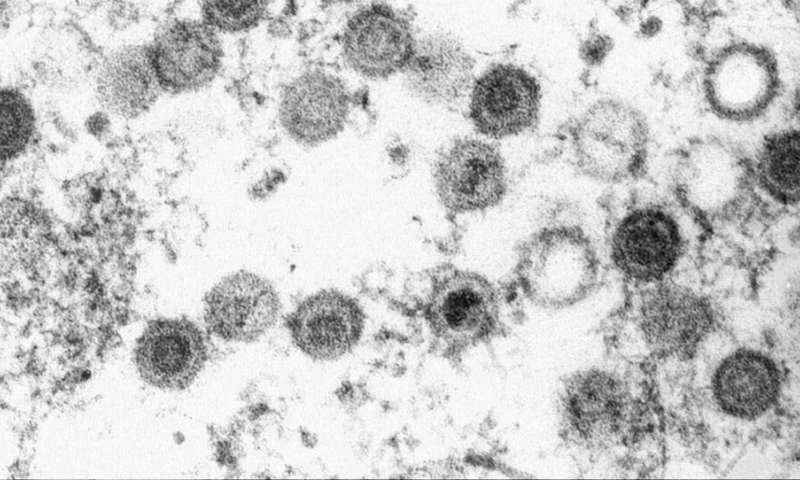 Kaposi’s sarcoma-associated herpesvirus (KSHV) is one of the seven known viruses that causes cancer in humans and is responsible for Kaposi’s sarcoma, a disease linked to immunosuppression mainly associated with AIDS. There are no specific therapies for these tumors, and prognosis can be very poor.

Now, a new study led by Pedro Simas, group leader at Instituto de Medicina Molecular João Lobo Antunes (iMM; Portugal) and a group of international collaborators has uncovered a region of viral protein, LANA, that is key for viral latency and persistent infection inside human cells. These findings, published today in the Proceedings of the National Academy of Sciences (PNAS), can potentially be used to develop therapy for KSHV tumors since blocking the function of this LANA region is expected to abolish virus persistence, which would eliminate the cancer cells.

KSHV infects human cells, primarily lymphocytes (a type of white blood cells), and through this infection expresses its own genes in the cell, taking over its growth mechanisms causing it to grow out of control, eventually causing cancer, such as Kaposi’s Sarcoma (KS) or a type of lymphoma termed primary effusion lymphoma. Therefore, understanding how viruses modulate host cell function is central to prospects for potential therapies. Critical to this are the viral proteins expressed during the latent phase of infection, which make the virus persist inside these cells and among them, the latency-associated nuclear antigen—LANA—is a central coordinator of the replication and persistence of viral genomes inside host cells.

“Our research group studies the functions of this viral protein LANA for many years. Now, we have discovered a region of LANA that is key for virus to persist. Of particular interest, this LANA region preferentially interacts with a form of a well-known tumor suppressor protein called p53. The interesting aspect of this discovery is that this region, an acidic domain reader, discerns the presence of a specific post-translation modification, acetylation, an add-on attribute that proteins might acquire while they are being produced by the cell,” explains Pedro Simas, senior author of this study. These modifications determine the structure of a protein therefore its function. Through a series of genetic and biochemical experiments using models of infection, researchers now show that the interaction of this specific “reader” region of LANA with unacetylated p53, or possibly other unacetylated proteins may allow the virus to persist in tumor cells.