Home » Health News » Cancer: How close are we to curing it? 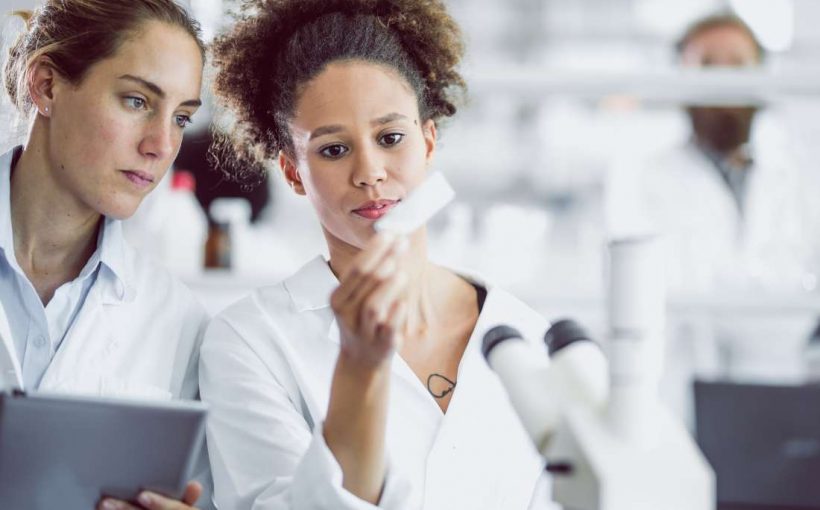 The World Health Organization (WHO) note that, worldwide, nearly 1 in 6 deaths are down to cancer.

Currently, the most common types of cancer treatment are chemotherapy, radiotherapy, tumor surgery, and — in the case prostate cancer and breast cancer — hormonal therapy.

However, other types of treatment are beginning to pick up steam: therapies that — on their own or in combination with other treatments — are meant to help defeat cancer more efficiently and, ideally, have fewer side effects.

Innovations in cancer treatment aim to address a set of issues that will typically face healthcare providers and patients, including aggressive treatment accompanied by unwanted side effects, tumor recurrence after treatment, surgery, or both, and aggressive cancers that are resilient to widely utilized treatments.

Below, we review some of the most recent cancer research breakthroughs that give us renewed hope that better therapies and prevention strategies will soon follow suit.

One type of therapy that has attracted a lot of attention recently is immunotherapy, which aims to reinforce our own bodies’ existing arsenal against foreign bodies and harmful cells: our immune system’s response to the spread of cancer tumors.

But many types of cancer cell are so dangerous because they have ways of “duping” the immune system — either into ignoring them altogether or else into giving them a “helping hand.”

Nanoparticles are microscopic particles that have garnered so much attention in clinical research, among other fields, because they bring us the chance to develop precise, less invasive methods of tackling disease.

Vitally, they can target cancer cells or cancer tumors without harming healthy cells in the surrounding environment.

Some nanoparticles have now been created to provide very focused hyperthermic treatment, which is a type of therapy that uses hot temperatures to make cancer tumors shrink.

Last year, scientists from China and the U.K. managed to come up with a type of “self-regulating” nanoparticle that was able to expose tumors to heat while avoiding contact with healthy tissue.

“This could potentially be a game-changer in the way we treat people who have cancer,” said one of the researchers in charge of this project.

These tiny vehicles can also be used to target cancer stem-like cells, which are undifferentiated cells that have been linked to the resilience of certain types of cancer in the face of traditional treatments such as chemotherapy.

Thus, nanoparticles can be “loaded” with drugs and set to “hunt down” cancer stem cells to prevent the growth or recurrence of tumors. Scientists have experimented with drug-filled nanoparticles in the treatment of various types of cancer, including breast cancer and endometrial cancer.

No less importantly, minuscule vehicles called “nanoprobes” can be used to detect the presence of micrometastases, which are secondary tumors so tiny that they cannot be seen using traditional methods.

Dr. Steven K. Libutti, director of the Rutgers Cancer Institute of New Jersey in New Brunswick, calls micrometastases “the Achilles’ heel of surgical management for cancer” and argues that nanoprobes “go a long way to solving [such] problems.”

Three different studies — whose results were all published in January this year — looked at ways of cutting off cancers’ nutritional supplies.

One of these studies looked at ways of stopping glutamine, a naturally occurring amino acid, from feeding cancer cells.

Certain cancers, such as breast, lung, and colon, are known to use this amino acid to support their growth.

By blocking cancer cells’ access to glutamine, the researchers managed to maximize the impact of oxidative stress, a process that eventually induces cell death, on these cells.

Some aggressive types of breast cancer may be halted by stopping the cells from “feeding” on a particular enzyme that helps them to produce the energy they need to thrive.

Another way of depleting cancer cells of energy is by blocking their access to vitamin B-2, as researchers from the University of Salford in the U.K. have observed.

As one study author says, “This is hopefully the beginning of an alternative approach to halting cancer stem cells.” This strategy could help individuals receiving cancer treatment to avoid the toxic side effects of chemotherapy.

Epigenetics refers to the changes caused in our bodies by alterations in gene expression, which dictate whether certain characteristics appear or if certain “actions” are affected at a biological level.

According to research that addressed the impact of such changes, many cancers, as well as the behaviors of cancer cells, are determined by epigenetic factors.

“Recent advances in the field of epigenetics have shown that human cancer cells harbor global epigenetic abnormalities, in addition to numerous genetic alterations.”

“These genetic and epigenetic alterations interact at all stages of cancer development, working together to promote cancer progression.”

Thus, it is crucial for specialists to understand when and where to intervene and the expression of which genes they may need to switch on or off, depending on their role in the development of cancer.

One study, for instance, found that the gene responsible for the advent of Huntington’s disease produces a set of molecules whose action may actually prevent cancer from occurring.

Now, the researchers’ challenge is to channel the therapeutic potential of this process without triggering Huntington’s disease. However, the scientists are hopeful.

“We believe a short-term treatment cancer therapy for a few weeks might be possible,” says the study’s senior author.

Another recent study was able to establish that estrogen-receptor positive breast cancers that become resistant to chemotherapy gain their resilience through genetic mutations that “confer a metastatic advantage to the tumor.”

But this knowledge also gave researchers the “break” that they needed to come up with an improved treatment for such stubborn tumors: a combination therapy that delivers the chemotherapeutic drug fulvestrant alongside an experimental enzyme inhibitor.

What does this all mean?

Cancer research is running at full speed, taking advantage of all the technological advances that science has achieved over recent years. But what does that mean in terms of coming up with a cure for cancer?

Whether or not there will ever be a cure for all cancer types is currently a matter of strong debate; although promising studies are published and covered by the media almost every day, cancer types vary immensely.

This makes it very difficult to say that an approach that works for one type will be adaptable to all.

Also, while there is much emerging research promising more effective treatments, most of these projects are still in their early stages, having conducted in vitro and in vivo experiments. Some potential treatments still have a long way to go before clinical trials in human patients.

Still, that doesn’t mean we should lose all hope. Some researchers explain that these efforts should make us optimistic; while we may not be at the stage where we can claim that cancer can easily be eradicated, our furthered knowledge and ever more precise tools keep us ahead of the game and improve our odds in the fight against this disease.