Home » Health News » How tissues harm themselves during wound healing 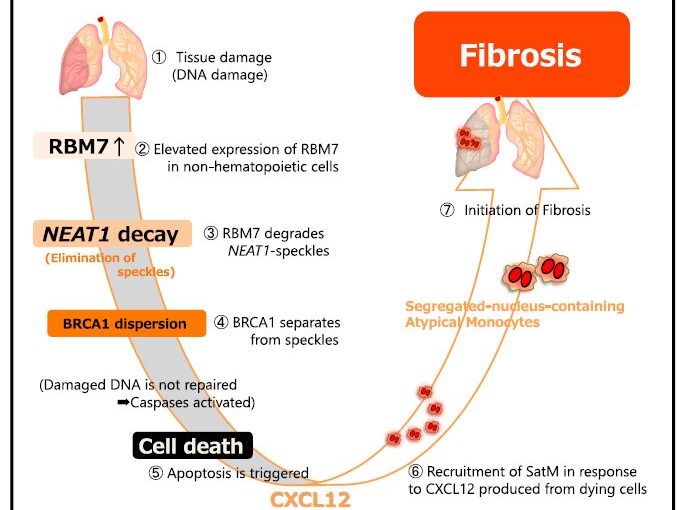 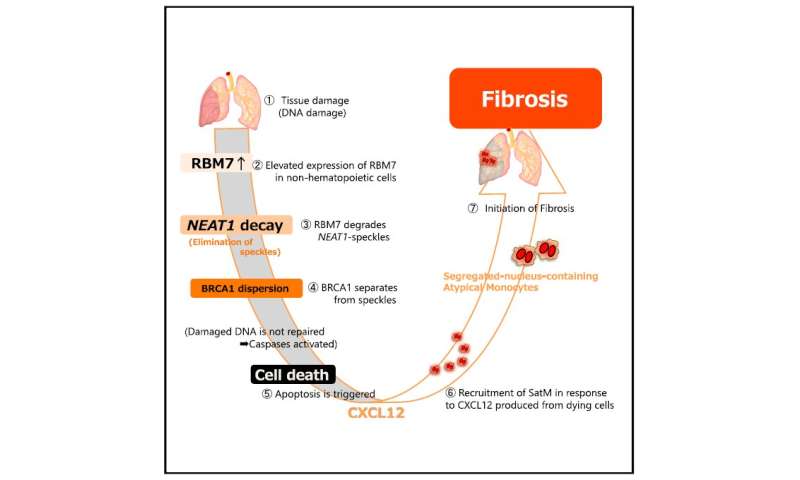 Most tissues of the body have the extraordinary ability to heal themselves upon injury. But sometimes something goes awry during the complex process of wound healing and the tissue forms too much connective tissue, also called fibrosis, around the injured area, which can result in the organ not functioning properly. Now, researchers from Osaka University have identified a novel protein that plays a central role in the development of such excess scar tissue. In a new study published in Immunity, they showed how the protein Rbm7 induces cell death after tissue injury to then result in the recruitment of a specific type of immune cells, which initiate the formation of tissue fibrosis.

While the reasons for tissue injury can be manifold, including infections, trauma and drug side effects, the default response of the tissue is quite the same in all these cases: Forming new tissue to heal and replace the injured tissue. This seemingly straightforward task includes a complex interplay between tissue and immune cells. While a plethora of molecular actors have been described to participate in this crosstalk, a clear understanding of how tissue fibrosis develops and how it could be prevented has been lacking.

“Fibrosis is a serious phenomenon that irrevocably worsens tissue function,” says corresponding author of the study Shizuo Akira. “The goal of our study was to further our mechanistic understanding of fibrosis and discover a potential new avenue for medical treatment of tissue fibrosis.”

“What made the discovery of Rbm7 so intriguing is the fact that mice lacking Rbm7 produced much less lung fibrosis,” says lead author of the study Kiyoharu Fukushima. “We wanted to know the molecular basis for the pro-fibrotic actions of Rbm7.”

The researchers showed that an interaction between damaged tissue cells and a specific type of immune cells, so called segregated-nucleus-containing atypical monocytes (SatMs), is key to the onset of fibrosis. When tissue is damaged, by for example the drug bleomycin, affected tissue cells ramp up the production of Rbm7, whose downstream actions eventually result in the death of these cells. As a result, molecules that recruit SatMs are released, which then irreversibly replace the damaged area by scar tissue.