Teenagers with erratic sleep patterns may have a higher risk of Alzheimer’s than their well-rested peers, new tests on mice suggest.

Children up to 18 years old are advised to get a solid eight hours of sleep a night, but the hormonal spikes of puberty – and taste for rebellion – make that tough.

However, a new study by neuroscientists at the University of Pennsylvania found teens who cut down on sleep, or wake up during the night, are more likely to develop dangerous build-ups in their brain that pave the way to dementia.

The researchers warn more and more research is showing sleep may directly impact Alzheimer’s risk. Toying with it in adolescence, such a crucial time for neurodevelopment, could be riskier than in adulthood. 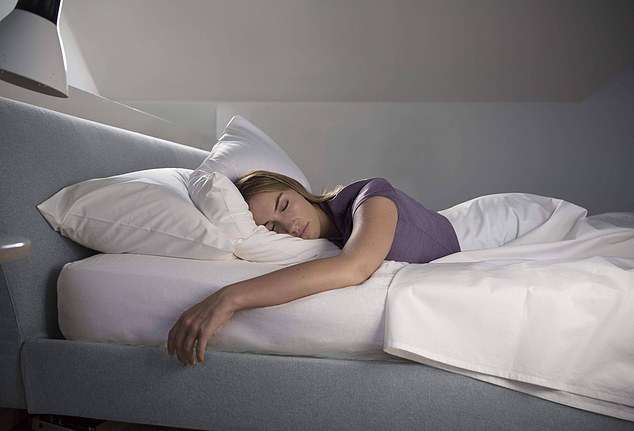 Sigrid Veasey, a professor of medicine at the Perelman School of Medicine, led a team investigation two sleep issues that are now ubiquitous in modern society.

First, they wanted to look at the impacts of chronic short sleep on the brain. Second, they looked at chronic fragmented sleep, when someone keeps waking up.

It’s becoming increasingly clear that the quality and quantity of sleep we get could impact all areas of our health, from fertility to anxiety to cancer risk.

In fact, last year’s Nobel Prize was awarded to two scientists who showed our circadian rhythm (internal body clock) adjusts itself to match the day-night schedule of where we live. Disrupting it – working night shifts or pulling all-nighters – has graver physical ramifications than previously thought.

Dr Veasey’s study adds weight to that – showing a link with the increasingly common and yet still untreatable neurodegenerative disease, Alzheimer’s.

Using a mouse model, Dr Veasey’s team saw both disrupted sleep and short sleep led to an earlier onset of motor impairments in the lab mice.

They also saw increased tau pathology in the ‘ground zero’ of Alzheimer’s disease, a region in the brain stem called the locus coeruleus, and in the amygdala, which controls emotions.

Short sleep, in particular, drove down the number of neurons in the locus coeruleus and the amygdala.

The study comes the same day as another one which showed that, in older people, sleep disruption is often a precursor or a symptom of Alzheimer’s pathology.

‘It suggests these people with neuropsychiatric symptoms are not at risk of developing Alzheimer’s disease — they already have it,’ lead author Lea Grinberg, MD, PhD in the UCSF Weill Institute for Neurosciences’ Memory and Aging Center, said.