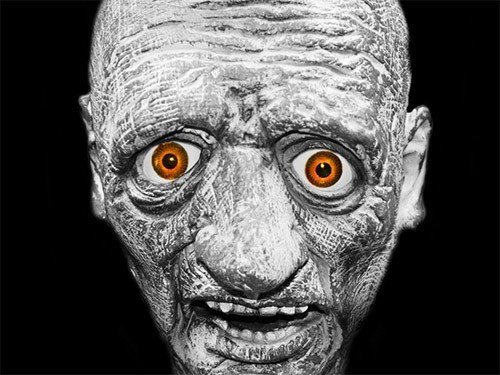 Prolonged exposure to bacteria that cause infection of the periodontal tissues, leading to inflammation and degeneration of neurons in the brain similar to the effects of Alzheimer’s disease. This is stated in a new study at the University of Illinois (University of Illinois) in Chicago conducted on mice.

The results, published in PLOS ONE, suggests that periodontal disease (e.g., chronic gingivitis) can cause incurable at the present time Alzheimer’s disease.

Other studies have demonstrated a close relationship between periodontitis and cognitive impairment, but this is the first study showing that exposure to the relevant bacteria leads to the formation of plaques that accelerate the development of neuropathology in patients with Alzheimer’s disease, said Dr. Keiko Watanabe (Watanabe Keiko), one of the study’s authors, Professor of Periodontology at the University College of dentistry (College of Dentistry), University of Illinois.

To clarify the effect of the bacteria Porphyromonas gingivalis in brain health, the researchers called chronic periodontitis (damage to soft tissue with bone loss around the teeth) of 10 mice. Another 10 mice were used as control group. After 22 weeks of repeated oral administration of the bacteria they studied the brain tissue of mice and compared the brain health.

The researchers found that in mice chronically exposed to bacteria, a significantly higher number of accumulated beta-amyloid senile plaques characteristic of brain tissue of patients with Alzheimer’s disease. In addition, they had a more severe inflammation of the brain and fewer intact neurons.

These results were further confirmed by the analysis of beta-amyloid protein and RNA analysis, which showed greater expression of genes associated with inflammation and degeneration in the study group. DNA of periodontal bacteria was also detected in the brain tissue of mice of the study group, and the bacterial protein was observed inside the neurons.

Researchers believe the results are promising, because they used a mouse model wild-type (no genetic mutations); whereas most model systems for the study of Alzheimer’s disease based on a genetically predisposed mice.

Understanding of causality and risk factors of Alzheimer’s disease is crucial for developing treatments, especially if we are talking about sporadic or late disease, which is more than 95% of cases and is usually of unknown causes and mechanisms.

Made by the researchers findings are significant both for the scientific community, and at the level of the individual. The oral hygiene is an important predictor of sickness, including sickness occurring outside of the mouth. People can do much for their personal health seriously referring to the health of the oral cavity, concluded Keiko Watanabe.