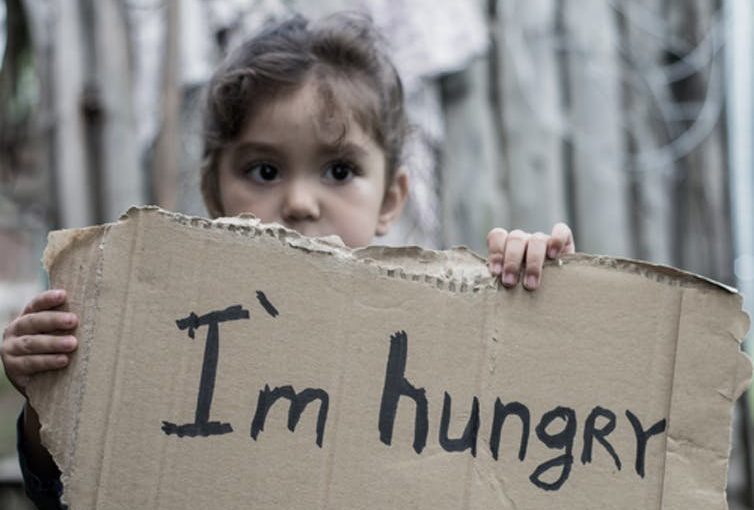 Incredible strides have been made to eradicate hunger around the world since World War II. New technology, foreign aid, and a world economy that has grown more than 30-fold have combined to lift hundreds of millions out of poverty and hunger.

Even as groups that work to end hunger celebrate these incredible achievements, it is important not to lose sight of how far we still have to go. In 2018, we are still not on track to eradicate hunger in our lifetime, even though all 191 U.N. member states vowed in 2000 to end hunger by 2015.

In fact, at the moment, numbers are heading in the wrong direction. The U.N. Food and Agriculture Organization reports that since 2014, the number of people experiencing hunger is on the rise around the world. Conflict and climate change are the likely culprit behind most of this deterioration.

This statistic hides an even more disheartening reality. Close to 2 billion people suffer from micronutrient malnutrition, commonly called “hidden hunger” because it is less obvious than regular hunger. 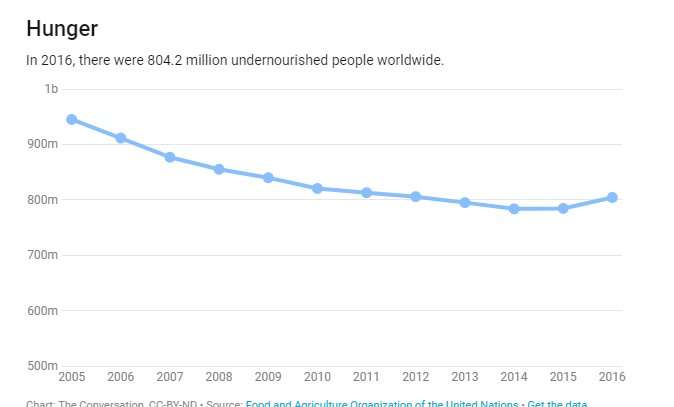 Since it is harder to identify visually, hidden hunger gets far less attention than it warrants. Micronutrient malnutrition causes many of the same health problems as calorie deficiency hunger. Hidden hunger is particularly detrimental to young children, women of childbearing age, and the poorest parts of populations in developing countries. Like regular hunger, it costs millions of lives each year and prevents an even greater number from escaping poverty.

As a development researcher, I have witnessed firsthand the consequences of hidden hunger. I have also observed many ingenious solutions that can effectively, affordably and swiftly solve many of the problems that cause hidden hunger. With enough attention and support, hidden hunger can be erased in a few decades, significantly improving the lives of nearly a third of the world’s population.

What is micronutrient malnutrition?

The body needs far more than just calories to function and develop properly. Vitamins and minerals are essential to many of the body’s core functions, such as immune system health and brain function. When the calorie intake is not varied, it is entirely possible to eat sufficient calories without having sufficient micronutrient nutrition. That is, a person can have enough calories but still be malnourished.

It is caused by micronutrient malnutrition, which occurs when a person’s diet has insufficient amounts of critical vitamins and minerals. Although there are dozens of important micronutrients, some deficiencies are more prevalent than others, including those of Vitamin A, zinc, iron and folic acid.

The effects of the deficiencies vary. A deficiency of iron in the blood, for example, which causes anemia, severely restricts the amount of oxygen that the blood can carry to the body’s cells. The result is fatigue, apathy, headaches and poor body temperature control, among other symptoms.

A zinc deficiency can cause the body to develop too slowly and can damage the central nervous system, and it lowers the body’s ability to fight diarrheal disease. There are 1.7 billion cases of diarrheal disease around the world each year, and it is the second most prevalent cause of death among children under 5. Diarrheal disease compounds the micronutrient malnutrition damage because the body struggles to make full use of available calories and micronutrients, leading to even greater levels of malnutrition.

Vitamin A is crucial for the immune system to combat many diseases, and for maintenance of eyesight, particularly in children. Folic acid is associated, among other things, with fetal development, and, when missing from a pregnant woman’s diet, can lead to birth deformities.

Children suffering from hidden hunger in early childhood are less likely to complete their education, more likely to suffer from chronic disease, and are consequently less productive. This affects their ability to escape poverty and malnutrition later in life, passing the vicious cycle on to their own children.

Almost anyone can immediately recognize the consequences of regular hunger. For many years aid organizations, NGOs and others have leveraged the widespread imagery of stunted children with distended bellies as a call to arms against hunger. The visible suffering triggers compassion in most people and serves as a call to action.

Micronutrient malnutrition earned the nickname hidden hunger because, although it has many of the same long-term health consequences, it is difficult to identify, even for people suffering from it. Many of the consequences, such as lower cognitive function, accrue over a lifetime and they are hard to attribute directly to a specific deficiency. But, they are just as real.

How can we fix it?

The ideal solution to micronutrient deficiency is a diverse diet, rich in different grains, meats and vegetables, like the food pyramid recommended by many health agencies around the world. While this would satisfy most micronutrient needs, a diverse diet is prohibitively expensive for many people, who would have to give up calories to afford better foods, effectively trading one type of hunger for another.

Other and much more feasible and affordable solutions exist. In Tanzania, situated near the equator in sub-Saharan Africa, most people depend on a single staple – maize – for more than 80 percent of their calories. It is the only affordable way for most people to consume enough calories. Maize, just as with other staples like rice, wheat, cassava and millet, is almost entirely void of micronutrients. What little micronutrient content a whole maize kernel holds is largely lost during the milling process to make maize flour, the most common form of maize consumption in East Africa and much of Latin America.

The simple solution to improving the nutritional value of these staple goods is to fortify them with a mix of micronutrients. After or during the milling process, a safe and inexpensive micronutrient powder can be added by the miller, or by consumers themselves, drastically boosting the nutritional value. Despite recent increases in attention to the importance of hidden hunger, comprehensively fortifying staple goods is still a long way away for most developing governments, which lack the funds, expertise and occasionally the political will, to ensure fortification. Without substantial subsidies, millers can only fortify staples when they can pass at least part of the cost onto consumers. For many people living in abject poverty, even a small increase of a few percent in the cost of food is prohibitive.