Home » Health News » Food for longevity: that is, to live longer 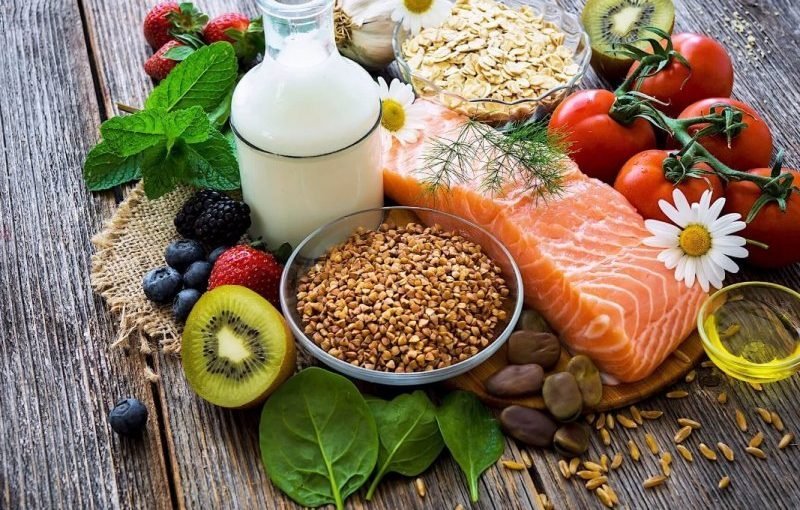 What products should be included in the diet for good health in old age?

How to feed the brain?

Caring for the intestines

Today, delaying the development of age-related diseases has become a major goal of science and medicine. In recent years, published some extremely interesting studies on the use of nutrition in the prevention of the loss of physiological functions of our body. Although the “pill of youth” is still in the field of fairy tales, no one can deny the fundamental importance of diet for longevity. Magicforum found that there is a need to keep youth as long as possible.

What products should be included in the diet for good health in old age?

It is believed that by 2050 up to 25% of the world population will be over 65. Subsequent studies confirmed that the functional approach to nutrition is especially important in the face of such a complex process as aging. Food has therapeutic potential. With the help of a healthy diet can prevent chronic inflammation and DNA damage. Some foods can prolong youth and improve quality of life, supporting the proper functioning of cells, preventing cancer or a neurodegenerative disease. A healthy daily diet should include foods that “rejuvenate” our brain, gut, and support immune system. Because theirs is the first and last word on our health.

How to feed the brain?

Neurodegenerative diseases associated with aging, are accompanied by problems with movement or memory. They coexist with apathy and sleep disorders, anxiety and hopelessness. Some phytoactive substances have promising properties in the prevention or treatment of incurable diseases. Should make them a regular part of the diet, in natural or slightly more concentrated form of juice, extract or BIO additives.

The hippocampusis a small structure in the temporal lobe of the cerebral cortex. He is responsible for the transfer of information from short-term to long-term memory, emotions and attitude. It is believed that changes inside of it are one of the reasons for deterioration of memory with age. And the image of magnetic resonance imaging and cognitive testshave confirmed that a diet rich in cocoa flavonol that improves the functioning of the elderly. Ingredients cocoa, in addition to the undisputable antioxidant capacity and improved blood flow in the brain, involved in the stimulation of regenerative processes in the Central nervous system. Supporting brain function and its cells, they counteract the loss of neurons and disruption of ties between them, there are phenomena associated with aging and neurodegenerative diseases.

Caffeine also has a neuroprotective effect. A significant amount of this alkaloid used in Parkinson’s disease, inhibits not only the early motor symptoms, as in the standard pharmacological therapy, but also prevents the deterioration of olfactory, emotional and memory functions. Valuable sources of caffeineis not just coffee, but tea.

Connection, also related to the flavonoids – epigallocatechingallate, abbreviated as EGCG, is responsible for the unusual properties of green tea . Due to its impressive antioxidant properties (hundreds of times more powerful than vitamin C) it significantly reduces the risk of cancer.

Curcumin (dye contained in turmeric) adjusts a phase of the cell cycle. It connects the factors responsible for the restoration and regeneration of tissue DNA. It regulates proteins associated with apoptosis, or programmed death of cancer cells. All these processes are fundamental to aging and formation of tumors.

Intensive study of polyphenols carried out with regard to their neuroprotective properties and anti-aging of the nervous system. The most famous resveratrol has antioxidant, anti-inflammatory properties, regulates blood pressure. Its inhibitory effect on the metastases was confirmed in preclinical studies. Resveratrol contained in red wine and grapes protects against loss of cognitive function and developing Alzheimer’s disease, has a positive effect on memory.

Sulforafancontained in cruciferous vegetables of the cabbage family. Its highest concentration is in broccoli, particularly the sprouts. The Union has already found its place in cancer prevention, regulating cholesterol levels and support detoxification. This substance inhibits the aggregation of amyloid beta, a protein that underlies Alzheimer’s disease.

Caring for the intestines

Intestinal bacteria has been so important for human health and metabolic processes, what they called the new body and their genes have been incorporated into our genome. From the third year of life, when rapid colonization of the intestine by bacteria, the composition of the microbiome remains relatively stable. Only the physiological processes associated with aging, cause adverse changes in the intestinal community. This leads to chronic inflammation and then to disease and metabolic disorders such as obesity, diabetes, atherosclerosis, Allergy or inflammatory bowel disease. The main modulator of bacterial flora, besides genetics or antibiotic treatment is diet.

Clinical studies have confirmed that a dietrich in prebiotics and probiotics, delays the development of age-related diseases. The menu should include not only fermented foods or probiotic preparations, but above all, a considerable amount of plant food which is the best fuel for intestinal microflora.

A diet high in fiber increases stimulates the immune system, influencing epigenetic modification of the macrophages, restricts the secretion of inflammatory factors and the permeability of the mucosa to harmful macromolecules, reinforcing the intestinal barrier, and also promoted the death of cancer cells in the colon.

When you select daily menuis worth remembering about the above products. Some of their properties have been confirmed in clinical studies, while others are just guesses based on observation. However, many conventional products have great potential for longevity.

Previously, scientists have described the reason for the longevity.