Home » Health News » FDA OKs Pfizer COVID Booster for 65 and Over, Those at High Risk 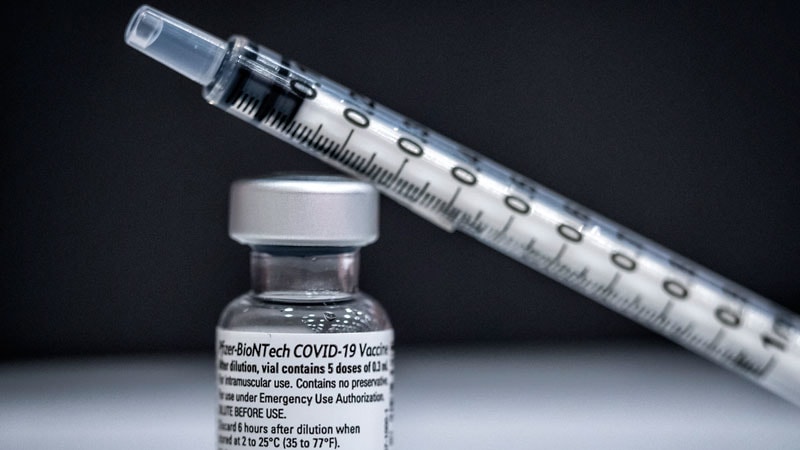 The US Food and Drug Administration (FDA) late Wednesday granted emergency use authorization (EUA) for a third dose of the Pfizer COVID-19 vaccine for those over the age of 65 and a wide swath of Americans at higher risk for infection.

The agency’s move comes as a Centers for Disease Control and Prevention (CDC) panel ended the first day of a 2-day meeting. That panel, the Advisory Committee on Immunization Practices (ACIP), is expected to vote Thursday to instruct doctors on how to administer the boosters.

The FDA officially authorized the vaccine not only for individuals 65 and older, but also for people 18 through 64 years of age who are at high risk for severe illness from the coronavirus, including essential workers whose jobs increase their risk for infection.

“After considering the totality of the available scientific evidence and the deliberations of our advisory committee of independent, external experts, the FDA amended the EUA for the Pfizer-BioNTech COVID-19 vaccine to allow for a booster dose in certain populations such as health care workers, teachers and day care staff, grocery workers and those in homeless shelters or prisons, among others,” said Acting FDA Commissioner Janet Woodcock, MD, in a news release.

The recommendations align with those from an FDA advisory panel last Friday.

The agency determined that the benefits of a booster dose outweigh the risks for people now authorized to receive it, according to the news release.

So, how will this work? That was the main question weighing on the minds of the CDC’s ACIP during their first day of a 2-day meeting where they are expected to make recommendations on booster doses for Americans.

The panel discussed situations the FDA will still need to consider, such as what should be done for Americans who were originally vaccinated with a Moderna or Johnson and Johnson vaccine, but are not covered under today’s revised EUA, which is only for those people who received Pfizer’s two-dose vaccine regimen.

“That’s going to leave half of the people immunized in this age group having received the vaccine and being told that they’re at risk now for waning immunity and hospitalization unable to get a booster dose,” said committee member Sarah S. Long, MD, a professor of pediatrics at Drexel University College of Medicine in Philadelphia, Pennsylvania. “So that’s a big public health panic that we would like to avoid.”

Johnson and Johnson recently reported that second doses of its vaccine boosted its efficacy to almost 94% against COVID-19. A new study, published ahead of peer review, suggests that the efficacy of the single-dose Johnson and Johnson shot has fallen to about 78% against symptomatic infection during the Delta surge.

Moderna has applied for permission to market third doses of its vaccine in the United States, but the FDA has given no timeline on when it might make a decision.

Doran Fink, MD, PhD, deputy director of the FDA’s Division of Vaccines and Related Products Applications, a representative advising the committee today, said the agency was working as rapidly as possible on Moderna’s submission.

Regarding the question of whether it was OK to mix vaccines, rather than match them, Fink said there’s currently not enough data available to inform that decision.

Those answers are coming, though. John Beigel, MD, associate director of clinical research at the National Institute of Allergy and Infectious Diseases, revealed that the federal government has a study under way to see what happens when the vaccines are mixed with each other.

He said that data from the study would be available later this fall, and would certainly help physicians and other healthcare providers know whether it’s effective or safe to use them interchangeably.

The ACIP left much of its schedule open on Thursday to discuss extra Pfizer doses and vote on how they should be used.

Pfizer had originally applied to the FDA for an amendment to its FDA approval, which would have given doctors a freer hand to prescribe third doses as they saw fit, in patients as young as 16.

But the FDA’s Vaccines and Related Biological Products Advisory Committee voted on Friday against granting the amendment. The committee was particularly concerned about the lack of data in teens ages 16 and 17, who have the highest risk for a rare side effect that causes heart inflammation that requires hospital care.

Instead, they recommended — and the FDA agreed per their decision today — that third doses should be given to people at higher risk for severe breakthrough infections because of advanced age or because they work in an occupation that puts them at high risk for exposure.

The CDC panel today heard important presentations on new science that is helping to identify the correlates of immunity.

The correlates of immunity are biomarkers that can be measured in blood that help doctors understand how protected a person may be against COVID-19. These markers of immunity are not yet known for the COVID-19 vaccines.

Emerging evidence shows that booster doses of the Pfizer vaccine cause front-line immune defenders — called binding antibodies — to roughly triple soon after a person gets the third shot.

Neutralizing antibodies also jump soon after two vaccine doses, but they fall over time, which is natural. The body doesn’t need these foot soldiers to be on guard all the time, so they go away.

The body retains its memory of how to make them, however, so they can quickly be marshalled again, if needed.

After the antibody levels fall, it may take a few days to recreate this army. In the meantime, the virus can try to break in. This can cause symptoms, which can make a person feel terrible, but for the most part, vaccinated individuals don’t need hospital care and are nearly always protected from dying — even against the Delta variant.

Those most likely to be at risk for a breakthrough infection are older, because immune function wanes with age.

Essential workers, such as those who work in healthcare, may also benefit from high antibody levels, which can minimize symptoms and help them get back to work more quickly.

“I’m actually sitting in one of the deepest red [states] with high rates of COVID. We don’t have enough, health care workers currently to take care of the unvaccinated,” she said.

“When we have beds, we are often missing staff, and so the idea of vaccinating health care workers is to be a little bit different than our idea of using vaccines in the general population,” Talbot said.

Oliver Brooks, MD, chief medical officer of the Watts Healthcare Corporation in Los Angeles, California, said he was in favor of making a public statement about the temporary nature of tomorrow’s potential recommendations, because they probably won’t cover all who might need a third shot.

The considerations of who should get an extra dose is not always straightforward.

New modeling by the Harvard TH Chan School of Public Health and the CDC to assist the government’s decisions on boosters had a surprise finding: in nursing homes, it’s more effective to vaccinate healthcare workers than it is to give booster doses to these residents. Nursing homes are at the mercy of community transmission.

In regions with high transmission, it’s easy for a caregiver to bring the virus into a facility — so the models found that the transmission from these workers is a more effective strategy than giving third doses to the already highly vaccinated group of seniors who live in them.