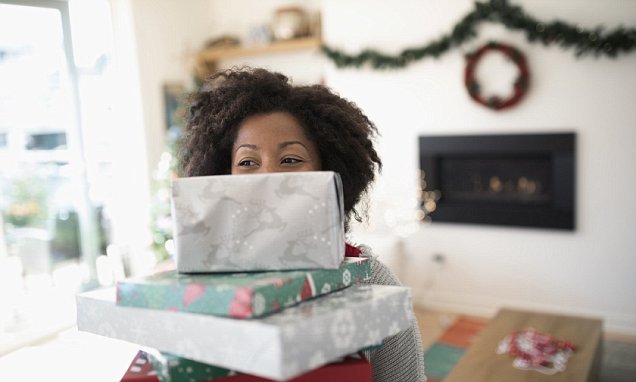 During the holidays, it’s the shy and stable friends that will spend the big bucks to show their love – while the extroverts with all the feelings are more likely to act like grinches, new research reveals.

Those who are disorganized, nervous, emotionally unstable, curious and interested in new things are cautious when it comes to splashing the cash – but so are extroverts.

But confident and emotionally stable people, as well as those who tend to draw more energy from alone time, are ready to splurge on the season.

Researchers at Northwestern University and University College London found those who are calm, conservative in interest and always plan ahead, are organized and hard working doll out the dosh. 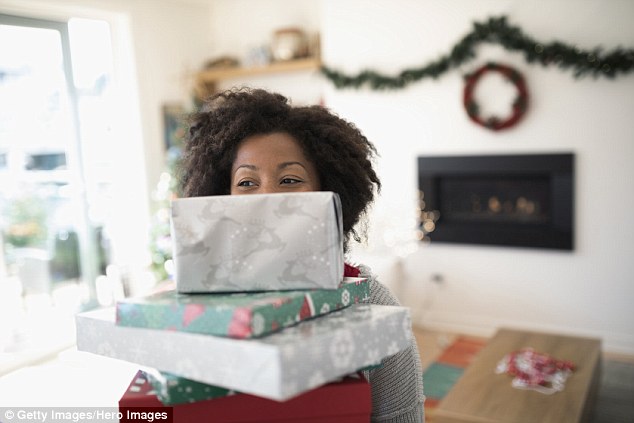 What we do with our money says a lot about who we are, but researchers are still working out exactly what that relationship is.

There is perhaps no more extreme example of our spending behavior than the holidays, giving researchers a unique opportunity to examine us through out money.

Christmas time is when many retailers make up to a fifth of their annual profits so knowing the psychology behind what makes people spend could help boost sales.

Psychologist Dr Sara Weston at Northwestern University in Chicago explained: ‘In most Western countries, the holiday season has evolved from a time devoted to religious celebration and family to one that is associated with materialism, consumerism, and excess.

‘Given the importance of holiday shopping to the broader economy, seasonal increases in holiday spending are widely studied in disciplines such as marketing and economics.

‘Individual differences are likely to shape how people react to holiday-related environmental stressors in terms of their subsequent financial behaviors.

‘For example, the holiday season is often a time of increased stress, and psychological stress reduces self-control which may lead to excessive spending.’

But that turns out to mostly be true for people who are otherwise emotionally stable and don’t ‘vacillate’ as much between their highs and lows, Dr Weston said.

Dr Weston added: ‘We’ve known for a while that personality is related to what we call ‘broad outcomes’.

‘These outcomes include ‘how much money you make’ or ‘how happy you are’ or ‘how long you live,’ but we know less about why personality is related to those things.’

Together with researchers from University College London they analyzed more than two million individual transactions from 2,133 participants – who were split among five personality types.

These included ‘openness to experience’, ‘conscientiousness’, ‘extraversion’, ‘agreeableness’, and ‘neuroticism’.

Emotionally stable people were said to be ‘untethered by the pressure and fear of disappointing others.’

In addition, those with more active imaginations, or those higher in openness, spend less during the Christmas season.

People high in openness are typically low in traditionalism – making them less inclined to splurge on gifts, according to the new research.

Based on past research, Dr Weston told Daily Mail Online that she and her team had predicted that extroverts would be the the ones to splurge on the holidays.

But that wasn’t the case. It was the introverts that dug deep into their pockets around the holidays, while extroverts kept it closer to the chest.

‘It could mean that they spend more money all the time,’ as past research had found, ‘so the holidays are not so special,’ Dr Weston said.

This suggested the specific spending behaviors could impact broad outcomes – such as financial goals.

But, ‘there’s no strong reason to make spending the outcome as opposed to personality,’ Dr Weston said.

‘It could be that if you spend more at the holidays, that makes you calmer, or that people spent more in order to be spending more time with family, and that is making them less anxious.’

The research provides a ‘road map’ of how combining large scale information with personality can provide a ‘big picture’ view of consumer habits, the authors wrote.

Dr Weston added: ‘These results improve our understanding of how different personality traits predict how people respond to the environmental demands of the holiday season.

‘They have broader implications for how personality relates to consumer behavior.’

The experts emphasized that personality is only one small part of consumer habits – especially at the individual level.

From household size to income and many other factors, the researchers stressed there are further influences at the individual shopping level.

The experts hope their study will be of use to retailers and individuals looking to understand and control spending habits.