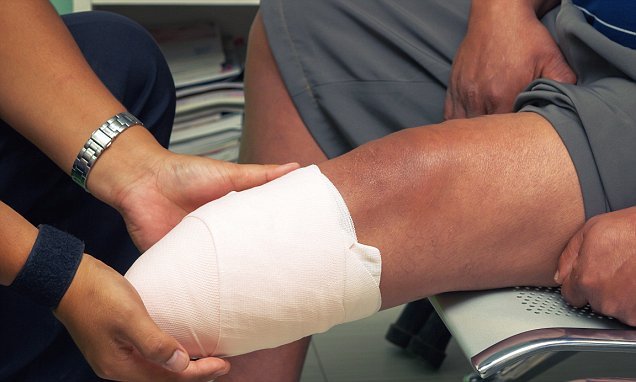 More than 120 foot and toe amputations are carried out every week in England as a result of diabetes.

Shocking figures reveal the number of amputations linked to the disease have risen by over a quarter since 2013.

Type 2 diabetes’ prevalence has more than doubled over the past decade due to rising rates of obesity, inactivity and unhealthy eating.

The disease can lead to amputations if it causes nerve damage that lead to infected wounds that do not heal. These infections can then spread to a person’s bones and even result in gangrene.

Diabetes causes around 24,000 premature deaths a year. Treating the disease takes up 10 per cent, or £10 billion, of the NHS’ budget. 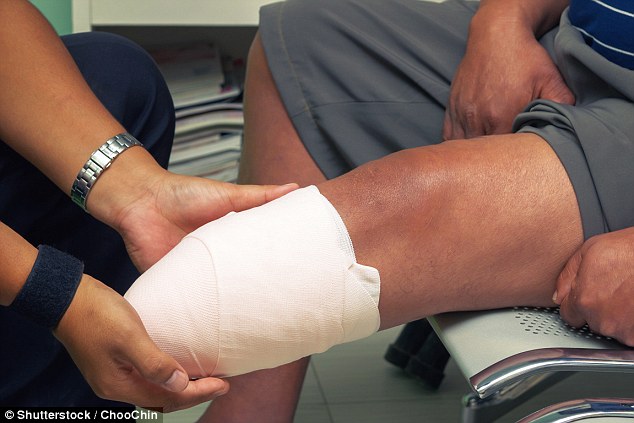 Data, released by the House of Commons Library, shows that 15,075 foot and toe amputations occurred in England between 2010 and 2013 as a result of diabetes.

Unless diabetes is properly managed, it can lead to peripheral artery disease, which occurs when a person’s blood vessels narrow, which reduces blood flow to their legs and feet.

Reduced blood flow can slow wound healing. Therefore, if any cuts or grazes become infected, this infection can spread to surrounding tissue and even bones.

Poor blood flow can also cause nerve damage, which may prevent a person from feeling pain.

They may therefore be unaware they have a wound or ulcer on their feet and continue putting pressure on the affected area, worsening the damage.

If the infection cannot be stopped or the injury is irreparable, amputation may be the only option, with the toes, feet and lowers legs most commonly being affected.

WHAT IS DIABETIC FOOT?

It affects up to one in 10 diabetes patients.

Diabetic foot is caused by high glucose levels over a prolonged period of time leading to nerve damage or loss of circulation to the body’s extremities.

This can cause feet to become numb.

People with diabetes should frequently check their feet for signs of damage, including cuts, swelling, hardening skin and discolouration.

Diabetics can reduce their risk of amputation by managing their disease properly and looking after their feet.

Foot care includes checking them regularly for redness, wounds, bruising, blisters and discolouration. If a diabetes patient experience numbness, burning or tingling in their limbs, they should see their doctor immediately.

This comes after research released earlier this month suggested eating a bowl of porridge or slice of rye bread every day reduces a person’s risk of developing type 2 diabetes.

Those who consume 50g of whole grains daily, whether it be wheat, oats, rye, rice or millet, are up to 34 per cent less likely to suffer from the condition, a study found.

Study author Professor Rikard Landberg, from the Chalmers University of Technology, Gothenburg, said: ‘Our results are in line with dietary advice, which recommends switching out foods containing white flour for whole grains.’

He adds those who follow a low-carb diet, such as the Atkins, miss out on whole grains’ benefits, saying: ‘When it comes to wholegrains, the research results are clear.

‘Among the many studies which have been made, in varied groups of people around the world, there hasn’t been a single study which has shown negative health effects.’