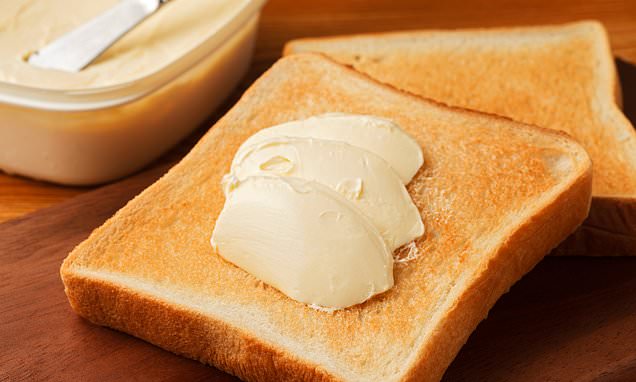 The three interventions could slash the numbers of people losing their lives early to cardiovascular disease (CVD) over the next 20 years.

Salt and trans fats found in processed foods such as cakes both contribute to high blood pressure, a major risk factor for CVD.

Researchers estimated that treating 70 per cent of the population for blood pressure would save 39.4million people. 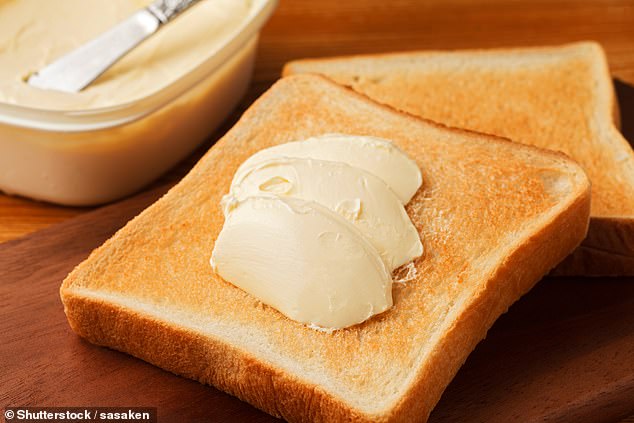 Eliminating trans fats, found in margarine and food fried in vegetable fats, could save 14.8million lives by 2040 on its own, according to researchers at Harvard University

Reducing salt intake by 30 per cent would account for another 40million, according to the team at Harvard University.

And eliminating trans fats, found in margarine and food fried in vegetable fats, could save another 14.8million by 2040 – a total of 94.2million lives.

Writing in the journal Circulation, the scientists claimed the measures are affordable even if they require large-scale effort to implement.

Worldwide, CVDs cause an estimated 31 per cent of deaths, and 17.9million each year, according to estimates.

WHAT IS CARDIOVASCULAR DISEASE?

Cardiovascular disease (CVD) is a general term for conditions affecting the heart or blood vessels.

It’s usually associated with a build-up of fatty deposits inside the arteries, known as atherosclerosis.

It can also be associated with damage to arteries in organs such as the brain, heart, kidneys and eyes.

CVD is one of the main causes of death and disability in the UK, and the cause of 31 per cent of deaths globally, statistics show.

There are many different types of CVD, but the four main types are coronary heart disease, stroke, peripheral arterial disease and aortic diseases.

Four out of five CVD deaths are due to heart attacks and strokes, according to WHO.

More than 75 per cent of CVD deaths occur in low-income and middle-income countries.

The exact cause of CVD isn’t clear, but there are many risk factors. The main ones are high blood pressure, high cholesterol, smoking, too much alcohol, diabetes, inactivity and obesity.

The more risk factors you have, the more likely you are to get CVD. The risk also increases with age – it is the most common in those over 50 – if you are a man, or if you are from a south Asian, African or Caribbean background.

It’s recommended to have a balanced diet, with the addition of regular exercise, to ensure a healthy heart, including enough fruit and vegetables and low levels of salt, sugar and fat.

The study used global data from multiple studies and estimates from the World Health Organization in making their calculations.

Having high blood pressure puts people at risk of CVD because it puts extra strain on the blood vessels and heart.

The condition, known as hypertension, affects more than one in four adults in the UK, and one in three in the US, official statistics show.

Government guidelines recommend no more than 6g (2.4g of sodium) of salt each day, which is around one teaspoon. Consuming too much salt raises the amount of sodium in the blood, causing fluid retention inside the body which results in higher blood pressure.

More than half of the deaths that the researchers estimate can be delayed, and two-thirds of deaths delayed before age 70, are among men.

Men have the highest numbers of deaths from noncommunicable diseases, which include cardiovascular diseases, cancers, and diabetes, researchers found.

Regions expected to benefit most from the interventions include East Asia, the Pacific, and South Asia, as well as countries in sub-Saharan Africa.

The authors said that a variety of programs and policies would be necessary to reduce premature CVD-related deaths.

One important strategy would be to increase the use of blood pressure medications, many of which are safe and affordable.

The researchers, led by Dr Goodarz Danaei, acknowledged that scaling up the three interventions would be a ‘huge challenge’.

It would require countries to commit additional resources to boost health care capacity and quality. But research shows this is achievable and affordable.

‘Focusing our resources on the combination of these three interventions can have a huge potential impact on cardiovascular health through 2040,’ Dr Danaei said.

Professor Danaei said: ‘These are realistic goals that have been shown to be attainable on smaller scales.

‘We need the commitment to scale up the programs to achieve them globally.’

There are around 7.4million people living with heart and circulatory diseases in the UK, according to the British Heart Foundation.

Meals should be based on potatoes, bread, rice, pasta or other starchy carbohydrates, ideally wholegrain, according to the NHS

• Base meals on potatoes, bread, rice, pasta or other starchy carbohydrates, ideally wholegrain

• 30 grams of fibre a day: This is the same as eating all of the following: 5 portions of fruit and vegetables, 2 whole-wheat cereal biscuits, 2 thick slices of wholemeal bread and large baked potato with the skin on

• Eat some beans, pulses, fish, eggs, meat and other proteins (including 2 portions of fish every week, one of which should be oily)

• Choose unsaturated oils and spreads and consuming in small amounts