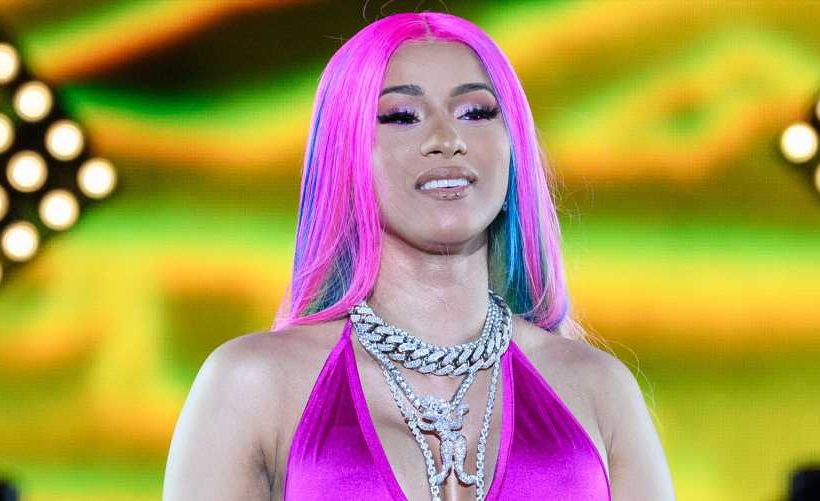 Cardi B came under fire last week after cancelling several shows to recover from her recent plastic surgery. Now, Cardi’s coming forward about those cancellations—and her plastic surgery issues—and she’s making it clear that she DGAF what anyone has to say about her body.

Cardi opened up in an Instagram Live video that’s been shared on YouTube. “[People tell me], ‘You lazy, you should just workout,'” she said. “I do whatever the f— I want to do with my body,”

Cardi went on to defend her choice to get plastic surgery (she got liposuction and a breast augmentation, FYI). “I don’t have the time of day like you do,” she said. “Like, my job as an entertainer is a 24-hour job, bro. So no, I don’t have time to work out and I wanted specific things that I know that no matter how much I work out, is not get fixed.”

She didn’t stop there. “Like my boobs, no matter how much I work out, they were not gonna lift themselves,” she said. “So yeah, I had to get f**king surgery.”

Cardi said her doctor told her that she definitely needs to take time off for her breasts to recover since her internal stitches from breast augmentation haven’t healed yet. “My doctor was like, ‘Yo, you cannot be doing all these shows because you’re not fully healed,’” Cardi said. She then went into details about the intense side effect she’s dealing with. “I gotta get better,” she said. “The way that my body be swelling up when I catch planes and s—, it’s so scary that I be freaking out. Like I really be freaking out.”

“But like, health is wealth, so I have to do what I have to do. My breasts gotta f—-ing heal, and it is what it is,” she said.

Cardi also told fans that she feels bad for canceling shows, and that taking time off has seriously cost her. “You know, I hate canceling shows because I love money,” she said. “I’m a money addict, and I get paid a lot of money, a lot of money for these shows … like I’m cancelling millions of dollars in shows.”

Cardi postponed several shows after she told a crowd in Memphis in early May that she“should have canceled today. I shouldn’t really be performing because moving too much is gonna f— up my lipo. But b—-, I’m still gonna get my motherf— money back, let’s go!”

Despite the controversy surrounding her surgeries (and her cancelled shows), Cardi seems pretty happy with the results of her surgeries. She shared several photos from her newest single “Press” yesterday on Instagram. In the photos, Cardi is completely naked, with just a few thin black censor bars covering her body.

Honestly, you do you, Cardi—as long as you’re happy with your body, that’s all that matters (but please, let it heal!).