Home » Health News » At a French warehouse, the logistics of racing out vaccines 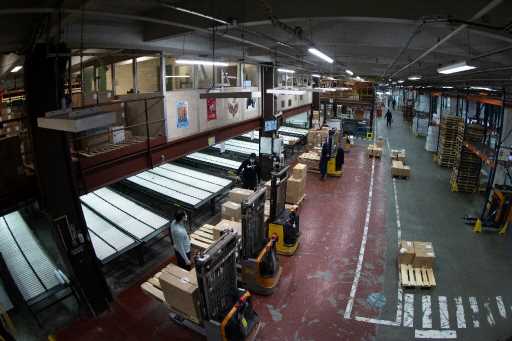 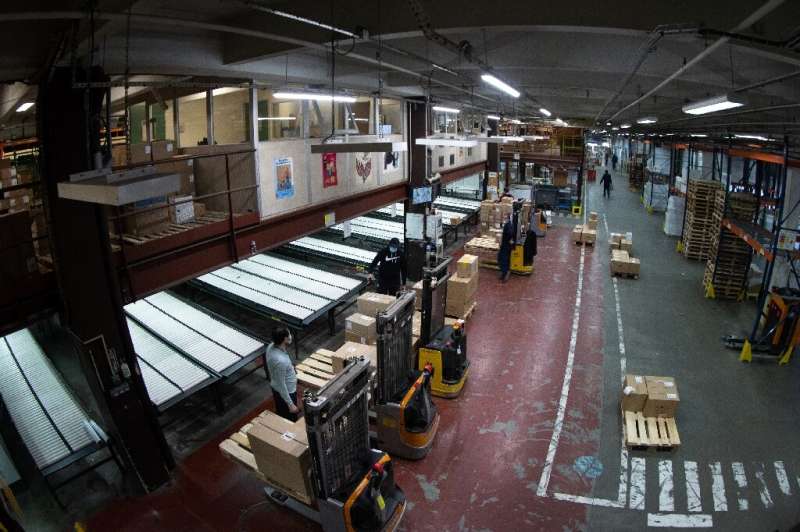 In an unmarked warehouse on the outskirts of Paris, a precious cargo emerges from the icy cold mist: nearly 10,000 doses of the Pfizer-BioNTech vaccine have just been delivered.

Straight from the plant in Belgium, the 10 boxes unloaded from the lorry that pulled up at dawn don’t look out of place among the pallets and piled-up packaging in the big depot.

Their contents aren’t hard to fathom—they’ve been placed in front of three massive freezers whose temperatures are set at nearly minus 70 degrees Celsius (minus 94 degrees Fahrenheit).

Each container holds five trays rather like a pizza box, containing exactly 195 vials, no bigger than the size of one of the three small bones in your finger.

With no time to waste, the vaccines have to be quickly taken out of dry ice and stored immediately to avoid the refrigeration chain being broken, and without shaking them too much.

“This medicine is very precious, we can’t allow ourselves to leave the freezer open for too long, much less, have a tray break,” says pharmacist Emilie Figueiredo who is in charge of the logistics unit at the site.

Today, the cargo is nearly all there—there are only a few doses fewer than expected.

“Everything arrives just in time from the supplier, there can be surprises like that,” sighs Renaud Cateland, head of AGEPS, a health products agency which distributes medicines and certain medical devices to 39 public hospitals in the Paris region. 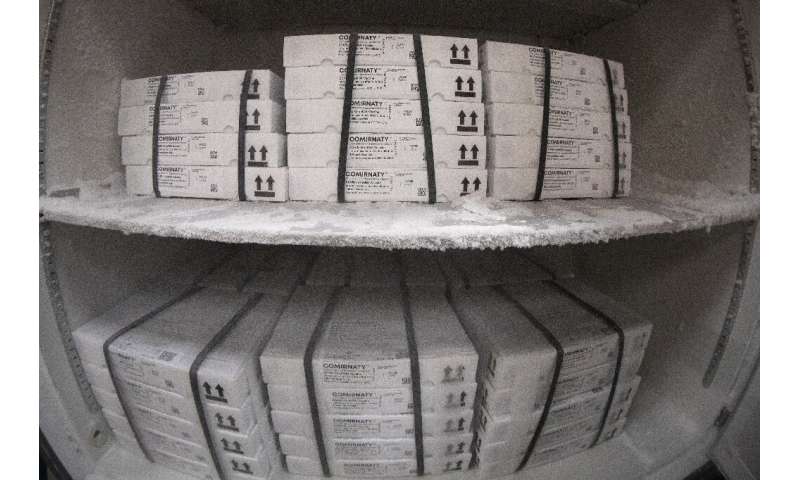 Every year, the agency spends some 1.2 billion euros ($1.4 billion) buying healthcare products, thousands of which are given out day and night in response to sometimes urgent requests by medical personnel.

And for the past three months, it has had to incorporate the irregular flow of the anti-COVID-19 vaccines too.

In addition, the hub now also delivers to all hospitals, clinics and vaccination centres in the French capital and surrounding Hauts-de-Seine region.

It has so many new customers that it had to adapt in record time to be able to deliver the right doses to the right places.

To do that, careful preparation is everything.

Once out of the freezer, the “pizza boxes” are opened in a room chilled at between two and eight degrees C.

The 195 vials are repackaged in boxes of 10 or 20, filled in with polystyrene or foam to protect against damage. 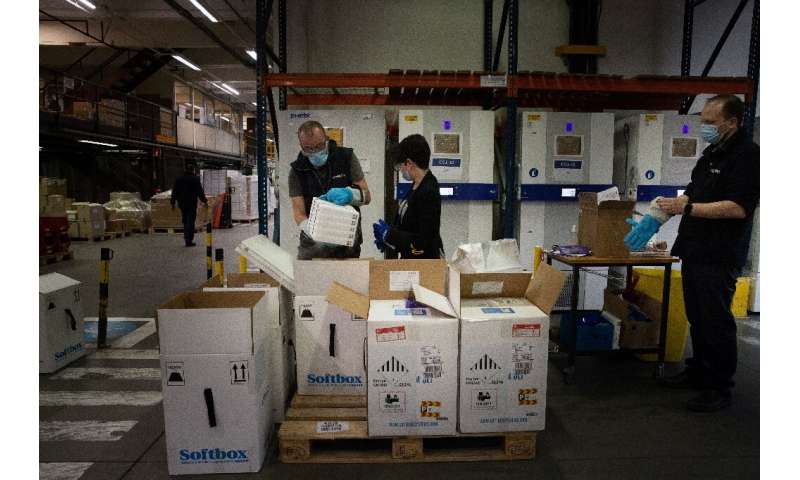 A yellow sticker on the top of each box indicates the date and time of defreezing and expiry date, five days later.

Outside, the transporters are waiting.

Several vans are already parked up in front of the building and will carry the much anticipated vaccine to its places of injection.

And the pace is being stepped up.

“We are clearly in an upward phase,” says Laurent Havard, an AGEPS pharmacist and head of supply and distribution.

With its three super-freezers and two other ones kept at more conventional temperatures—for the Moderna vaccine —, the warehouse can store up to 240 trays.

“We still have some leeway,” Havard says.

In fact, there’s enough “to do three or four times more”, says Cateland, if the human resources are there. 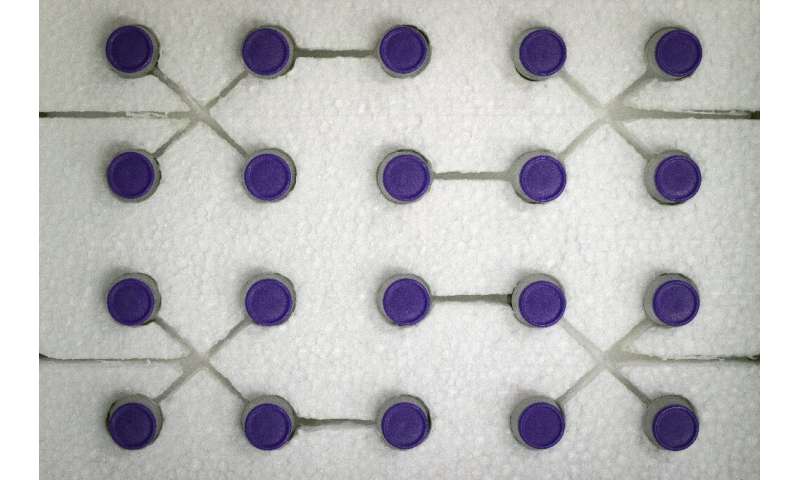 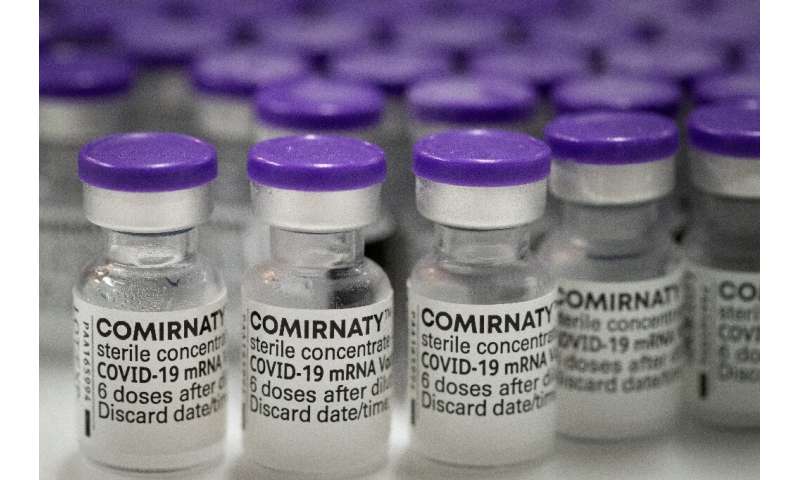 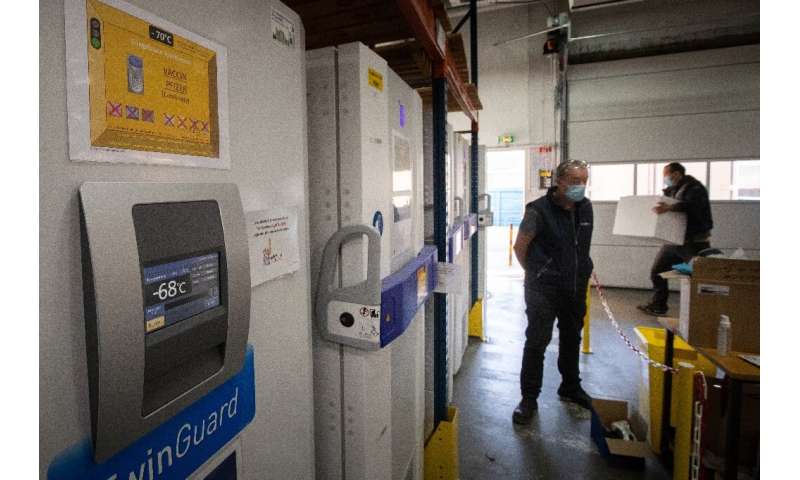 The litmus test is now under way.