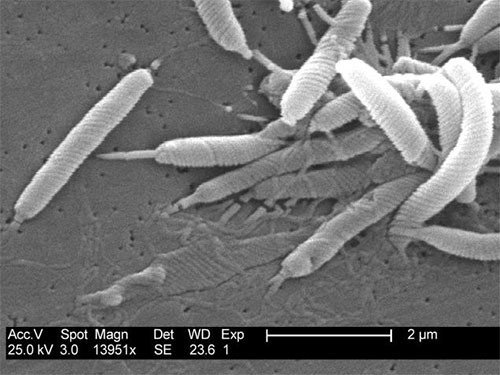 Scientists have found that bacteria in the stomachs of 75% of Russians, radically increase the risk of gastrointestinal bleeding when taking aspirin. A new study published in The Medical Journal of Australia.

Aspirin is one of the most used in the world of drugs. In recent decades it in small doses, take millions of people to reduce the risk of stroke and heart attack. It is no secret that he has a serious side effect of gastrointestinal bleeding. A new Australian study shows that one species of bacteria living in the stomach and intestines, in combination with aspirin can more than double the risk of such bleeding.

For some time a small dose of aspirin is often suggested as a preventive measure against many diseases ranging from colon cancer to Alzheimer’s disease. However one large clinical study showed that many healthy patients can use this drug when they do not need. The researchers came to the conclusion that healthy older people may not receive any positive effect from daily use of low-dose aspirin.

Except for the lack of use, it can cause and bring harm, causing bleeding in the upper gastrointestinal tract. The number of such cases increases with the age of patients, since an increasing number of elderly people begin to take a daily aspirin.

Helicobacter pylori is a common bacterium that is in the upper part of the gastrointestinal tract a vast number of people. These bacteria have become particularly well-known in the early 1980’s, when scientists found that they are directly linked to the development of stomach ulcers, but most people infected with these bacteria, stomach ulcers, nevertheless, does not develop. Data on the prevalence of infection in Russia is not enough, but studies conducted in individual regions show that helicobacteria infected up to 70% of Russians.

Because bleeding in the upper gastrointestinal tract can either be caused by aspirin, or Helicobacter pylori, a new study by Australian scientists showed that the patients taking daily small doses of aspirin and Helicobacter pylori infected, almost two and a half times more likely to suffer from this bleeding compared to patients not infected her.

The researchers concluded that the presence of Helicobacter pylori, of course, increases the risk of bleeding in the upper gastrointestinal tract in combination with aspirin, but it is still unclear what exactly the nature of their interaction.

Unfortunately, testing and treatment of infections caused by Helicobacter pylori, it is still rather expensive and takes time. Therefore, the researchers suggest that it is not necessary to assign all patients a small dose of aspirin because patients infected with this bacterium, it can cause complication of peptic ulcer disease.