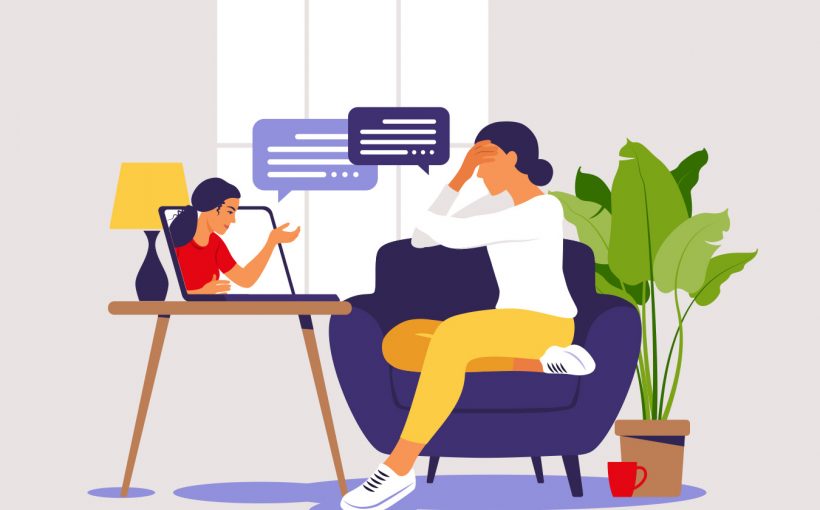 As the covid-19 pandemic burns through its second year, the path forward for American workers remains unsettled, with many continuing to work from home while policies for maintaining a safe workplace evolve. In its 2021 Employer Health Benefits Survey, released Wednesday, KFF found that many employers have ramped up mental health and other benefits to provide support for their workers during uncertain times.

Meanwhile, the proportion of employers offering health insurance to their workers remained steady, and increases for health insurance premiums and out-of-pocket health expenses were moderate, in line with the rise in pay. Deductibles were largely unchanged from the previous two years.

“With the pandemic, I’m not sure that employers wanted to make big changes in their plans, because so many other things were disrupted,” said Gary Claxton, a senior vice president at KFF and director of the Health Care Marketplace Project. (KHN is an editorially independent program of the foundation.)

Reaching out to a dispersed workforce is also a challenge, with on-site activities like employee benefits fairs curtailed or eliminated.

Many employers reported that since the pandemic started they’ve made changes to their mental health and substance use benefits. Nearly 1,700 nonfederal public and private companies completed the full survey.

At companies with at least 50 workers, 39% have made such changes, including:

Thundermist Health Center is a federally qualified health center that serves three communities in Rhode Island. The center’s health plan offers employees an HMO and a preferred provider organization, and 227 workers are enrolled.

When the pandemic hit, the health plan reduced the copayments for behavioral health visits to zero from $30.

“We wanted to encourage people to get help who were feeling any stress or concerns,” said Cynthia Farrell, associate vice president for human resources at Thundermist.

Once the pandemic ends, if the health center adds a copayment again, it won’t be more than $15, she said.

The pandemic also changed the way many companies handled their wellness programs. More than half of those with at least 50 workers expanded these programs during the pandemic. The most common change? Expanding online counseling services, reported by 38% of companies with 50 to 199 workers and 58% of companies with 200 or more workers. Another popular change was expanding or changing existing wellness programs to meet the needs of people who are working from home, reported by 17% of the smaller companies and 34% of the larger companies that made changes.

Beefing up telemedicine services was a popular way for employers to make services easier to access for workers, who may have been working remotely or whose clinicians, including mental health professionals, may not have been seeing patients in person.

In 2021, 95% of employers offered at least some health care services through telemedicine, compared with 85% last year. These were often video appointments, but a growing number of companies allowed telemedicine visits by telephone or other communication modes, as well as expanded the number of services offered this way and the types of providers that can use them.

About 155 million people in the U.S. have employer-sponsored health care. The pandemic didn’t change the proportion of employers that offered coverage to their workers: It has remained mostly steady at 59% for the past decade. Size matters, however, and while 99% of companies with at least 200 workers offers health benefits, only 56% of those with fewer than 50 workers do so.

The annual premium change was in line with workers’ wage growth of 5% and inflation of 1.9%. But during the past 10 years, average premium increases have substantially exceeded increases in wages and inflation.

Workers pay 17% of the premium for single coverage and 28% of that for family coverage, on average. The employer pays the rest.

Eighty-five percent of workers have a deductible now; 10 years ago, the figure was 74%.

Health care spending has slowed during the pandemic, as people delay or avoid care that isn’t essential. Half of large employers with at least 200 workers reported that health care use by workers was about what they expected in the most recent quarter. But nearly a third said that utilization has been below expectations, and 18% said it was above it, the survey found.

At Thundermist Health Center, fewer people sought out health care last year, so the self-funded health plan, which pays employee claims directly rather than using insurance for that purpose, fell below its expected spending, Farrell said.

That turned out to be good news for employees, whose contribution to their plan didn’t change.

“This year was the first year in a very long time that we didn’t have to change our rates,” Farrell said.

The survey was conducted between January and July 2021. It was published in the journal Health Affairs and KFF also released additional details in its full report.