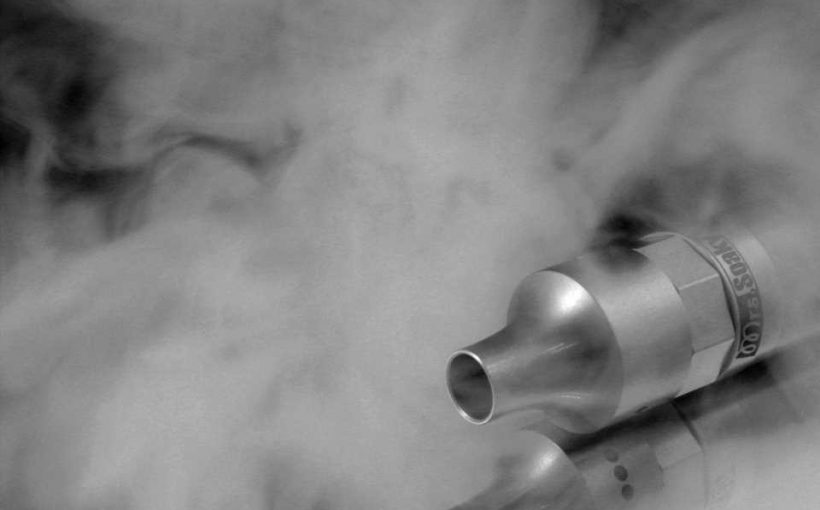 A new study led by Dr. Matthew Rossheim at the George Mason University College of Health and Human Services provides important findings on how labeling of secondhand emissions from e-cigarettes can help more effectively communicate the harm from e-cigarettes and build support for tobacco-free campus policies. In the study “Aerosol, vapor, or chemicals? College student perceptions of harm from electronic cigarettes and support for a tobacco-free campus policy,” researchers found that undergraduate students are more likely to see secondhand exposure to e-cigarettes as harmful when accurate labels like ‘chemicals’ or ‘aerosols’ are used rather than tobacco industry coined jargon like ‘vapor.’ The study was published this week in the Journal of American College Health.

When it comes to the harms caused by tobacco products, how information is framed and presented has important consequences for audience risk perception, individual behavior, and public policy-making. Tobacco marketers use a variety of framing devices to downplay the risks of cigarettes, e-cigarettes, and exposure to secondhand smoke.

Tobacco-free laws continue to play an important role in protecting everyone from harmful tobacco emissions and help reduce tobacco use in the general population. While overall rates of smoking continue to decline, e-cigarette use, particularly among youth and young adults has become very prevalent in recent years, including on college campuses. Tobacco-free campus policies have proven to play important roles in reducing the number of new users and in helping current users quit; however, one-sixth of smoke-free campus policies do not prohibit e-cigarette use. Despite mounting evidence on the harm posed by e-cigarettes (also known as “vaping”) and their emissions, they are perceived to pose a lower risk than traditional cigarettes.

“This study is the first known investigation of whether the word used for e-cigarette emissions is associated with perceived harmfulness of secondhand exposure. It is also the first to identify an association between perceptions of harmfulness from secondhand exposure to e-cigarettes and support for the implementation of a 100% tobacco-free campus policy,” said Rossheim, assistant professor in the Department of Global and Community Health.

Findings reveal that the words used to describe tobacco products and their secondhand emissions is critical in forming young adults’ perceptions of e-cigarettes and their harmfulness, and that simple wording choices can have an important impact on perceived risk. The researchers conclude that due to the severe risks associated with e-cigarettes and secondhand smoke, that communications associated with e-cigarettes and tobacco-free campuses should accurately label their emissions as “chemicals” and “aerosols”. They urge that legislation be passed to regulate the marketing practices of the e-cigarette industry so they cannot downplay the harmfulness of their products.

“Smoke-free and tobacco-free campus environments are always a common-sense public health measure, and are especially so at this time, given the strong link between tobacco use and COVID-19 transmission among young people,” says Rossheim. “Colleges and universities are encouraged to urgently adopt tobacco-free campus policies to help prevent the spread of coronavirus.”