Home » Health News » 10 factors that increase your risk of diabetes 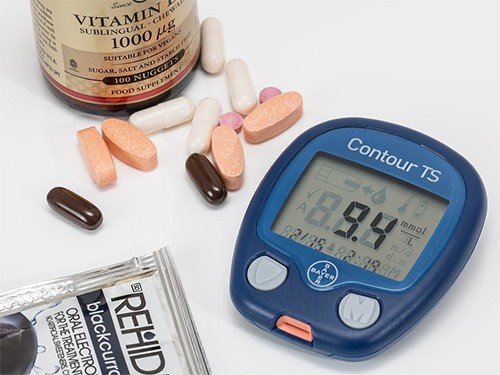 Diabetes is a chronic endocrine-metabolic disease resulting from insulin insufficiency. It is characterized by the metabolic disorders manifested by hyperglycemia (high blood sugar). There are two types of diabetes:

Today the problem of diabetes worldwide is one of the most acute. The increase in the number of patients is due to the growth of disease it diabetes of the 2nd type, so knowing what increases the likelihood of its development.

Smoking. In the list of the Healthline, along with other adverse effects of Smoking, noted: Smoking may reduce the body’s sensitivity to insulin (a hormone that maintains normal blood sugar levels). Smoking makes it difficult to control blood sugar levels. This is confirmed by studies of Rinnemaa Tapani (Tapani Rnnemaa) and 2002 Jenny Gunton (Gunton Jenny), published (1996 and 2002, respectively) in the journal of the American Diabetes Association, Diabetes Care.

The constant use of some psychoactive drugs. The global community of diabetes (Global Diabetes Community) cautions that some drugs-stimulants raise blood sugar levels. Their consumption on a regular basis can cause insulin resistance and contribute to the development of diabetes of the 2nd type.

These include amphetamines (speed / amphetamine / methamphetamine), connection MDxx (ecstasy / Molly / MDMA) and preparations for use as AIDS for concentration in ADHD (Adderall / ADDY / Vivans).

Taking certain medicines. GlobalRPH submitted a list of medicines that increase the level of blood sugar. These include, in particular, steroids, anti-ADHD, anti-psychotics, some medications from asthma. As a rule, their advantages for the treatment of relevant diseases outweigh the possible side effects, in particular, the impact on blood sugar levels. Therefore, the correlation of harms and benefits should be discussed with your doctor for more information in each case.

Diet. Eating foods with a high sugar content for extended periods of time, along with a significant increase in weight, increase the risk of developing diabetes.

Lack of physical activity. ADA (American diabetes Association) in a statement on physical activity / exercise and diabetes warns that significant periods of a sedentary lifestyle can lead to poor [blood sugar control]. Even light and moderate aerobic exercise increase the effect of insulin, better control blood sugar during the day.

Has the value and type of exercise: combination exercise endurance with exercises to physical activity can improve [blood sugar], and [interval training high intensity] may be superior to continuous aerobic exercise in adults with diabetes.

High levels of cholesterol. According to ADA, a high level of bad cholesterol (specifically triglyceride) is a risk factor for poor control of blood sugar. In addition, low levels of good cholesterol (HDL high density lipoprotein) can increase the risk of developing diabetes. However, new studies provide conflicting results on this matter.

Pregnancy. Changes in the body caused by pregnancy can lead to the development of a special type of diabetes is gestational diabetes. Most GD cases be resolved on their own after delivery, however, it can be a risk factor of developing diabetes of the 2nd type at a later age.

According to a survey made by the experts of the Mayo clinic, gestational diabetes doesn’t cause noticeable signs or symptoms. Tests for GD are part of the standard screening in early pregnancy.

Ignoring the symptoms of prediabetes. Standards of medical care in diabetes from 2018, prediabetes is defined as a term used for a persons glucose level does not meet the criteria for diabetes but are too high to be considered normal.

Experts from the Mayo clinic indicate that pre-diabetes may not have symptoms but in some cases, increased urination, increased thirst and velvety brown spots on the skin. If you experience any of these symptoms you should immediately consult a doctor.

Factors that cannot be changed. There are some innate things that increase the risk of developing diabetes of the 2nd type. According to the ADA, the basic risk can increase:

Prepared according to Business Insider Australia.