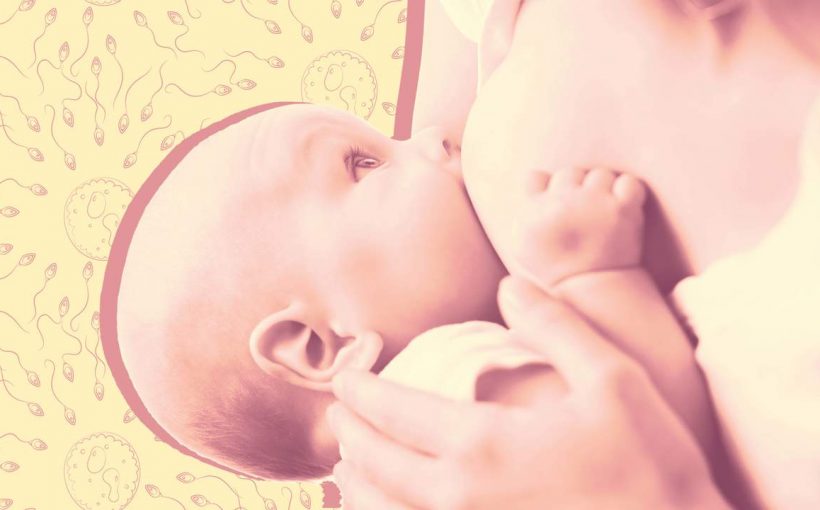 From long nights to messy diapers, new moms have enough on their plates to stress over. The last thing a sleep-deprived mama needs to worry about is an unexpected pregnancy. But as it turns out, new moms have their own secret weapon for contraception: breastfeeding.

Just to be clear, it is possible to get pregnant if you’re having sex while breastfeeding. But breastfeeding in itself is actually a form of birth control, medically referred to as the lactational amenorrhea method, or LAM.

“If done perfectly, it's pretty effective, on par with hormonal birth control,” Amanda Kallen, MD, assistant professor of obstetrics, gynecology, and reproductive sciences at Yale School of Medicine in New Haven tells Health. “This is because the hormones that promote breast milk production (mainly, prolactin) also suppress ovulation. If you're not ovulating, you won't conceive.”

Like any form of birth control, this method isn’t 100% effective. According to Planned Parenthood, about two out of every 100 women who use LAM will get pregnant. Dr. Kallen says that this is because it’s easy to get a breakthrough ovulation while breastfeeding.

“This can happen if someone supplements breast milk with formula (meaning the breasts are making less milk), or if baby starts to wean,” Dr. Kallen says.

Because of this, the CDC has created guidelines for someone who is considering using LAM as their primary form of birth control. There are three conditions that need to be met for LAM to be an effective form of contraception. LAM should only be used if a woman has amenorrhea (not having a period), is fully or nearly fully breastfeeding (going no more than 4-6 hours between feeds), and has given birth in the last six months.

LAM is only a temporary method of birth control. Once it’s been longer than six months since a woman gave birth, or if any of the other criteria is no longer met, Kallen recommends opting for another form of birth control.

Bottom line? If you’re a new mom who’s not ready for a second pregnancy just yet, stick to a gynecologist-recommended birth control.

To get more stories on pregnancy, breastfeeding, and all things mom, sign up for the Real Wellness WomenIRL newsletter