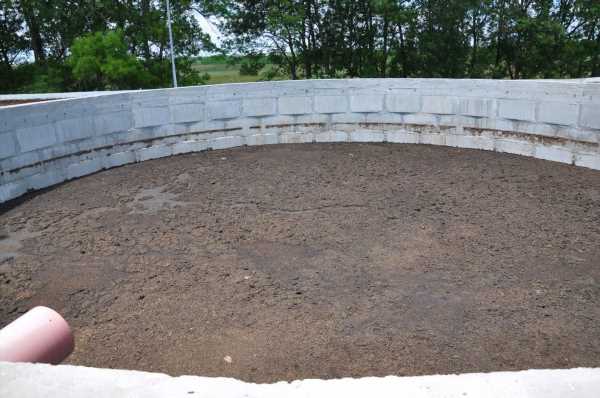 Three men in Ohio died this week after entering a manure pit and passing out from the fumes, according to news reports.

The men, who were brothers, had entered the manure pit to fix a pump, according to local news outlet KDKA. They were knocked unconscious by the fumes and became trapped in the pit, where first responders found them on Tuesday (Aug. 10), KDKA reported. The men were rescued and taken to local hospitals. All three men died at the hospital that same day, according to Insider.

Manure pits, which are used to store animal waste for use as fertilizer, produce toxic gases that can be deadly. Decomposing manure produces hydrogen sulfide, methane, ammonia and carbon dioxide, all of which can be hazardous to humans and animals at high concentrations, according to the National Agricultural Safety Database (NASD).

The most dangerous of these gases is hydrogen sulfide. At low levels, the gas gives off an odor of rotten eggs, and causes eye and throat irritation, according to NASD. At moderate levels, exposure causes headache, nausea and dizziness. As concentrations of the gas increase, it paralyzes nerve cells inside the nose, and causes a loss of smell, NASD says. This means a person can’t rely on their nose to detect dangerously high levels of hydrogen sulfide.

When the manure in the pit is agitated or pumped for use, levels of hydrogen sulfide can quickly rise from 5 parts per million (ppm) to more than 500 ppm, a level that can lead to unconsciousness. Breathing hydrogen sulfide at levels above 600 ppm can cause death in just one or two breaths, according to NASD.

Exposure to the ammonia in manure pits can cause eye and throat irritation, wheezing and shortness of breath.

In addition, both methane and carbon dioxide are dangerous because they can displace oxygen inside an enclosed space, leading to asphyxiation.

People who enter manure pits should take necessary safety precautions. Such precautions include testing gas levels with a meter before entering, or wearing a self-contained breathing apparatus (SCBA) and a safety harness. It’s also important for people who attempt to rescue those trapped in a manure pit to wear protective equipment, according to NASD.

“Unless the rescuer is wearing SCBA protective equipment … there is a strong likelihood that the rescuer will also succumb to the toxic gases or lack of oxygen. There have been numerous instances where several farmers have been killed while attempting to remove someone from a pit or facility,” according to the NASD.

“Always treat a [manure] pit as if it is a death trap,” the website says.

Rachael has been with Live Science since 2010. She has a master’s degree in journalism from New York University’s Science, Health and Environmental Reporting Program. She also holds a B.S. in molecular biology and an M.S. in biology from the University of California, San Diego. Her work has appeared in Scienceline, The Washington Post and Scientific American.