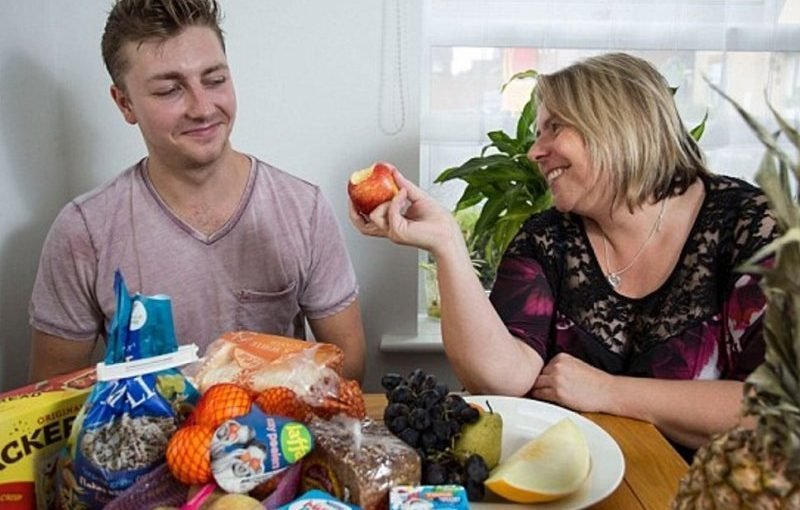 This 21-year-old young man almost couldn’t eat nothing but potatoes and chicken with 4 years of age. However, he still managed to eat fruits and vegetables after passing specific therapy.

The young Englishman Ryan Howard for almost 20 years, ate only chicken and potatoes, and only recently for the first time tasted the fruits and vegetables. Ryan suffers from a rare eating disorders, because of which his diet was sharply restricted to 4 years of age. But now he has the opportunity to try all varieties of food after passing specific therapy. The young man was the victim of selective eating disordersthat is not due to any physiological disturbances and mental problems. Victims of this disorder are faced with some sort of food phobia because of which they are afraid to eat certain foods. The disorder starts in early childhood, and any attempt to try food that is not perceived by the person as safe, can lead to serious psychological breakdowns.

Treatment for selective eating disorders involves the use of various pharmaceutical drugs as well as psychotherapy. The greatest effect shows the application of cognitive behavioral therapy, through which he passed Ryan. After these sessions, he has lost the fear to eat other food and started actively trying. Today he says that his favorite dish is a pineapple.

Earlier relatives of Ryan was very afraid that because of such a poor diet a young man will face any serious health problems in the future. But experienced therapists took the key to the emotions and fears this guy. He says that not only got rid of their phobia, but also got a real burst of energy, now consumes a variety of foods, not the same. (READ MORE)