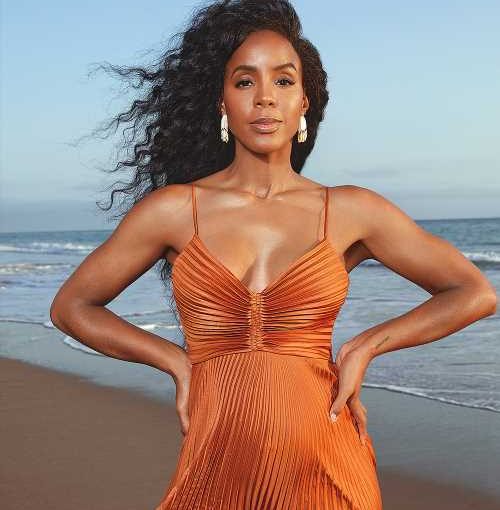 Titan Jewell is going to be a big brother!

Kelly Rowland reveals the happy news of her second pregnancy on the November cover of Women's Health.

"We had been talking about it loosely, and then COVID happened, and we were just like, 'Let's see what happens,' " the 39-year-old tells the outlet, before admitting that she got pregnant right away.

Rowland, due later this year, says she hesitated to share the news publicly — especially during a time when the country is facing the coronavirus pandemic and a national reckoning on race.

"But you still want to remind people that life is important," she says. "And being able to have a child… I'm knocking at 40's door in February. Taking care of myself means a lot to me." Rowland, who shares 5-year-old son Titan with husband Tim Weatherspoon, admits she felt an "overwhelming sense of exhaustion" soon after confirming she was expecting. She used her first trimester to rest.

The Destiny's Child alum admits that she worried her fans would be disappointed she would not drop music, but she says, "I have to figure this out so they get both."

Rowland has been indulging in several cravings, including chocolate and peanut butter. (However, she does admit that she chugs four liters of water a day.)

During her pregnancy with Titan, Rowland says she took her fitness to the next level. This time, the "Motivation" singer kept it to yoga, walks and stretches alongside a physical therapist.

RELATED: Kelly Rowland Urges People 'Not to Judge Others' amid Cancel Culture: 'Stop Tryin to Be God' Rowland also says she's thought a lot about what it's like to raise two Black children during a time when Black lives are often taken for granted.

"I'd just put Titan to bed," she says of finding out the news of George Floyd's death earlier this year. "I got into the shower, and I had this real hard, ugly, deep cry. Because I promised to protect my kid. That was the main thing I was thinking about: protecting this little innocence."

Rowland, however, remains optimistic about bringing her second baby into the world. "I'm gonna look like a real dinosaur, with this belly in the middle," she tells the outlet, laughing, about playtime with her son during her pregnancy.

RELATED: Kelly Rowland Opens Up About Being Compared to Beyoncé: 'I Would Just Torture Myself in My Head' Last year, Rowland told PEOPLE that it was "not the right timing" to have a baby, but that her son kept asking for a sibling — specifically a brother.