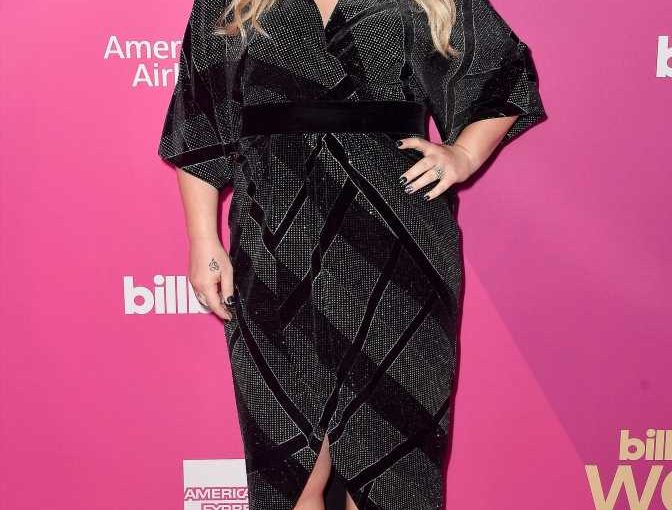 Kelly Clarkson is nipping any mom shaming in the bud as far as her daughter's hair is concerned.

On Saturday, the "I Dare You" singer revealed on Twitter that she gave her 6-year-old daughter River Rose a purple streak in her hair. While she didn't show off her older child's new look, she said River feels like a rock star with the colorful hairdo.

"I put a purple streak in my daughter's hair today and I swear to you she thinks she is as cool as Prince now," wrote Clarkson, 38. "Full on air guitar, singing at the top of her lungs, that is what's happening."

Getting ahead of any trolls who might disapprove of dyeing her child's locks, Clarkson — who also shares son Remington "Remy" Alexander, 4, with ex Brandon Blackstock — wrote that she used "safe, organic paint" for the color changing process.

" … and before I get attacked for being the worst mom ever, it's safe, organic paint," she concluded the tweet, adding an eye-roll emoji for good measure.

A supportive fan replied to the singer, sharing a photo of her own niece with purple hair at age 4. "Have fun with your kiddos Kelly," wrote the user, to which Clarkson replied of the girl's hair, "Oh my gosh this is so rad! LOVE IT!!"

Earlier in the day, Clarkson tweeted that she was "having the best morning" before also posting about Remy and his newfound habit.

She wrote, "Me to my son: Son, why are you grabbing at yourself so much? Son to me: Because it's fun."

In June, Clarkson filed for divorce from Blackstock, 43, after almost seven years of marriage. At the time, a source told PEOPLE that the American Idol alum will always consider her kids' well-being first and foremost as she deals with her marital matters.

"Her priority is making sure her children grow up in a stable, loving environment," said the insider.

Since the start of her relationship with Blackstock, Clarkson has been close with his two teenage children from a previous marriage. "She's always thought of Seth and Savannah as her own too, and she has a special relationship with both of them," added the source. "Kelly wants to remain close with her step-kids."

Last month, a source told PEOPLE that Clarkson has remained strong and busy throughout her split from Blackstock. "Kelly is a doer, a pusher, someone who forges ahead even when it's difficult for her," said the insider. "Being busy is a blessing and she knows that."