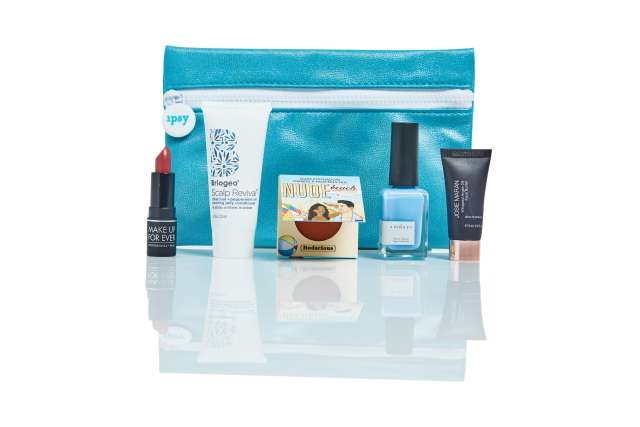 Ipsy cofounder Jennifer Goldfarb is stepping down from her role as president of the company, WWD has learned. She will remain on in the new role of executive chairwoman.
Fernando Madeira, formerly the president and chief executive officer of walmart.com, has joined Ipsy as president.
Goldfarb will remain "actively involved" with the influencer-centric subscription-box service and beauty event producer she cofounded with ceo Marcelo Camberos and Michelle Phan. In her new role, she will focus on driving Ipsy's brand partnerships, corporate social responsibility and work culture.
Her decision to step down came after health issues she dealt with last year caused her to reevaluate her workload. The operational structure, she said, will allow her to focus on what she's "most passionate" about.
"In many ways, it's adding someone rather than replacing," said Goldfarb. "Transitioning roles is the right move for me, and we're really excited to bring on Fernando — his heritage in media and experience in commerce is a perfect fit for us."
At walmart.com, Madeira led the U.S. and Latin American web sites. Prior to that, he cofounded and was ceo of Terra, the first Internet portal in Brazil.
Madeira will take over Goldfarb's day-to-day responsibilities as president, and is also charged with building out Ipsy's burgeoning e-commerce marketplace, Shopper, which the company began testing in November.
While some subscription-box companies have struggled, Ipsy has found success with events such as Gen Beauty and its in-house YouTube talent network. Because of its link to influencers, many beauty brands find Ipsy's Glam Bag subscription to be a strong brand-awareness driver. The Shopper platform has grown 400 percent since its launch. It offers more than 200,000 sku's from some 200 beauty brands, including Jen Atkin's Ouai, Tarte and Ofra Cosmetics.
"All those videos, the talent we work with, the events, the broader network of creators — that's where we integrate the Glam Bag and Shopper, and it's shopping, but in an entertaining way that's closely tied to content and superpersonalized with data," said Camberos.
Going forward, Goldfarb said she expects e-commerce to become a bigger part of the business than the Glam Bag subscription. "There's a bigger opportunity there," she said.
Source: Read Full Article