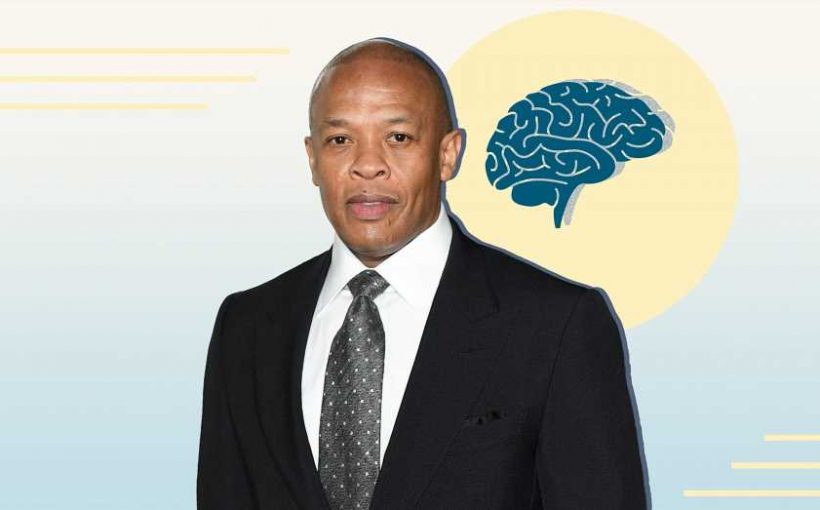 Rapper and business mogul Dr. Dre—whose legal name is Andre Romelle Young—has reportedly suffered a brain aneurysm, first reported by TMZ on Tuesday. Dre, 55, apparently suffered the aneurysm on Monday, and then was rushed to the intensive care unit at Cedars-Sinai Medical Center in Los Angeles.

In an Instagram post shared Tuesday night, Dre updated his fans on his condition, saying that he's "doing great and getting excellent care" at Cedars-Sinai. "Thanks to my family, friends and fans for their interest and well wishes," he added. "I will be out of the hospital and back home soon."

Further details about Dre's reported aneurysm remain unknown, including what may have caused his health scare, though sources told TMZ that doctors were performing tests on Dre to get more information about his condition.

What is a brain aneurysm?

As previously reported by Health, a brain aneurysm is an abnormal bulge or "ballooning" in the wall of an artery in the brain. When this bulge fills with blood it can put pressure on surrounding nerves or brain tissue. If it bursts—also called a hemorrhage—blood can spill into the surrounding tissue, leading to serious health issues including a stroke, brain damage, coma, or even death.

What are symptoms of a brain aneurysm?

If an aneurysm is smaller, it usually doesn't cause symptoms until they enlarge or rupture. Symptoms of a larger, unruptured brain aneurysm can include:

A ruptured brain aneurysm is a medical emergency, usually signalled by a sudden, extremely severe headache. Other symptoms can look like:

What causes a brain aneurysm?

Brain aneurysms can happen to anyone at any age, but are most common in adults between the ages of 30 and 60, as well as women, and in those with certain inherited disorders. According to the Brain Aneurysm Foundation Brain aneurysms are also not rare—one in every 50 people, or about 6.5 million people in the US have an unruptured brain aneurysm.

How is a brain aneurysm treated?

Treatment for a brain aneurysm depends on the type, size, and location of the aneurysm, risk of rupture, the person's age and health, personal and family medical history, and risk of treatment.

Treating a small, unruptured aneurysm could actually cause more problems down the line. However, with ruptured aneurysms, the National Institute of Neurological Disorders and Stroke (NINDS) says 25% of patients do not survive the first 24 hours, and another 25% die from complications within the first six months. Treatment for various aneurysms could include surgery or less invasive endovascular treatment, as well as medication or rehabilitation therapy.