Home » Personal Health » Chrissy Teigen Says She's On Bed Rest Due to a 'Weak' Placenta—But What Is That? 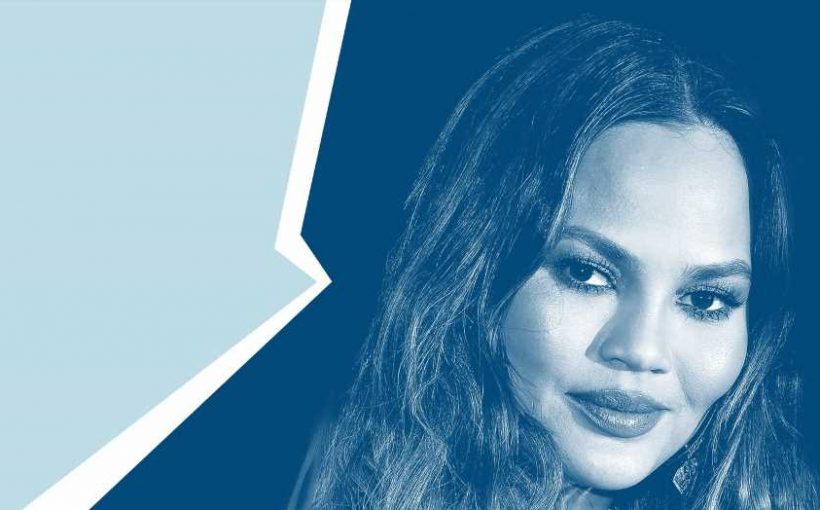 Chrissy Teigen, who's currently pregnant with her third child, announced earlier this month that she's on bed rest—and Thursday evening she opened up a bit more about what's going on with her pregnancy that has put her there.

"Hello friends," Teigen, 34, said to open up her heart-to-heart with Instagram fans (that's how she says her kids' teachers greet them, PS). Then, she got right into it: "My placenta sucks," she said. "It's always been kind of the bad part of my pregnancies, with Luna, with Miles [the placenta] just like stopped feeding him, it stopped taking care of him." Because of this, Teigen said Miles, 2, and Luna, 4, were born early and that she had to be induced both times.

With this pregnancy so far, Teigen said that the baby is "growing beautifully, everything’s good, I’m feeling really good, but my placenta’s really, really weak, and it’s causing me to really bleed a lot.” Teigen said that her pregnancy is considered “pretty high risk,” adding, “We just have to get my placenta healthy again and that means not moving. So I’m on complete and total don’t get out except to pee pee bed rest." (By the way, she let it slip in this series of Instagram Stories that the baby is a boy.)

Teigen then tried to reassure other pregnant women who might be experiencing bleeding. “If you are bleeding, you’re probably just spotting, honestly,” she said. “A lot of pregnant women spot. Either way, talk to your doctor, always let them know if you’re bleeding."

Teigen also cautioned pregnant women from getting thrown “into a crazy spiral” like she said she would if she heard her news. "Spotting is spotting and it’s totally different from what I’m going through, which is just gushing amounts of blood, honestly, OK? You would know. You would know the difference,” she said.

What does it mean to have a “weak” placenta?

Before we get into that, it’s important to go over what a placenta is and does. According to the American College of Obstetricians and Gynecologists (ACOG), the placenta is an organ that’s formed during pregnancy that functions as a life-support system for the baby. It transfers oxygen, nutrients, and hormones to the fetus from the mom, and takes out waste products from the fetus for removal.

Having a “weak” placenta isn’t a medical term, but it could be used to describe a condition known as placental insufficiency, women’s health expert Jennifer Wider, MD, tells Health. “It is caused by the placenta not developing properly or is damaged,” she says.

With placental insufficiency, “the placenta isn’t necessarily as healthy as it is in a regular, uncomplicated pregnancy,” Christine Greves, MD, a board-certified ob/gyn at the Winnie Palmer Hospital for Women and Babies, tells Health. Placental insufficiency can happen in women who have blood clotting disorders, anemia, and diabetes, Dr. Greves says. (Just to be clear, Teigen has never said she has any of these conditions, nor do we know her medical history.)

A placental insufficiency may be detected through an ultrasound and by other monitoring, Dr. Greves says.

What can happen if you have placental insufficiency?

There are a few different things that can happen when you have placental insufficiency. One is that the baby may not be growing as well as it should “It can cause low birth weight, premature birth, and potentially birth defects if not managed properly,” Dr. Wider says. In more extreme cases, a placental insufficiency can lead to pregnancy loss, Dr. Greves says.

As for the bleeding Teigen said she’s experienced, it’s not necessarily tied to the placental insufficiency, but it could be, Michael Cackovic, MD, a maternal-fetal medicine physician at The Ohio State University Wexner, tells Health. “Spotting is common in pregnancy but it’s never normal,” he says. “Ultimately, I’m not surprised when somebody has a history of spotting or bleeding in pregnancy and then develops placental insufficiency.”

How is placental insufficiency treated?

You can only do so much about your placenta once it’s formed, Dr. Greves says. But, if your doctor has determined that you have placental insufficiency, she says you’ll likely be given a lot more monitoring through more frequent doctor’s visits, stress tests, and ultrasounds.

But a lot of the treatment around placental insufficiency depends on what else is going on with your health, and how your doctor typically responds to it. “It all depends on what the obstetrical team decides,” Dr. Greves says. So as long as bed rest is what Teigen's doctors are prescribing for her and her baby, that's exactly what she should do.