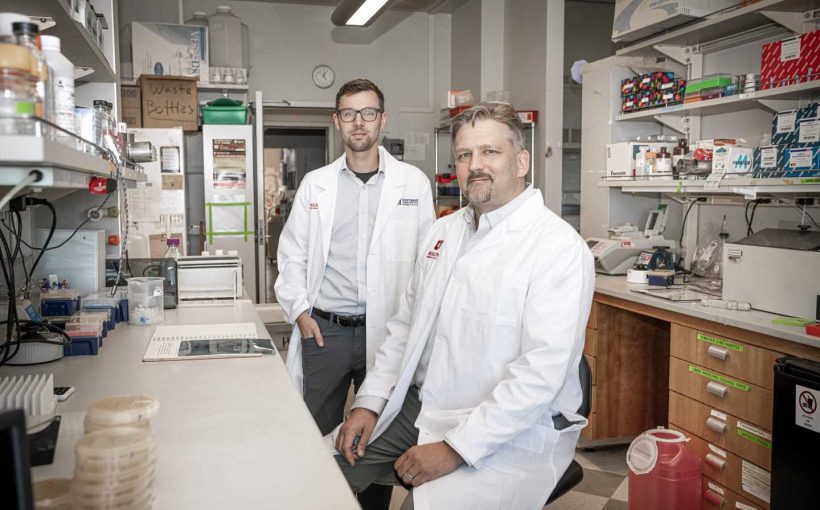 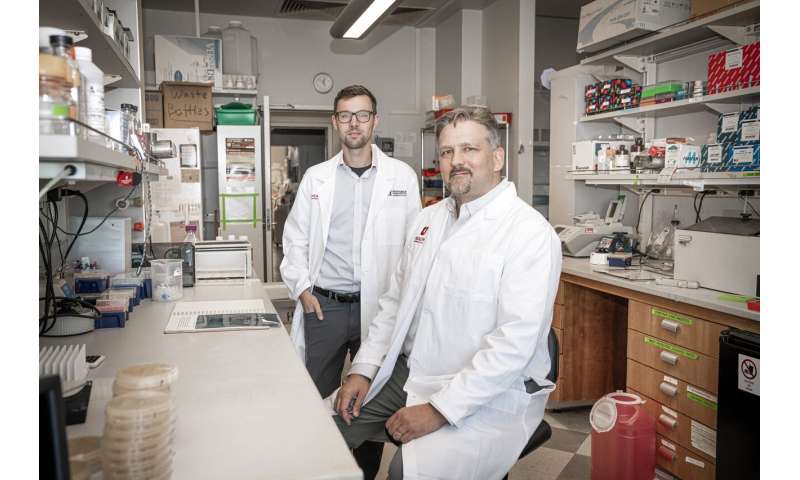 A discovery by scientists at Huntsman Cancer Institute (HCI) at the University of Utah (U of U) could lead researchers to a more effective way to treat pancreatic cancer. Their findings were published today in Developmental Cell.

Pancreatic cancer is one of the deadliest cancers. It is difficult to diagnose, is often not found until it has spread to other parts of the body, and is mostly untreatable. Like most cancers, pancreatic cancer develops in part because of genetic changes in healthy cells, making those cells grow out of control. These genetic changes can’t be reversed and usually don’t respond to anti-cancer drugs.

Nathan M. Krah, HCI researcher, MD/Ph.D. candidate at the U of U, and lead author of the study, explained what researchers set out to discover. “All the cells in our body have a specific job to do. Previous work from our laboratory supports the idea that cancer cells lose the ability to do their normal job. In this study, we wanted to understand what would happen if pancreatic cells knew how to do their job, no matter what signals they were receiving.”

Charles Murtaugh, Ph.D., HCI researcher and associate professor of human genetics at the U of U, is the senior author of the study. He and his team conducted studies focused on PTF1A, a protein used by pancreas cells to override genetic changes and remain “differentiated” or healthy. “Differentiated cells are non-dividing and well-behaved. PTF1A maintains this good behavior in differentiated cells of the pancreas,” Murtaugh said.

The researchers primarily worked with mouse models. They introduced cancer-causing mutations into normal cells. When pancreatic cancer occurs, PTF1A is always shut down. Researchers were able to prevent that and found keeping PTF1A on was enough to completely block pancreatic cancer cells from forming. They also found early-stage cancer cells reverted back to normal pancreas cells when PTF1A was turned back on. PTF1A also blocked the growth of late-stage cancer cells.

The researchers took their experiment beyond mouse models. They studied human pancreatic cancer cell lines and performed similar experiments on cells grown in culture dishes. They found turning on PTF1A blocked the growth of cancer in about half of these cell lines. Murtaugh said this result was surprising. “PTF1A made pancreas cancer cells behave normally, and this property correlated with its ability to activate differentiation.”

Krah says the strength of this research is showing pancreatic differentiation is a powerful way to prevent and reverse cancer initiation in a variety of models and circumstances. “We varied conditions and timing of re-differentiations and always obtained the same result—expression of PTF1A was sufficient to stop cancer initiation and progression.”

Krah believes this development is encouraging for pancreatic cancer patients in the long run, but not the immediate future. “I think once we have an idea of how this differentiation state is turned off in early stages of pancreatic cancer, we might have a better idea about how to restore it. But we’re probably years away from being able to apply our findings to human patients,” he said.

Murtaugh agrees with his colleague, “We can’t launch a clinical trial on this tomorrow, but now we have straightforward ways to proceed that might lead to new approaches in the next five to ten years.”