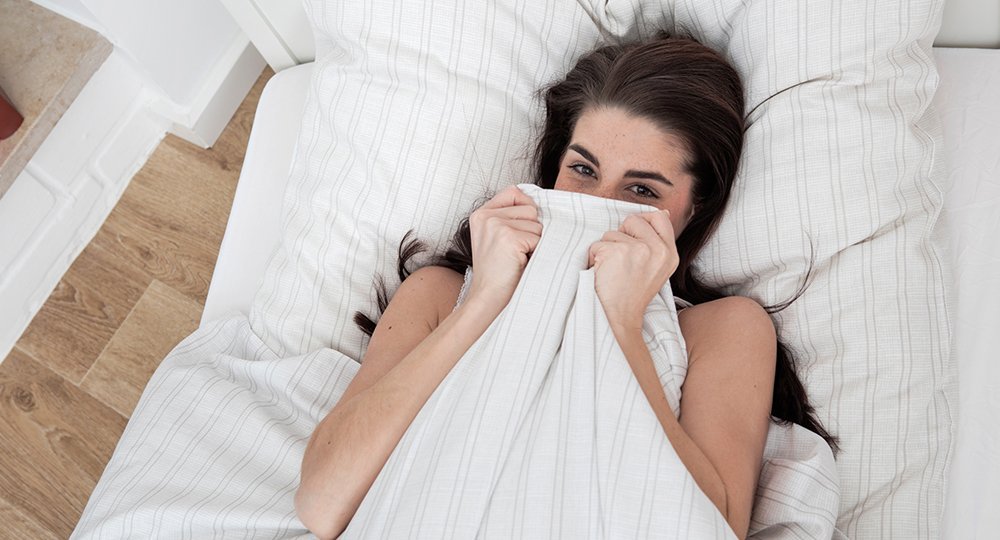 CAN I REALLY BREAK HIS PENIS?

WHAT SHOULD I DO IF THE CONDOM COMES OFF INSIDE ME?

First, don’t panic. Crazily enough, this is totally common, says Dweck. “Retrieve the condom and insure it is intact,” she instructs. “Even if you think there is no spillage of contents, if you are not using another form of contraception such as the pill or IUD, I recommend emergency contraception ASAP if you don’t desire pregnancy.” Next? Get tested if it’s at all possible that either you or your partner could have an STD. Have more birth control concerns?

WHY DON’T I EVER ORGASM DURING SEX? WHAT CAN I DO?

IS IT POSSIBLE TO PEE DURING SEX?

Not really. It’s more likely that you feel the urge to pee, which is actually good news according to Emily Morse, Ph.D., host of Sex With Emily. “This means your G-spot is being hit in the right way, and you might be close to orgasm,” Morse explains. “While it is possible to leak urine during sex, especially if the bladder is really full, I suspect this is actually not urine at all but rather female ejaculation which can occur during orgasm,” says Dweck.

HOW CAN YOU PREVENT QUEEFING DURING SEX?

Unfortunately, you can’t really, it’s just one of those natural phenomena we have no control over. “Queefing is due to trapped air in the vagina and can occur during or after intercourse,” says Dweck.

IS IT NORMAL TO GET REALLY WET DURING SEX?

Yes, there’s absolutely nothing wrong with a little liquid–or a lot, says Dweck. If you’re having the opposite problem, grab some lube. Bonus: Lots of lubrication can make it even easier to orgasm.

WHAT’S THE DEAL WITH CURVED PENISES?

Penises come in every size, shape, and color (just like vaginas!). Some curve up, down or sideways while erect. “This is very common and shouldn’t be of concern unless he is experiencing pain or it interferes with sex,” says Morse. “If a mans penis starts to change and gets curvier over time, he might have Peyronie’s disease which can come from injuring himself during sex,”. If this is the case he should go see his doctor. Otherwise acurved penis is totally normal and might just hit you in all the right places (lucky girl).

Just talk about it! Don’t be ashamed to address sexual issues, especially if you’re in pain or you’re not enjoying sex. Morse assures that if he’s too small and is unable to please you during intercourse, there are obviously plenty of other things he can do. “Let him know how good it feels when he uses his fingers or mouth on you, or how sexy it is to watch him tease you with his hands.” So what if the guy is too big for comfort? “Use a lot of lubricant during intercourse, and go slow,” says Morse. She also suggests favoring cowgirl over missionary: “The woman on top position is best because you’re more in control of the motions and can slowly lower yourself down until it feels just right,” she suggests.

HE’S AWFUL AT ORAL, HOW DO I HELP?

Every woman requires different types of stimulation during oral sex because every woman’s body is different. So it’s important to speak up and tell him what you like—something as simple as “slow down baby”, or “a little to the left” might be all the direction he needs. “If he doesn’t listen or take instructions very well, you can always show him with your fingers which areas are most sensitive along with the pressure, speed and motion you need,” Morse recommends. “Then he can follow along with his tongue and improve his oral skills to your liking.” Or you can send him these eight ways to spice up oral sex—we promise he’ll take the hint.