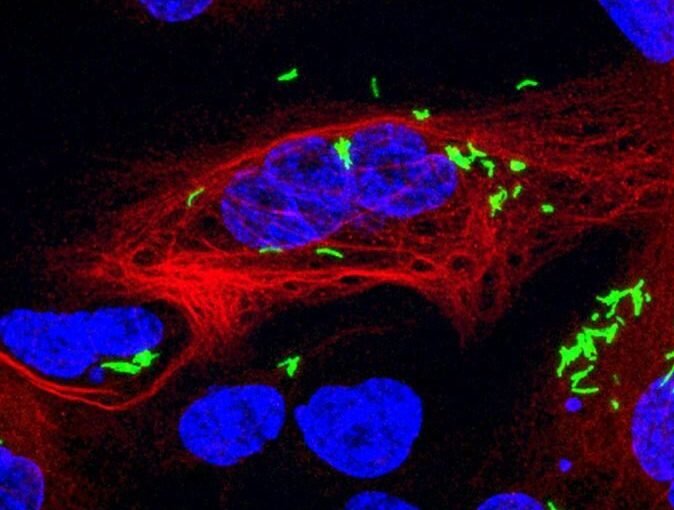 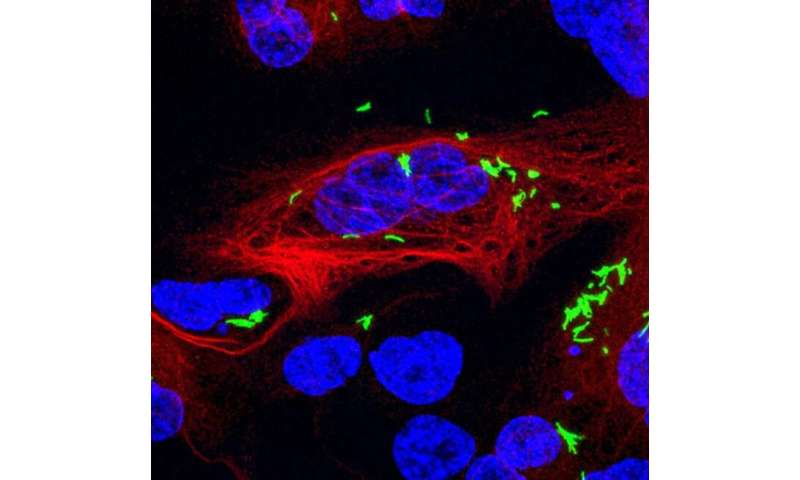 Tuberculosis is a potentially deadly though curable disease. Each year about 10 million people develop active cases, and 1.6 million people die. In addition, about 1.7 billion people around the world are infected with TB bacteria, which can lie dormant for weeks to years, then become active and cause disease in up to 10 percent of those who are infected.

Today, people who contract tuberculosis typically take a course of drugs for six to eight months. However, the length of treatment means some patients don’t stick with the therapy or may develop adverse effects from drug toxicity. Some may develop resistance to the drugs, requiring changes in the drug regimen that can lengthen the treatment to as long as two years. Even worse, there is a high fatality rate among those with drug-resistant TB.

In new research, UCLA scientists have reported finding a way to significantly reduce the duration of treatment by using an approach called “artificial intelligence-parabolic response surface.” This data analysis method identifies which drug combinations work synergistically—that is, individual drugs working together in a way that is more potent than the sum of their individual potencies. The method, when used in cell culture and subsequently mouse models of TB, allowed researchers to quickly identify three- or four-drug combinations among billions of possible combinations of drugs and doses, that significantly cut the duration of TB therapy. These regimens are suitable for treating both drug-sensitive TB and most cases of drug-resistant TB—that is, they are “universal” regimens—and are up to five times faster than the currently available standard treatment.

“If our findings are replicated in human studies, patients will be cured much faster, be more likely to adhere to the drug regimen, suffer less drug toxicity, and be less likely to develop drug-resistant TB,” said Dr. Marcus Horwitz, distinguished professor of medicine and microbiology, immunology & molecular genetics at the David Geffen School of Medicine at UCLA, and the study’s senior author.

The study is published in the peer-reviewed PLOS One.

The artificial intelligence-parabolic response surface platform was developed by co-author Chih-Ming Ho, distinguished research professor of mechanical and aerospace engineering at the UCLA Henry Samueli School of Engineering. The platform has been applied to infectious diseases, cancers and organ transplants.

In all, the researchers evaluated 15 drugs to identify the best four-drug combinations. The two most potent regimens comprised clofazimine, bedaquiline, pyrazinamide, and either amoxicillin/clavulanate or delamanid. Two of the drug regimens achieved a 100 percent cure rate, without relapse, in mice in three weeks. Another regimen cured the mice in five weeks. Both of the drug combinations included currently approved medications, Horwitz said.

Mice who were treated with a standard drug therapy all still had TB bacteria in their lungs after six weeks, and in companion studies, these mice required 16 to 20 weeks to achieve a 100 percent relapse-free cure.

The parabolic response surface regimens do not include isoniazid and rifampin, the two drugs in the standard regimen to which people with multi-drug-resistant TB develop resistance. They also do not include drugs classified as fluoroquinolones and aminoglycosides, to which people with strongly drug-resistant TB additionally develop resistance. This means that the parabolic response surface regimens are suitable for treating the majority of even the most drug-resistant cases of TB.