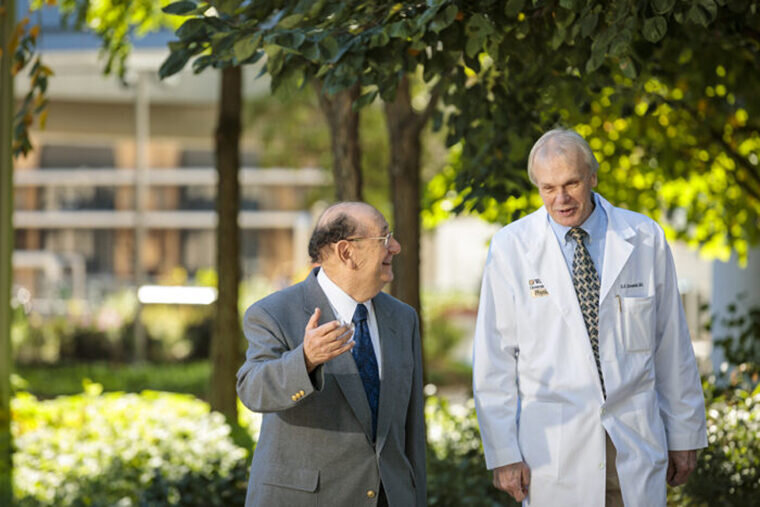 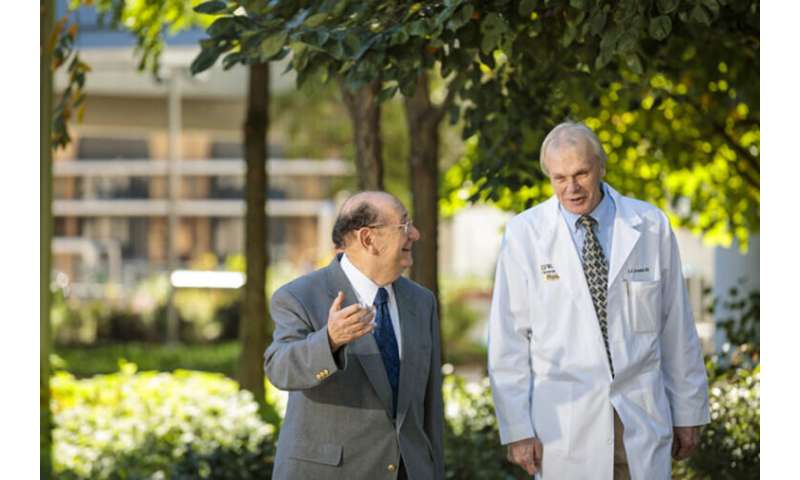 More than 14 million Americans suffer from clinical depression, yet one in three doesn’t experience relief from approved antidepressant drugs. A new treatment approach involving drugs called neurosteroids is on the horizon, however.

Neurosteroids occur naturally in the brain and help regulate and modulate the activity of brain cells, but similar molecules also can be synthesized in the laboratory. They target different receptors in the brain than currently available antidepressants and appear to relieve symptoms more quickly than traditional antidepressants. The strategy of using neurosteroid molecules to treat depression was hatched at Washington University School of Medicine in St. Louis, where its Taylor Family Institute for Innovative Psychiatric Research has been focused on developing more effective psychiatric drugs.

Together with Sage Therapeutics, the Taylor Family Institute has moved that strategy forward with a neurosteroid drug that was shown to be effective in a recent clinical trial. Studying 89 patients—45 of whom were randomly chosen to receive a neurosteroid called SAGE-217, while the other 44 received an inactive placebo—researchers found that the investigational drug reduced symptoms of depression in less than two weeks. The results were published recently in the New England Journal of Medicine.

Charles F. Zorumski, MD, the Samuel B. Guze Professor and head of the Department of Psychiatry, directs the Taylor Family Institute and was one of the authors on the recent publication. He said the speed at which SAGE-217 is heading toward clinical use is remarkable. Another neurosteroid drug developed by Sage already has been approved for clinical use. The intravenous drug Zulresso (brexanalone) was approved by the Food and Drug Administration in March to treat women suffering from serious postpartum depression. Zorumski described the ongoing development of neurosteroids to treat depression and possibly other psychiatric illnesses.

The neurosteroid drug for postpartum depression was the first new antidepressant to come to market in years. What most excites you about this new class of drugs?

First, the investigational drug SAGE-217 is a proof of concept that you can develop an oral neurosteroid drug to treat men and women with major depression. That’s a big deal. Secondly, the drug is given once daily, with a dose of 20 to 30 mg per day, so patients don’t have to take multiple pills each day, which can be the case with other antidepressants. And third, we were excited to see how quickly the drug alleviated symptoms. Patients were doing better in the first few days on the drug. After a week on the drug, they were clearly distinguished from those taking a placebo, and then they continued to improve over 14 days. When the drug was stopped after two weeks, patients maintained the benefit from the drug for almost another 30 days, which was as long as the study lasted. The fact the drug was effective in a two-week trial, that it worked so quickly and that its effects apparently persist is unusual in psychiatry. That’s different from any of the other oral drugs now available for depression.

Where was this drug developed?

This particular drug is a Sage Therapeutics compound, but it was based on a technology platform developed at Washington University. Doug Covey, the Andrew C. and Barbara B. Taylor Distinguished Professor of Psychiatry, has developed more than 700 neurosteroid compounds in his lab. The university licensed that library of compounds to Sage, and those molecules became the basis for what the company developed. Although SAGE-217 is not one of the hundreds of compounds developed here, there is a joint Washington University-Sage compound that is progressing toward clinical trials now, and we believe other promising compounds soon may be in the pipeline.

How do these neurosteroid drugs relieve depression?

The drugs are mildly sedating. They interact with GABA receptors in the brain. GABA is the major inhibitory neurotransmitter in the brains of all mammals, so an agent that augments GABA can be sedating. In fact, the biggest challenge with brexanalone for postpartum depression is the potential for excessive sedation. Sleepiness also affected some of the patients who took SAGE-217, but that’s not necessarily bad because sleep disturbances are a big problem in depression and in a range of psychiatric illnesses. The drug may relieve depression at lower doses, without causing the sedation that was seen in some patients in the clinical trial, but that needs to be tested.

Can you explain the relationship between Sage and the Taylor Family Institute, and how that’s helping move these drugs into clinical trials?

Our work at Washington University opened eyes to the potential uses of neurosteroids and how the chemical structure of these steroids influences their activity. Initially, nobody thought these naturally occurring molecules would make good drugs because many were vulnerable to being broken down in the body so that they never would make it to the brain. When our early neurosteroid research looked promising, we proposed the strategy to various pharmaceutical companies. Sage was formed in 2010, with Doug Covey as a co-founder of the company. I have served on the company’s scientific advisory board and have been involved in discussions about mechanisms of action and which clinical trials should be designed.