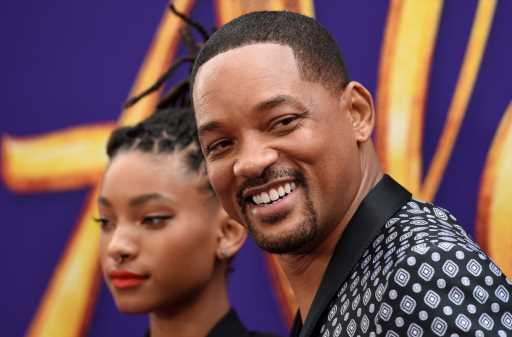 Will and Jada Pinkett Smith seem like two of the coolest, most laid-back parents in Hollywood, frequently opening up about raising their two kids, Jaden and Willow Smith, as well as Trey, Will’s son from his first marriage.

This week, Will dug even further in a candid conversation at “Will Smith: An Evening of Stories with Friends” in Brooklyn, New York. During the event, the actor recalled a moment when his “parenting style changed,” pinning the powerful realization to his daughter Willow‘s successful music career. Back in 2010, Willow released her first single, “Whip My Hair” at just nine years old, going on tour as a supporting act for Justin Bieber when she was just 10.

As reported by People, despite Will believing that he was doing a great job at parenting, two incidents involving Willow made the dad feel like he took the wrong direction. After one tour stop in Dublin, Will insisted that Willow continue performing — even after she said she was “finished” — prompting her to ask, “It doesn’t matter to you that I’m done, Daddy?”

Will also shared that another time, Willow had come to breakfast having “shaved her entire head bald. “I’m looking and I’m like, ‘Got it. I got it, baby. I’m sorry. I apologize. You can stop,’ ” he said, adding, “It was terrifying. I felt like I had been texting looking at my phone and stepped out into the street in front of a bus and Willow snatched me back.”

“As strange as it sounds, in that moment I discovered feelings,” Will continued. “Because of my childhood, because of the way I was raised … I didn’t care about how I felt so I damn sure didn’t care about how somebody else felt. My feelings didn’t matter in my childhood home. You did what you were told to do. I had to really think about the question she was asking me. The question she was really asking was ‘Daddy, does it matter to you how I feel?’ It was so explosive in my mind. That was like a deep, existential question.”

He added, “My parenting style changed in that moment,” he shared.

Of course, any parent can surely relate to those unexpected and seemingly small moments that stick with you for years to come, but it certainly seems like Will learned then about how much agency and individuality his daughter had, even from such a young age. His shift in perspective no doubt helped to support and foster her growth, allowing him to do things differently than he experienced in his own upbringing.

These celebrity moms make us all feel better when they share the highs and lows of parenting.