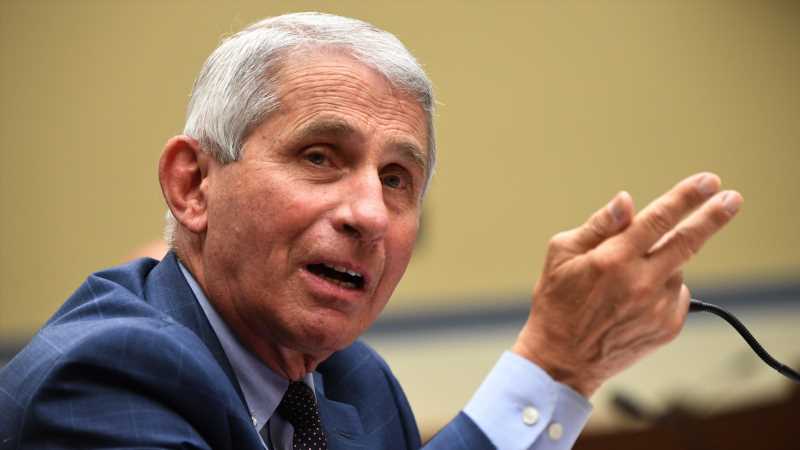 Dr. Anthony Fauci has become quite well known during the COVID-19 pandemic. Fauci serves as the White House coronavirus advisor, which might lead some people to think that he is a supporter of President Donald Trump, but the truth is a little more complicated than that.

Fauci was recently quoted in an ad from the Trump campaign in which he seemingly endorsed Trump. The 30-second ad launched after Trump returned to the White House after a brief stay at Walter Reed National Military Medical Center where he underwent treatment for COVID-19. “President Trump is recovering from the coronavirus, and so is America,” says the narrator (via People). “Together we rose to meet the challenge, protecting our seniors, getting them life-saving drugs in record time, sparing no expense.”

The ad, which is airing in Michigan, then cuts to Fauci seemingly endorsing Trump, saying, “I can’t imagine that anybody could be doing more.”

Dr. Fauci said he does not endorse Donald Trump

Fauci has spoken up, saying that his words have been taken out of context. In a statement to CNN, he said that he did not agree to be featured by the Trump campaign in the ad. “In my nearly five decades of public service, I have never publicly endorsed any political candidate,” he said. “The comments attributed to me without my permission in the GOP campaign ad were taken out of context from a broad statement I made months ago about the efforts of federal public health officials.”

CNN noted that the quote dates back to March, when Fauci commended the White House coronavirus task force’s efforts in limiting the spread of the virus — not Trump himself.

“We’ve never had a threat like this,” said Fauci in March. “The coordinated response has been…There are a number of adjectives to describe it — impressive, I think is one of them… Since the beginning, that we even recognized what this was, I have been devoting almost full time on this. I’m down at the White House virtually every day with the task force. It’s every single day. So, I can’t imagine that under any circumstances that anybody could be doing more.”