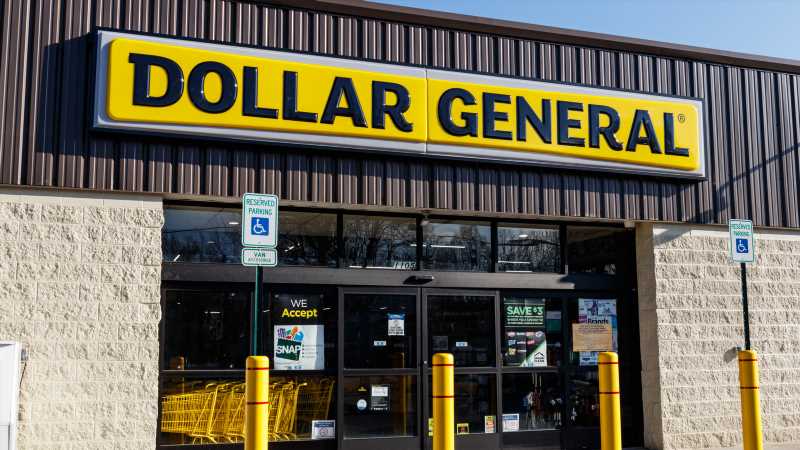 Dollar stores are to today’s shoppers what five-and-dime stores were to older generations: a place where you can fill your cart and still come away with change in your pocket. That’s why people keep flocking to Dollar General for their household needs. According to Insider, the bargain chain is giving Walmart a run for its money; in 2019 alone, it opened nearly 1,000 stores, many in rural areas where residents would otherwise have to travel long distances to pick up staples.

Although Dollar General isn’t a literal dollar store — most items cost more than $1 — they still offer a huge variety of items at prices lower than you’ll see at your local supermarket or department store. A representative circular shows family-sized Kellogg’s cereals at two for $7, six rolls of Bounty towels for $4 (after using a digital coupon), and an assortment of bubble wands, sidewalk chalk, and other summer kids’ necessities for (yes!) $1 apiece.

With a Dollar General within just a few minutes’ drive from most American households, it seems crazy to pay extra for your greeting cards, laundry detergent, and toothpaste anywhere else. Still, there are some items that are best bought from a specialty store rather than a rock-bottom chain like Dollar General. In the case of household tools, you could actually be risking your safety if you go for the bargain.

Bargain tools are no bargain

The adage “you get what you pay for” definitely applies to household tools like hammers, wrenches, and screwdrivers. It may seem like a smart move to stock your garage or workbench with inexpensive equipment from Dollar General, but this can be more trouble than it’s worth. Brent Shelton, of the now-defunct FatWallet site, told Reader’s Digest that the quality of dollar-store tools is notoriously low, so you can expect to see them fall apart when you least expect it. This could prove hazardous as well as inconvenient: “If you have a cheap clamp that’s holding something in the air above your head and it breaks because it’s poor quality, that could injure you,” Shelton told the publication.

Consumer expert Andrea Woroch also told Reader’s Digest that dollar-store kitchen knives are a poor buy because the blades are usually duller than what’s needed for easy, accurate cutting. This might apply to bladed house and garden tools such as box cutters and shears, as well. A dull blade requires more pressure to operate, which in turn increases the chances of the cutter slipping and hurting the user.

If you need to buy or replace your workbench tools, you’re better off going to a neighborhood hardware store, or to a respected dealer such as Home Depot. The equipment may cost more there than it does at Dollar General, but it’s worth the price for the years of use and the peace of mind you’ll get.