Home » Kids Health » Satyajit Ray at 99: An extract from The Final Adventures of Professor Shonku 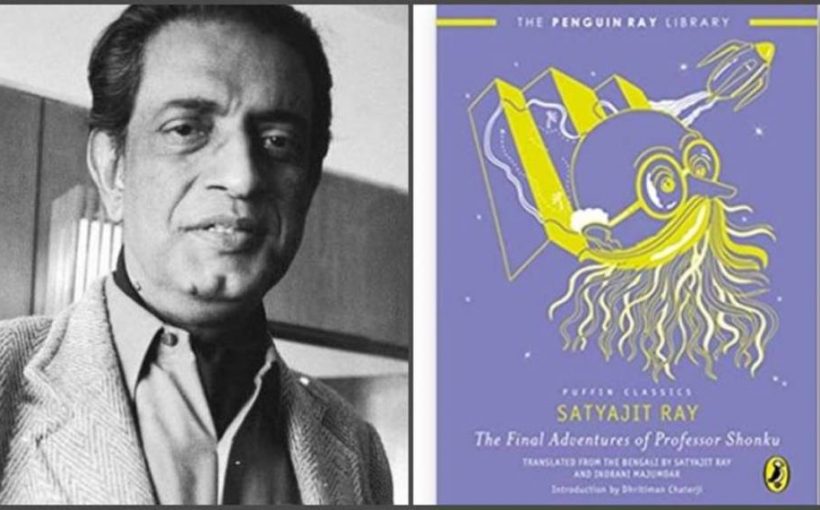 "Ever since my days as a student, when I’d read H.G. Wells’s amazing book, The Time Machine, I’ve nursed this great aspiration to invent such a machine myself. The desire is no longer confined to wishful thinking alone." 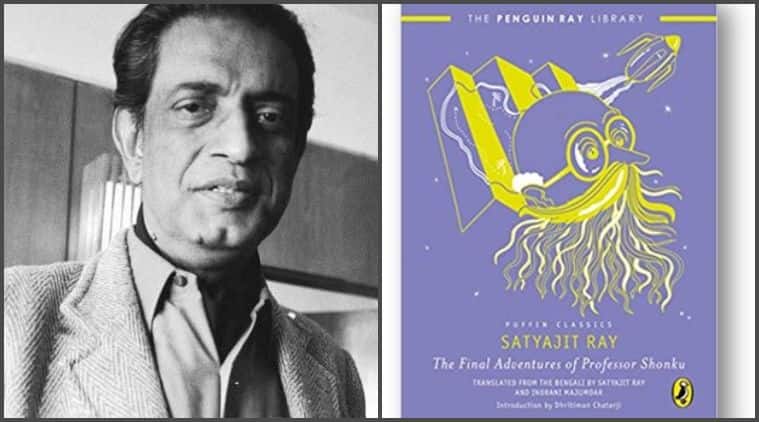 It’s rare that three scientists in three different parts of the world are all conducting research on similar equipment at the very same time. However, that’s exactly what has been going on of late. I happen to be among these three scientists and the gadget I am working on is a time machine.

Ever since my days as a student, when I’d read H.G. Wells’s amazing book, The Time Machine, I’ve nursed this great aspiration to invent such a machine myself. The desire is no longer confined to wishful thinking alone. I’ve put in some real hard work already. It is no longer confined to only a hypothesis or to my imagination. The theory gathered steam when I read out my paper on this subject in a science meet in Madrid last February. The presentation earned me a lot of praise. Yet, due to insufficient funds and the non-availability of the right tools and gadgets, my work in this area could not proceed any further.

In the meantime, I learned from my old German friend Wilhelm Crole that Professor Kleiber of the city of Cologne in Germany has been working on a time machine as well, and making good progress. Kleiber had attended my lecture in Madrid and that’s when I met him. Unfortunately, before he could complete his work, he lost his life in the hands of an unknown assailant. This had occurred a fortnight ago. Physicist Kleiber was a wealthy scientist; he had many interests in addition to this area of science. One such passion was collecting valuable artefacts. The murderer could have been a burglar as three valuable art objects had gone missing from Kleiber’s study, the room where he was murdered. Kleiber had been bludgeoned to death with a blunt object. Despite a thorough search, the police are yet to locate the weapon and the assailant too still remains at large.

The third person working on a time machine at present is a Milan-based Italian physicist, Professor Louise Rondi. Rondi’s machine is complete and it has had a round of demonstrations as well. Rondi wasn’t present in Madrid and I’d no knowledge of his involvement in this area of research. After reading his handwritten letter a month ago, I came to know that his time machine was now ready. He has warmly invited all of us to visit Milan to examine his machine. I am aware of my strong apprehension that I’d lose out in this competition but it is beyond me to predict how he has actually achieved his goal. I’m thinking of taking a trip to Milan this month. Rondi’s not just taking care of my hospitality; he has offered to pay for my air travel too. In fact, Rondi is an extremely well-to-do man. He is known not just as a professor; he is, in fact, Count Louise Rondi. Therefore, it’s easy to infer that he owns huge assets. However, in this present context I can understand his feelings. After all, it requires a true scientist to value and appreciate such a significant discovery. Since I haven’t been successful in this experiment yet, Rondi can’t quite relax till he displays his machine to me. Spending an amount to the tune of Rs 20,000–30,000 is nothing for an affluent scientist like him.

Read: Satyajit Ray: Introduce your child to the maestro through these films and books

I must describe the time machine to those who have no knowledge of what it is. With the help of this machine, one can travel either to the past or to the future. There’s still a difference of opinion among scientists on how the pyramids of Egypt were built. With the help of a time machine a person can now travel 5000 years back in time and can personally observe how these imposing structures were constructed. Why just 5000 years, one can travel, say, 7.5 million years back simply to see what kind of creature the dinosaur was. Does this journey imply that you need to travel physically, in person? I cannot quite comment on this till I see Rondi’s machine. It could be that your body remains static, but what unfolds before your eyes are the images of old times just like a movie. Not bad! What more can you ask for? If mankind today can watch prehistoric cavemen or witness the wars involving Alexander and Napoleon or even see what this world will look like 20,000 years hence, what an extraordinary achievement that would be!

I’ve decided I shall accept Rondi’s invite. Like a child, I’m extremely curious about this machine. I can’t possibly let go of an opportunity to see it.

Yet another letter from Rondi. While I’ve already replied to his previous letter, he must have written me this one before he received my reply. Clearly, he is waiting to receive a eulogy from an internationally acclaimed scientist with much eagerness. Today, I sent off a telegram mentioning the date and time of my arrival.

Out of the blue, Nakurbabu made an appearance. I’ve mentioned him earlier. A very gentle and unassuming man. In fact, he can be too callow and virtuous, yet on occasions he seems to possess such uncanny and supernatural powers that he is able to perceive things beyond the capacity of any normal person. One of his extraordinary faculties is his ability to read the future—it is as if this gentleman turns himself into a live time machine.

Like he does always, Nakurbabu touched my feet and apologized for disturbing me. Then, sitting down on the sofa, he began speaking, warning me that I might have to face some danger in the distant future. His visit was meant to caution me.

Clasping his hands, he said, ‘Well, I can’t describe your risk precisely but I can sense a serious peril awaiting you, one that might even endanger your life. Hence, I thought I ought to inform you.’

‘Will I survive this danger?’

‘Can you tell me when this is likely to strike?’

‘Yes, sir, that I can,’ Nakurbabu answered with conviction. ‘The incident will take place on 21 November at 9 p.m. I cannot say anything more, sir.’

I’ll be reaching Milan on the 18 November. One can see that this predicted incident will come about while I’m there. As far as I know, Rondi is a noble-hearted man. I’ve never heard of anything malicious about him. Will the danger in that case emerge from Rondi’s machine?

Whatever the case, I have to face the circumstances. It won’t be such a bad idea to travel to the past as well as to the future, at least once, before I die!

(Extracted with permission from the book The Final Adventures of Professor Shonku, Translated by Satyajit Ray and Indrani Majumdar, published by Puffin.)

📣 The Indian Express is now on Telegram. Click here to join our channel (@indianexpress) and stay updated with the latest headlines