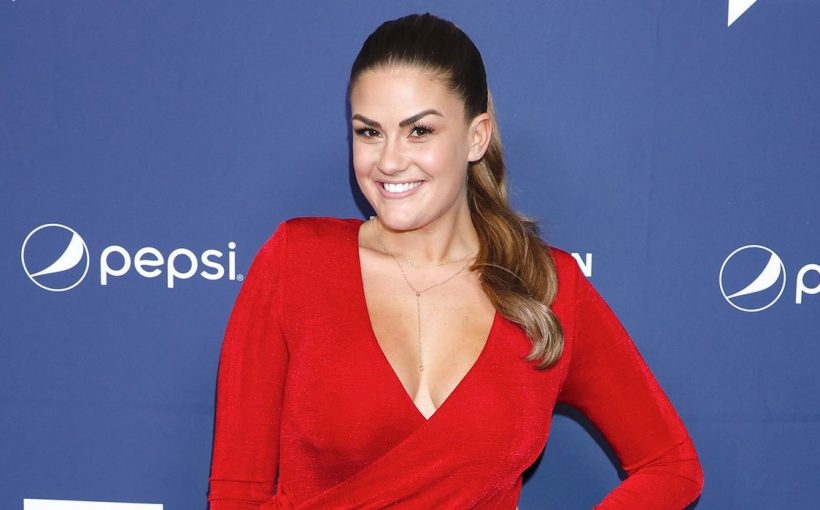 Just right! Pregnant Brittany Cartwright clapped back after being shamed for the size of her baby bump.

“Some of y’all are just sad and I wish you happiness someday,” the Vanderpump Rules star, 31, wrote on her Sunday, November 1, Instagram Story alongside a paragraph describing the 16th week of pregnancy. “I am happy and healthy and I’m going to enjoy my pregnancy no matter what the trolls say.”

The paragraph noted that “all baby bumps at 16 weeks are different,” explaining, “Believe it or not, some women don’t really show at 16 weeks pregnant, while others have pronounced bumps. The wide variety of baby bumps can be attributed to everything from a woman’s size and shape to whether this is her first pregnancy or her second, third or fourth. Whatever you do, don’t compare your 16 weeks pregnant belly to anyone else’s.”

The Kentucky native had her budding belly on display on Saturday, October 31, while dressed up as The Grinch for Halloween. “It’s not a dress, it’s a kilt, sicko,” she captioned a mirror selfie at the time, quoting the 2000 movie. Her husband, Jax Taylor, dressed as the reindeer Max.

The pregnant star previously showed her bump progress on Thursday, October 29, at a Halloween party with Kristen Doute, Katie Maloney and Stassi Schroeder.

Cartwright and the Michigan native, 41, announced in September that they are expecting their first child and revealed the baby-to-be’s sex weeks later with the help of blue confetti cannons. “IT’S A BOY!” Taylor captioned an Instagram slideshow of the “special moment” at the time.

His wife isn’t the only pregnant cast member of the Bravo show. Us Weekly broke the news of Schroeder’s pregnancy in June, followed by Lala Kent’s announcement in September and Scheana Shay’s earlier this month.

Cartwright gushed over the “Good as Gold” singer’s recent pregnancy announcement, writing via Instagram: “Yay so excited!!! So many angel babies.”

She and Taylor tied the knot in June 2019 in Kentucky.