“We have an L.A. lover,” the Real Housewives of Orange County alum, 35, captioned Tuesday, December 17, Instagram Story footage of her toddler playing at a park in a yellow dress. The little one dangled from a bar and played with sand toys. 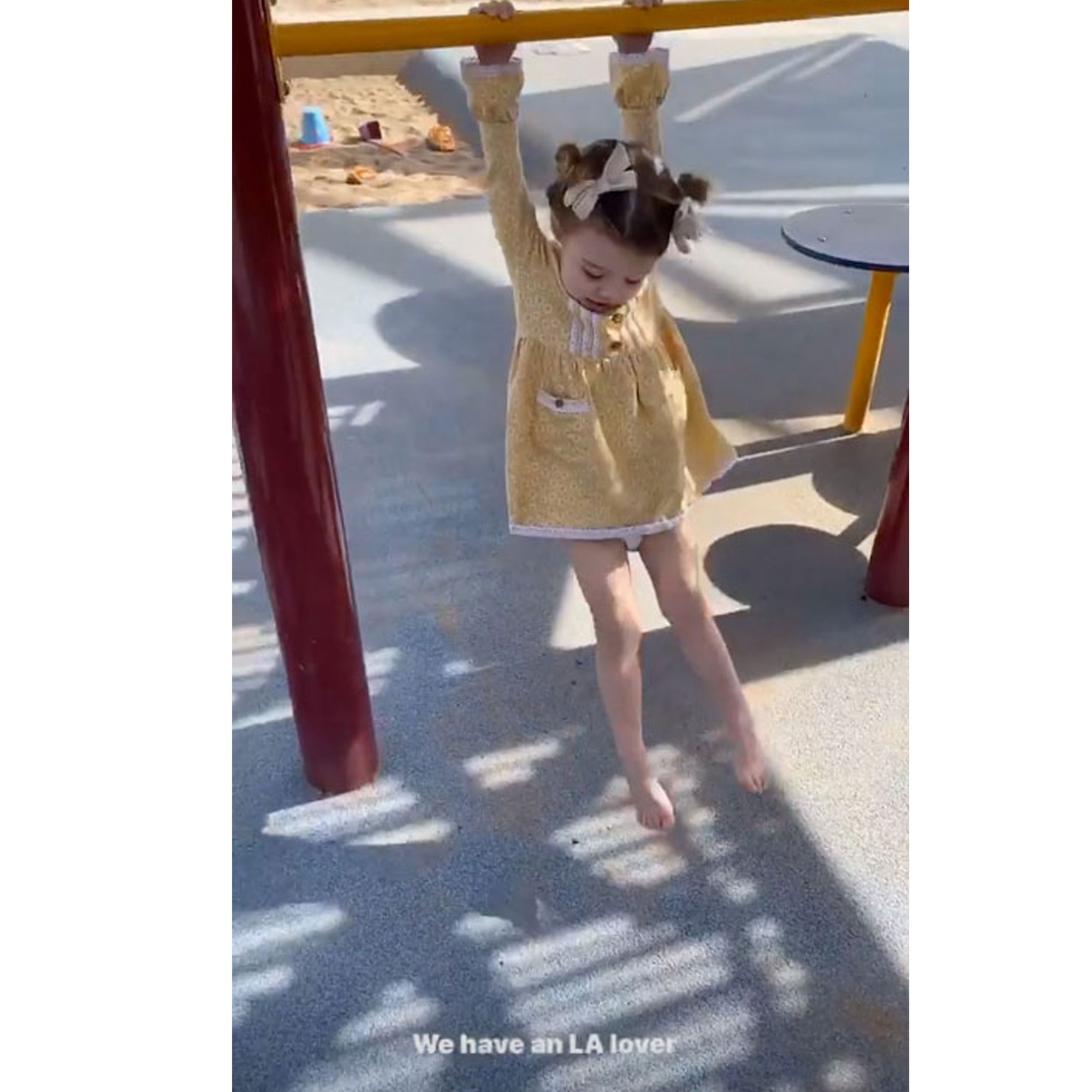 The former reality star revealed earlier this month that she is staying in a “long term rental” in California following her October split from former professional baseball player Jim Edmonds. Meghan reunited with Aspen and her 18-month-old twin sons, Hayes and Hart, on Friday, December 13.

“A taste of city living in the Los Angeles suburbs,” the former Bravo personality captioned an Instagram upload of her eldest riding down the sidewalk at the time. 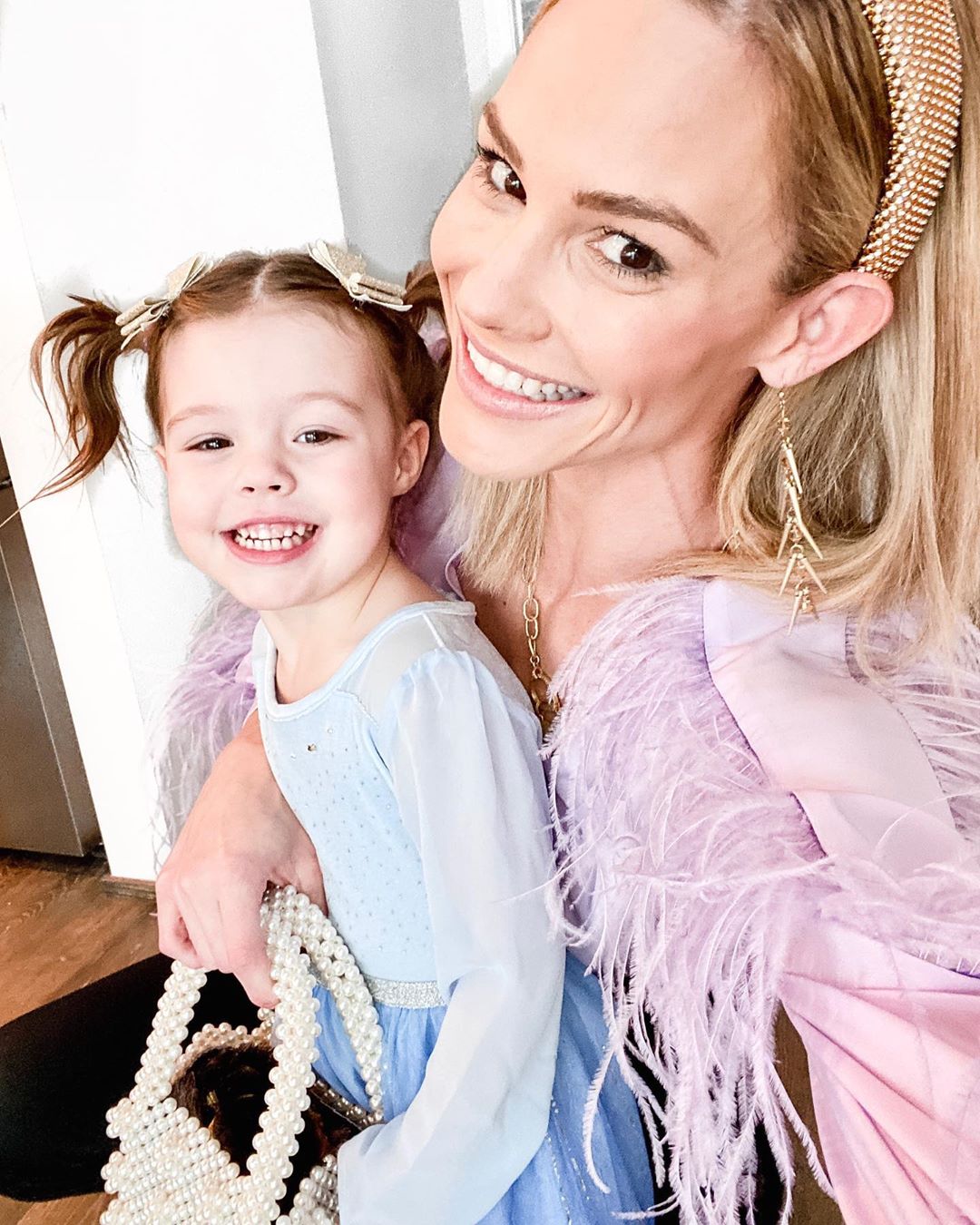 The Missouri native has recently spent a lot of time in California taking Hart to intensive therapy treatments for his “irreversible brain damage,” which is related to his minor Periventricular Leukomalacia.

Meghan detailed his diagnosis in a July blog post. “[The doctor] said that this explains all of my concerns: the rigidity in his muscles, the (somewhat) delayed physical milestones, the lack of fluidity with arm and leg movements, the stiffness in joints, the weakness in his lower back, the somewhat favored use of his right side,” she wrote. “She told me this mainly occurs in premies and since he was not a premie (he was born at 37 weeks gestation) she believes this damage somehow occurred ‘a couple months before he was born.’ She explained that he is at risk for being diagnosed with Cerebral Palsy and will be monitored.”

Three months after this announcement, Jim, 49, filed for divorce from Meghan following rumors that he cheated with one of their four nannies, Carly Wilson. Wilson, 22, and the athlete both denied the accusations.

Jim and Meghan settled on 50/50 custody of their kids in November, and the “Intimate Knowledge” podcast cohost told Us Weekly exclusively the following month that she has “high hopes for the future” coparenting with her ex.

“I think the new year especially, and the new decade, is a great way to kind of launch positive thinking and the law of attraction,” she explained. “I don’t know. New beginnings are huge, so I’m looking forward to that.”